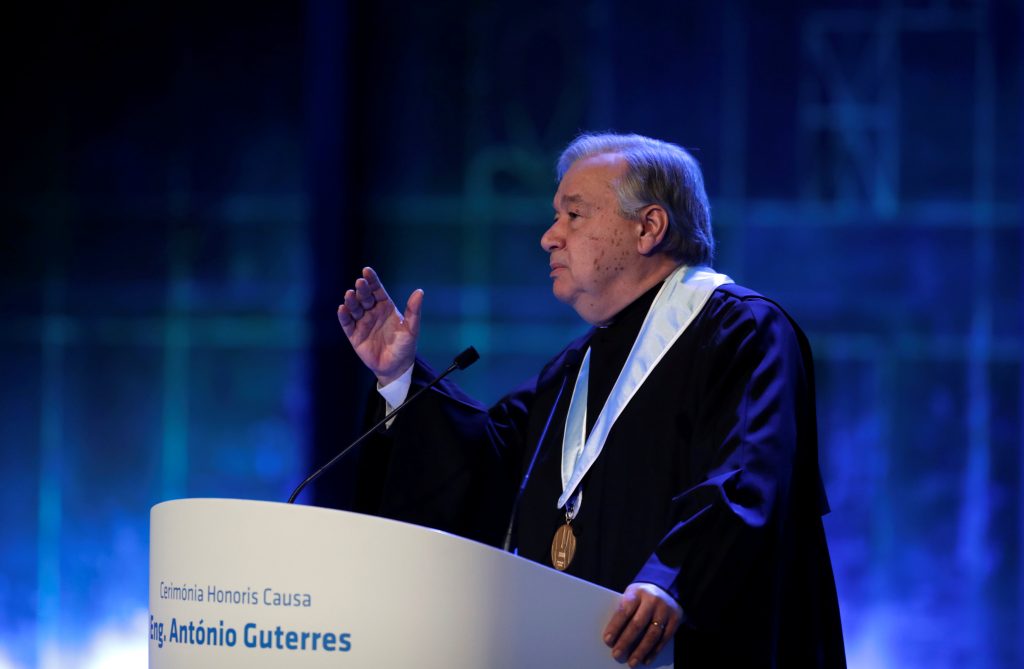 United Nations Secretary-General Antonio Guterres said on Monday that he was worried about the possibility of a direct confrontation between Israel and Lebanon’s Hezbollah terror movement.

Guterres said the latest signals from Israel and the Iranian-backed Hezbollah showed the will to not let this happen but “sometimes a spark is enough to unleash this kind of a conflict.”

Hezbollah said last week it could act against Israeli oil facilities if necessary in a Lebanon-Israel offshore energy dispute. U.S. diplomats have been mediating between the two countries after a rise in tensions also involving a dispute over a border wall and Hezbollah’s growing arsenal.

“I am deeply worried about hard-to-foresee escalations in the whole region,” Gutteres told reporters in his native Lisbon, also referring to Israel’s concerns about various militia groups in Syria approaching its borders.

“The worst nightmare would be if there is a direct confrontation between Israel and Hezbollah … the level of destruction in Lebanon would be absolutely devastating, so there are major points of concern around this situation.”

The powerful Shiite movement is part of Lebanon’s coalition government. Israel sees Hezbollah as the biggest security threat on its borders.

Hezbollah was formed in the 1980s as a resistance movement against Israel’s presence in southern Lebanon. The two remain bitter enemies but there has been no major conflict between them since a month-long war in 2006.