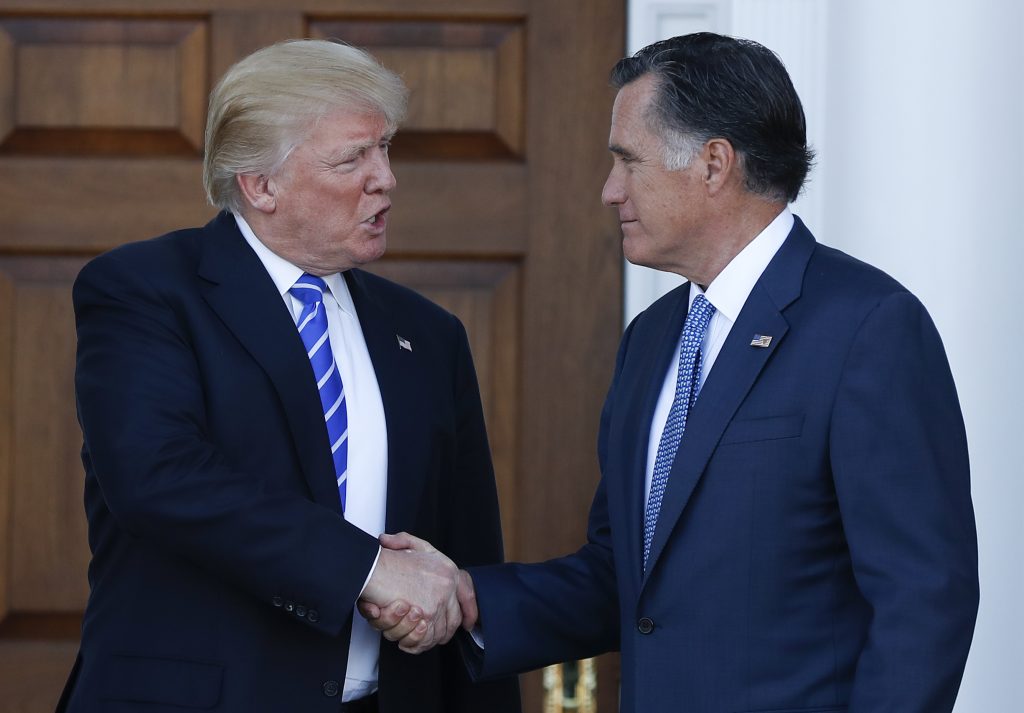 During the 2016 presidential campaign, Romney excoriated Trump as a “fraud” who was “playing the American public for suckers.” Trump responded that Romney had “choked like a dog” in his 2012 campaign against President Barack Obama.

Trump said on Twitter that Romney “will make a great Senator and worthy successor to @OrrinHatch, and has my full support and endorsement!” Romney announced Friday he would run to replace retiring Senator Orrin Hatch.

Romney thanked Trump for the endorsement in a Tweet posted soon after the president’s statement. “I hope that over the course of the campaign I also earn the support and endorsement of the people of Utah,” Romney said.

Despite Romney’s prior criticism, after Trump won the presidency in November 2016, he briefly considered picking Romney as secretary of state.

Republicans hold 51 of the Senate’s 100 seats but many legislative issues require getting the support of 60 senators.

Trump has repeatedly said that he needs more Republicans elected during the 2018 congressional elections to win approval of more of his agenda.

Romney said last week he generally approved of Trump’s agenda, but would not hesitate to call out the president if needed.

“I‘m with the president’s domestic policy agenda of low taxes, low regulation, smaller government, pushing back against the bureaucrats,” Romney said. “I‘m not always with the president on what he might say or do, and if that happens I’ll call‘em like I see‘em, the way I have in the past.”

Trump had lobbied Hatch to run for re-election in 2018, in what was viewed as an effort to prevent Romney from getting into the Senate. Trump and Romney spoke in January after Hatch announced his retirement, a White House official said.

Romney, the son of former Michigan Governor George Romney, helped found the buyout firm Bain Capital and gained prominence after stepping in to lead the organizing committee for the 2002 Salt Lake City Winter Olympics after a bribery scandal. He served as governor of Massachusetts from 2003 to 2007.