Israel Thanks to New Law, No Public Police Recommendations in Bezeq Case
Israel 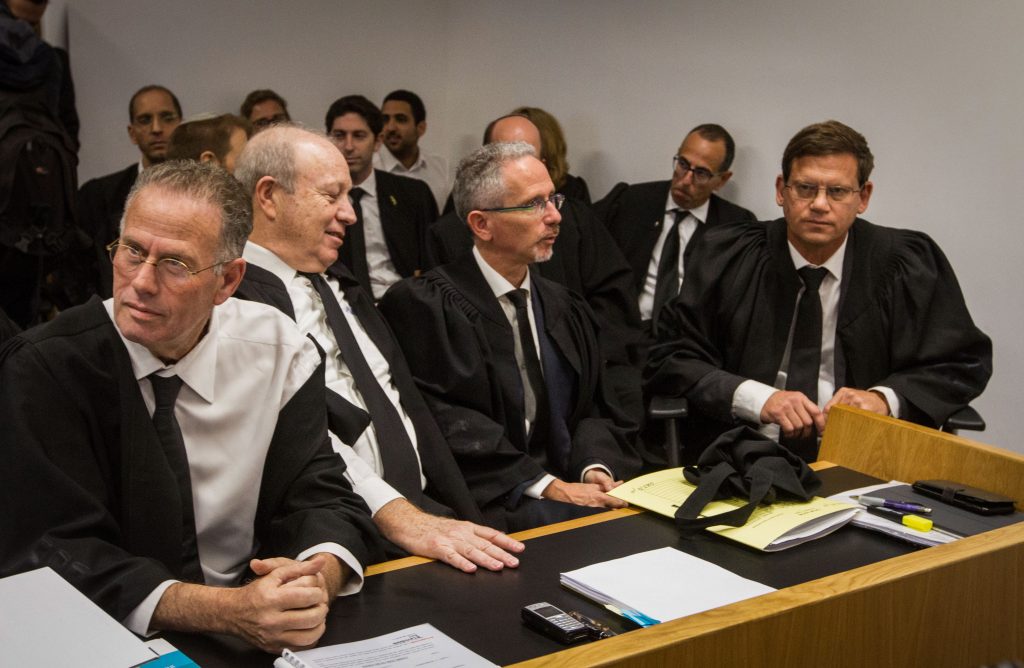 Unlike in the other investigations ongoing against Binyamin Netanyahu, police will not be publicizing their recommendations for or against prosecution of the Prime Minister in the newest case he is said to be involved in – the “Bezeq Affair,” also known as Case 4000 – due to the recent passage of a law that prevents police from doing so. Case 4000 will be the first one to be investigated under the rcently-passed Recommendations Law, which prevents police from making recommendations on prosecution of ministers under investigation, in order to prevent a “trial by media.”

That doesn’t mean that details of the case will not be revealed – eventually. So far, police have slammed a gag order on details of the case, including keeping secret the identities of seven associates of millionaire Shaul Elovich and Netanyahu who are accused of corruption in the case. The seven were arrested Sunday, and police are said to be seeking an extension of the remand of several of them. According to Hadashot News, Netanyahu will soon be questioned “under warning,” meaning that police will be asking tough questions about his involvement in the matter.

At the heart of the scandal are favors that were allegedly done for Elovich, the majority shareholder in Bezeq and the Walla news site. The investigation focuses on benefits Elovich allegedly received in his efforts to take control of Bezeq in exchange for positive coverage of Netanyahu on the Walla News site. Netanyahu and Elovich met several times during the period that Netanyahu was Communications Minister, the report said. According to Hadashot News, police have a “solid case” that Netanyahu actively, and not just passively, aided Elovich by easing regulations on monopolies, which had prevented Bezeq from acquiring the YES satellite organization.

That deal was eventually approved, but has been the subject of an investigation by the Israel Securities Administration since June. According to the ISA, the results indicate that there is a case for charges to be leveled against Elovich and others, and the case was transferred to the State Prosecutor’s Office, which has asked police to get involved.

Along with Elovich, the ISA had investigate officials in the YES satellite service, and Director General of the Communications Ministry Shlomo Filber. Among other things, Filber is accused of transferring top secret policy documents to officials in YES, which they would lobby for or against based on the company’s interests. Filber and others are also accused of providing other benefits for Elovich, which would have enabled him to pay off a large debt of the Eurocom holding company, which owned Bezeq, YES and the Walla site. Elovich was unable to pay off the debt, however, and lost control of Eurocom.

Police will now investigate Netanyahu’s connection to the case, if any. In a statement, Netanyahu’s Office said that “this is another set of false charges against the Prime Minister, and will be proven as such during the investigation.”

Police last week recommended that prosecutors bring charges against Netanyahu in two other cases: Case 1000, in which Netanyahu was accused of accepting extravagant gifts from millionaire Arnon Milchin, mostly cigars and champagne, and Case 2000, in which the Prime Minister allegedly leaned on the publishers of Yisrael Hayom to limit distribution of their free newspaper in order to benefit from better coverage in rival newspaper Yediot Acharonot. Police also recommended that Milchin and Yediot publisher Arnon Mozes be indicted for their roles in the cases. There is enough evidence against all three to pursue charges, police said in recommendations to prosecutors.