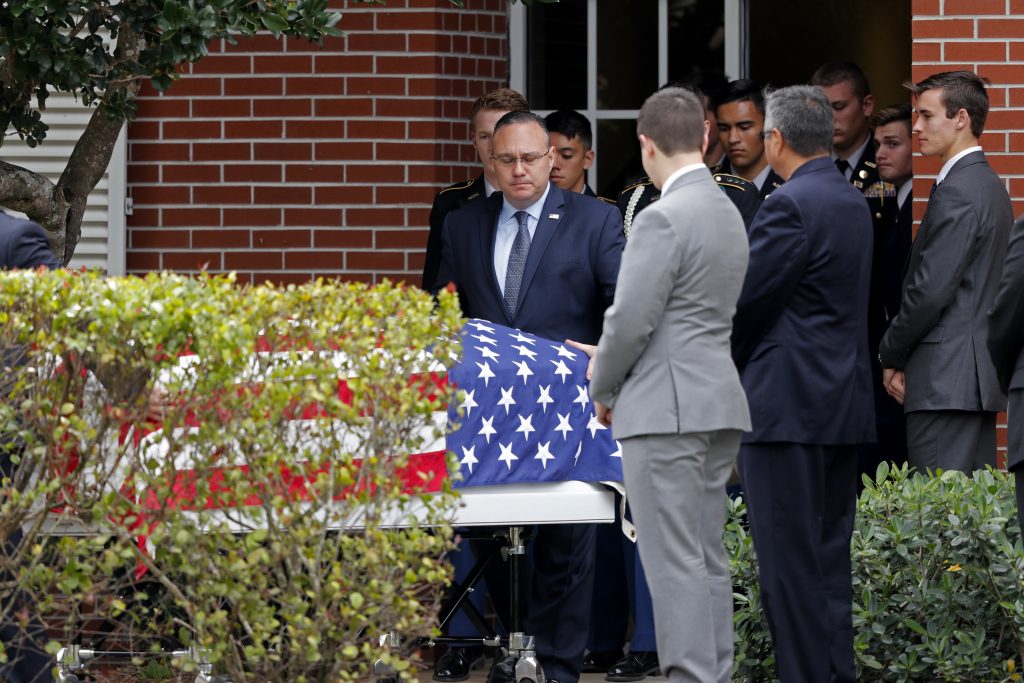 The deadly shooting at a Florida high school has put pressure on the state’s Republican-controlled Legislature to consider a sweeping package of gun-control laws in a state that has resisted restrictions on firearms for decades, lawmakers said Monday.

The legislative effort coalesced as 100 students from Marjory Stoneman Douglas High School prepared to ride buses more than 400 miles to the state capital Tuesday to urge lawmakers to act to prevent a repeat of the massacre that killed 17 students and faculty last week.

The suspect, 19-year-old former student Nikolas Cruz, made his first appearance in court Monday. Wearing a prison jumpsuit, he kept his head down and did not appear to make eye contact with the judge or others in the courtroom, though he responded briefly to someone on the defense team. A previous appearance was by a video connection from jail.

His lawyers have said he will plead guilty if prosecutors agree not to pursue the death penalty. No decision has been made on that.

Soon after the shooting, several legislative leaders were taken on a tour of the school to see the damage firsthand and appeared shaken afterward.

Sen. Bill Galvano, a Republican and the incoming state Senate president, said the Senate was preparing a package that would include raising the age to purchase any firearm to 21, creating a waiting period for purchasing any type of firearm, banning bump stocks that can allow semi-automatic guns to spray bullets quickly, and creating gun-violence restraining orders.

The community around the Parkland school has been holding funerals at the grim pace of several per day. And at the school itself, hundreds of mourners came Monday to lay flowers and hang balloons on
17 religous symbols that now mark a corner of the campus.