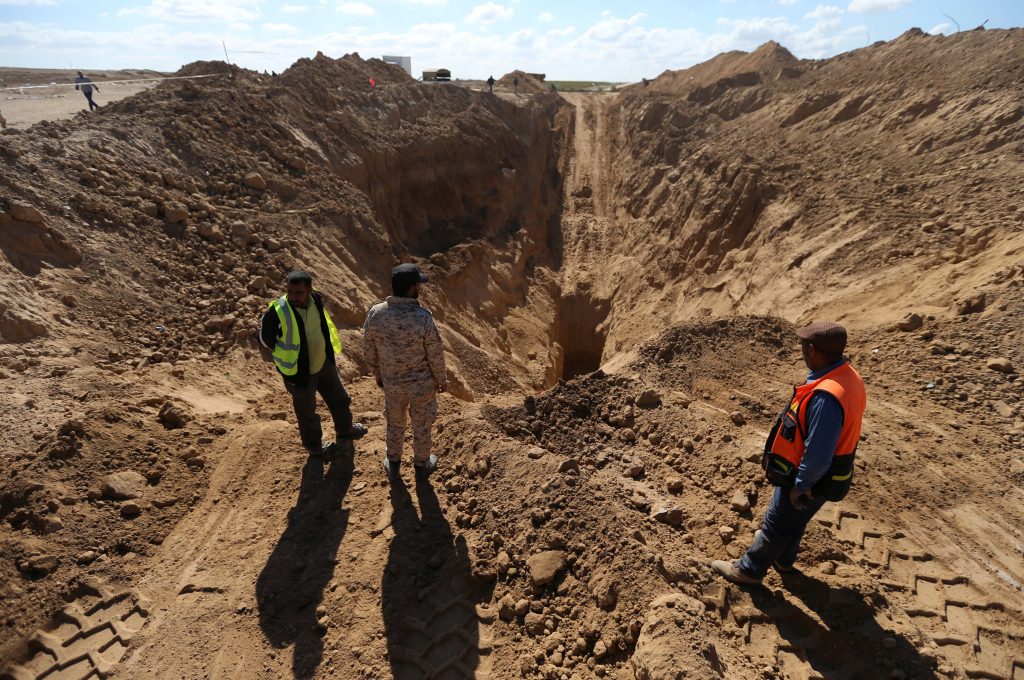 Defense Minister Avigdor Liberman said Monday that the IDF had destroyed a terror tunnel in Gaza, very close to the Kerem Shalom crossing. “These events prove that the IDF is ready for any scenario, with almost no warning,” Liberman told MKs of his Yisrael Beytenu party at a faction meeting Monday.

Israel again struck Hamas targets in Gaza overnight Sunday, after Gaza Arab terrorists again fired missiles at Israel earlier Sunday night. Red Alert warning sirens were sounded in Sderot and other communities in the Gaza border area, and at least one missile was seen hitting Israeli territory. The missile fell in an open area outside Sderot, but one woman was hospitalized for shock in the wake of the explosion.

IDF forces attacked several Hamas targets in Gaza, including an “underground infrastructure,” taken to mean a terror tunnel that was under construction in Gaza. In a statement, the IDF said that it would “continue to act to ensure security for Israelis.” Hamas, the army said, was “responsible for everything that happens in Gaza, both above ground and below ground.”

Liberman said that beyond destroying the terror tunnel, the IDF’s actions had “an important message for Israelis, both in the north and the south. It is possible to continue with daily routines even at times of tension, and we are doing everything we can to ensure that that is possible.”

Last month, the IDF demolished another terror tunnel near the crossing, where the borders of Israel, Gaza and Sinai meet. The army said that the tunnel, which ran for about a kilometer and a half, extended 200 meters into Israeli territory, and was used to bring weapons into Israel for use by terrorists. The IDF said in a statement that it was possible that the tunnel would have been extended into the direction of Sinai, allowing Gaza terrorists to send men and material to Sinai. On the Israeli side, the exit of the tunnel was adjacent to the crossing’s communications center, and a natural gas installation.

Liberman slammed Hamas for building the tunnel next to the crossing. “Hamas’s cynical leadership is willing to harm the oxygen pipe that provides Gaza with almost all its assistance. Our strategy is clear – we are pressuring Hamas before going out on a major campaign,” Liberman said.

Hamas, for its part, said Monday that it had unveiled an Israeli “spy rock,” a video camera that was placed in the area of Beit Lahiya in Gaza that was placed inside a seemingly innocent-looking rock. The rock and camera were identified by an observant Gaza resident. The area where the rock was allegedly found is one where Hamas has been staging riots, with Gaza residents throwing rocks and other objects at IDF soldiers over the border wall. The IDF had no comment.