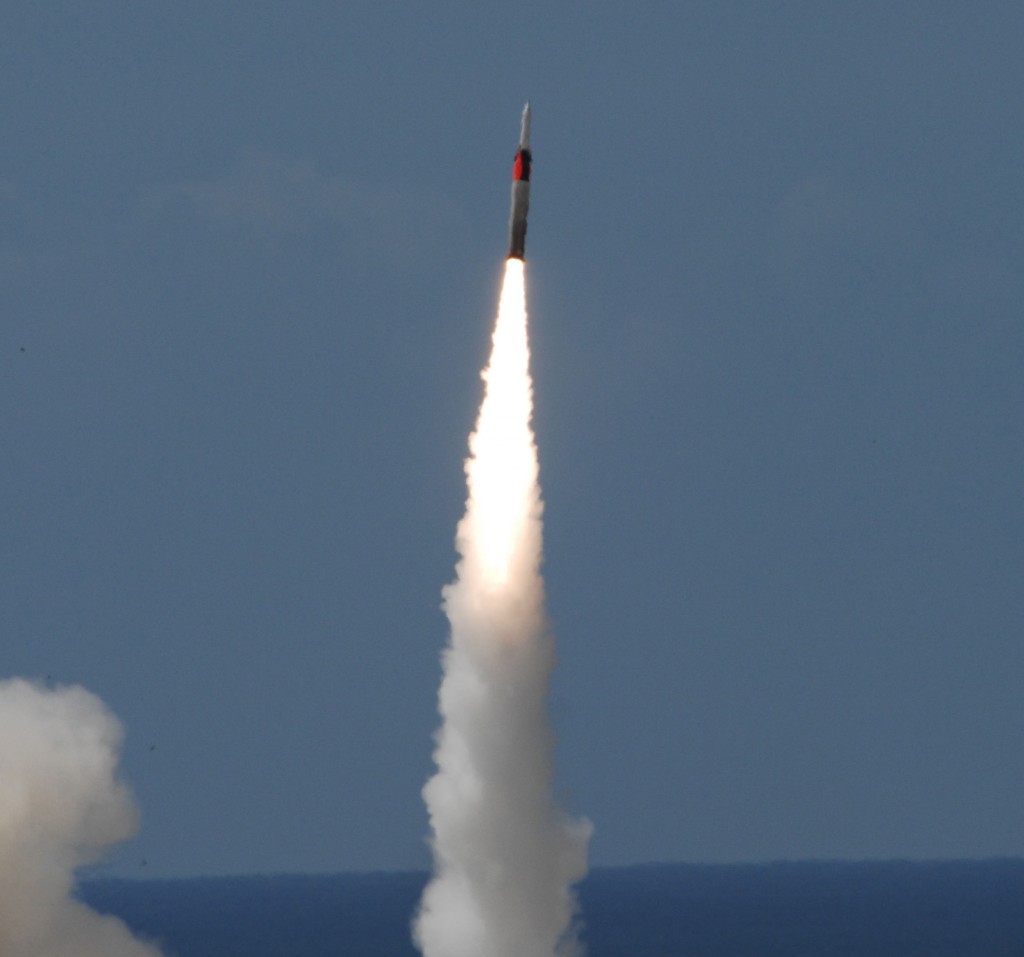 After two postponements due to technical issues, Israel successfully tested the Arrow 3 missile defense system early Monday. The system, designed to catch and destroy missiles even above the atmosphere, successfully did just that in the test, security officials said.

The system, developed by a joint Israeli-American team, was presented to the IDF last month. Two tests of the system in recent weeks were postponed due to technical issues that officials said were not related to the system. In a statement, the Defense Ministry said that the test missile was fired at a target that, had it been a real one, would have been directed at Israel.

Officials said that the test “exceeded all our expectations. We are very pleased with the results, and the system accomplished all its goals in preparation for the next test.” Speaking to reporters, Moshe Patael, director of the Arrow 3 program, said that the successful test Monday would allow for further tests, with the next one scheduled to take place in Alaska later this year, as the test could not be conducted over a populated area.

All the systems have been tested in the field, and the Iron Dome and previous versions of the Arrow systems were used extensively, and with great success, during the 2014 Operation Defensive Edge campaign. A previous version of the Arrow system, meanwhile, saw action in late March, when it was used to shoot down a Syrian rocket. Portions of the missile fell over the northern Jordan Valley and inside Jordan as well. Loud explosions were heard in the area, and residents of Jerusalem reported hearing the explosions as well.

The Arrow was developed jointly by Israel and the United States, with Boeing, Elta, Elbit Systems, Israel Military Industries, Israel Aerospace Industries and Rafael all participating in development and manufacture.