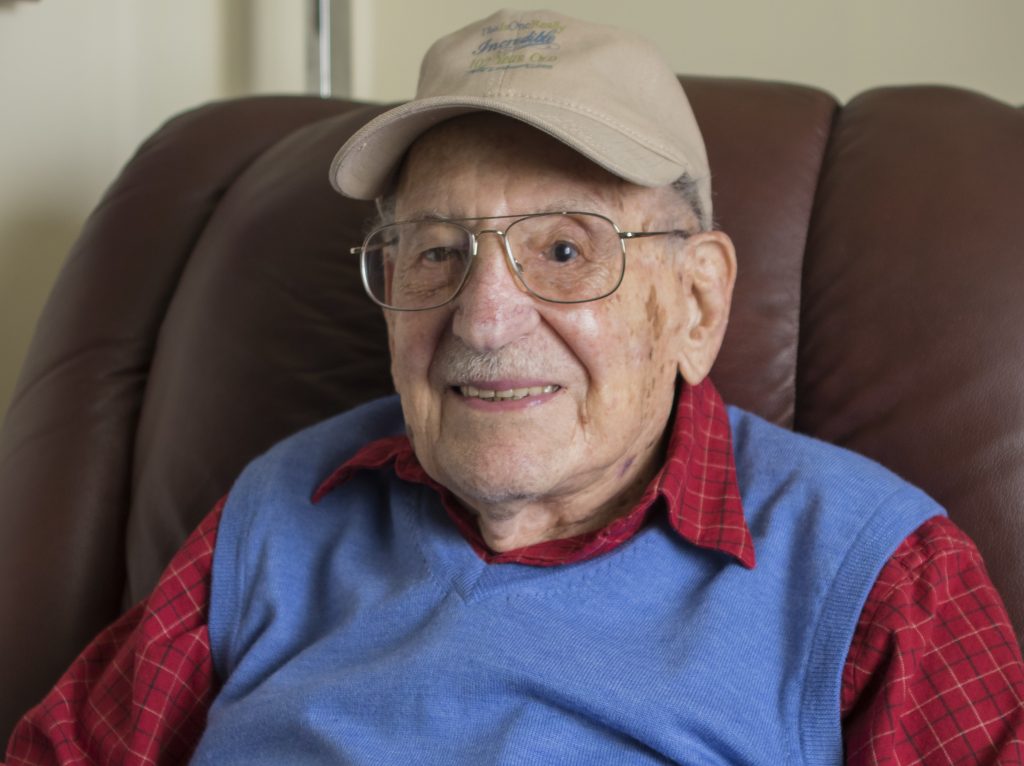 Former Associated Press photographer Max Desfor, whose photo of hundreds of Korean War refugees crawling across a damaged bridge in 1950 helped win him a Pulitzer Prize, died Monday. He was 104.

Desfor died at his apartment in Silver Spring, Maryland, where he’d been living in his retirement, said his son, Barry.

Desfor volunteered to cover the Korean War for the news service when the North invaded the South in June 1950. He parachuted into North Korea with U.S troops and retreated with them after forces from the North, joined by the Chinese, pushed south.

He was in a Jeep near the North Korean capital of Pyongyang when he spotted a bridge that had been hit by bombing along the Taedong River. Thousands of refugees were lined up on the north bank waiting their turn to cross the river.

“We came across this incredible sight,” he recalled in 1997 for an AP oral history. “All of these people who are literally crawling through these broken-down girders of the bridge. They were in and out of it, on top, underneath, and just barely escaping the freezing water.”

Desfor climbed a 50-foot-high section of the bridge to photograph the refugees as they fled for their lives.

“My hands got so cold I could barely trip the shutter on my camera,” he remembered. “I couldn’t even finish a full pack of film. It was just that cold.”

The Pulitzer jury in 1951 determined that Desfor’s photos from Korea the previous year had “all the qualities which make for distinguished news photography — imagination, disregard for personal safety, perception of human interest and the ability to make the camera tell the whole story.” The Pulitzer board honored his overall coverage of the war, based on a portfolio of more than 50 photos, and cited the Taedong River bridge shot in particular.

A native of New York, Desfor was born in the Bronx on Nov. 8, 1913, and attended Brooklyn College. He joined the AP in 1933 as a messenger. After teaching himself the basics of photography and moonlighting as a baby photographer, he began shooting occasional assignments for the AP. He became a staff photographer in the Baltimore bureau in 1938 and moved to the Washington bureau a year later.

During World War II, Desfor photographed the crew of the Enola Gay after the B-29 landed in Saipan from its mission to drop an atomic bomb on Hiroshima in August 1945. He was with the first wave of Marines at Tokyo Bay shortly after Japan’s surrender that month and photographed the official surrender ceremony aboard the USS Missouri on Sept. 2, 1945.

Desfor worked for the AP in the Philippines and in India, where he photographed Mahatma Gandhi and later covered the assassinated leader’s funeral in 1948. He also worked in the AP’s Rome bureau and was set to return to the U.S. when war broke out in Korea.

After the war, Desfor served as supervising editor of Wide World Photos, the AP’s photo service, and returned to Asia in 1968 as photo chief for the region. He retired from the AP in 1978, then joined U.S. News & World Report as photo director.

Desfor and his wife, Clara, raised a son, Barry, of Wauconda, Illinois. Clara died in 2004.

A photo Desfor took during his long career that had particular meaning to him also came from the Korean War. Walking near a field he spotted two hands, blue from cold, sticking up in the snow and photographed them. The hands, which had been bound, belonged to one of several civilians taken prisoner and executed, their bodies left to be covered by snowfall.

“I labeled that picture, later on, ‘Futility,’ because it’s always been — I’ve always felt that it’s the civilians caught in the crossfire, the civilians, the innocent civilians, how futile it is for war,” he said for the oral history. “That epitomized it to me.”