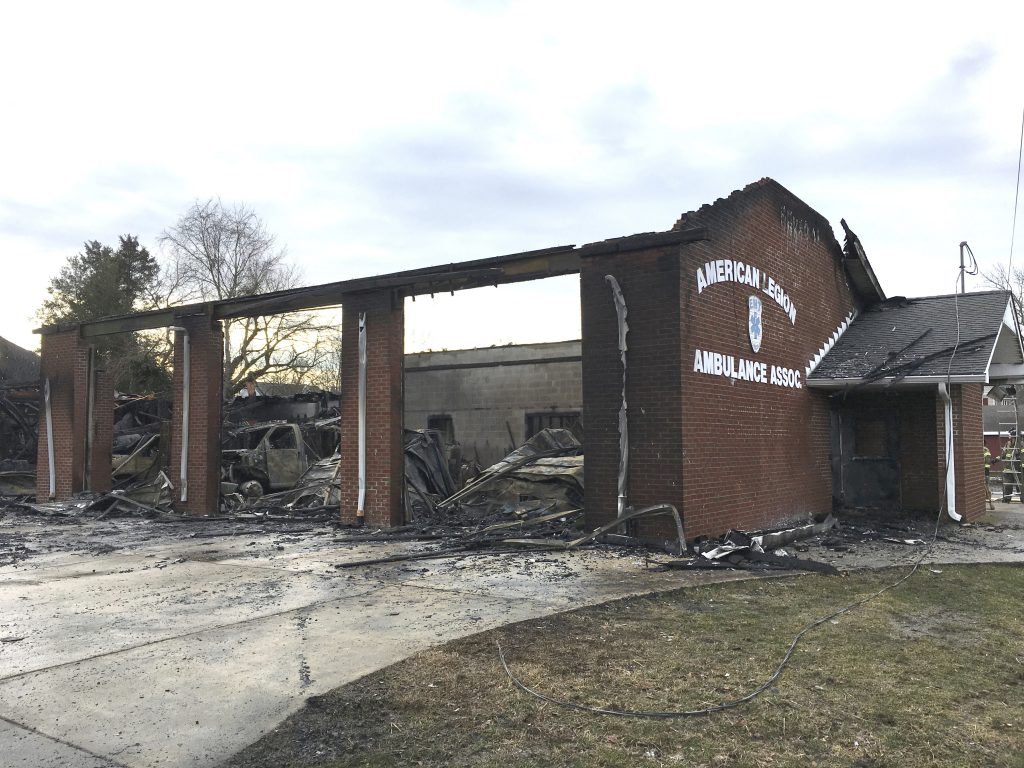 A fast-moving fire has gutted an ambulance squad’s building in New Jersey, destroying five ambulances and causing at least $2 million in damage.

The fire at the American Legion Ambulance Association in Woodstown broke out early Monday and was extinguished about two hours later. Officials say oxygen tanks inside some of the squad’s ambulances exploded shortly after the fire began, helping the flames to quickly spread.

Four squad members who were on duty at the time were inside the building when the fire erupted, but safely escaped. Authorities say one of the workers smelled smoke and soon discovered the fire, then alerted co-workers to leave the building.

The cause of the blaze remains under investigation.