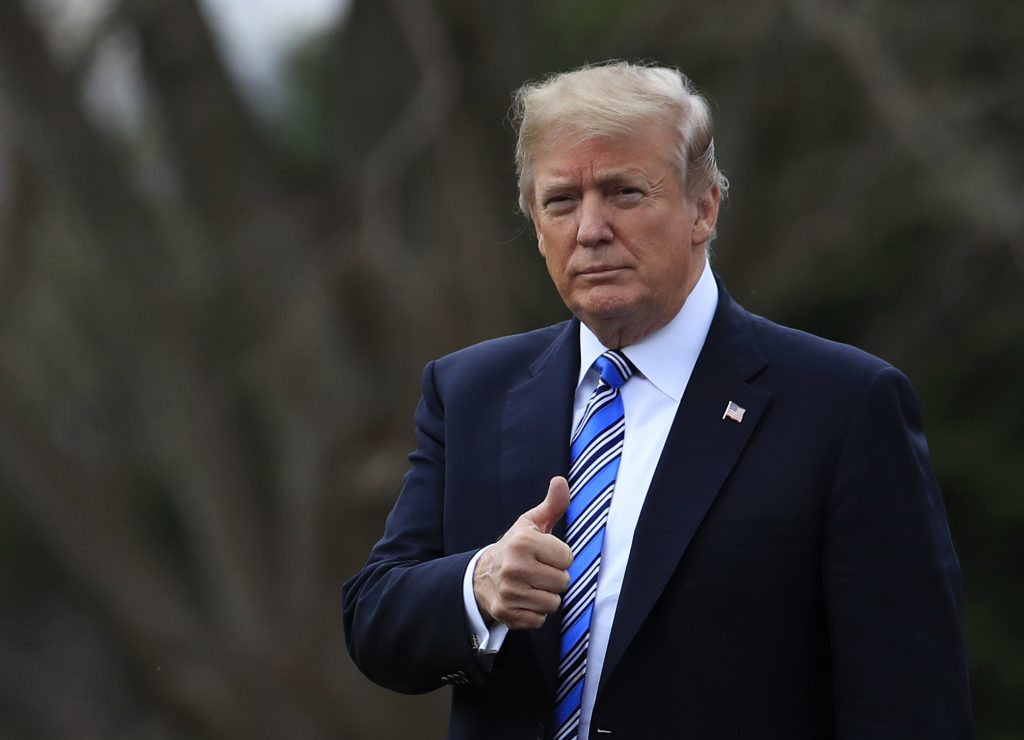 President Donald Trump vented his fury over the Russia probe on Sunday, arguing that the Obama administration bears some of the blame, insisting that he never denied the election meddling and declaring that the Russians are laughing at America.

In a series of tweets from his Palm Beach estate, the president unloaded over the Russia investigation, days after an indictment from special counsel Robert Mueller charged 13 Russians with a plot to interfere in the 2016 presidential election.

The administration has focused on the fact that the Russian effort began in 2014, before Trump announced his White House run, and Trump continued that argument Sunday.

He said the top Democrat on the House Intelligence Committee, California Rep. Adam Schiff “is now blaming the Obama Administration for Russian meddling in the 2016 Election.”

Trump appeared to be referring to an interview Schiff did with NBC in which he said the previous administration should have set up a “more forceful deterrent” against foreign adversaries considering cyberattacks.

Obama in late 2016 defended his administration’s response to the Russian meddling, also saying he had confronted Russian President Vladimir Putin that September, telling him to “cut it out.”

Trump also argued that he “never said Russia did not meddle in the election,” adding: “The Russian ‘hoax’ was that the Trump campaign colluded with Russia – it never did!”

The president has repeatedly expressed skepticism over the Russian election meddling. In November, he said he believed the conclusion of U.S. intelligence agencies that there had been meddling. But Trump also said he believed Putin is sincere when he says Russia didn’t interfere.

Trump also argued Sunday that the ongoing investigations are just what the Russians want, saying: “Investigations and Party hatred, they have succeeded beyond their wildest dreams. They are laughing ….in Moscow. Get smart America!”

Trump also raged against law enforcement over an Obama-era payment to Iran. He tweeted that he’s “never gotten over the fact that Obama was able to send $1.7 Billion Dollars in CASH to Iran and nobody in Congress, the FBI or Justice called for an investigation!”

The Obama administration transferred the money to Iran in 2016, using non-U.S. currency. The administration said it was the settlement of a decades-old arbitration claim between the countries. An initial payment was delivered the same day Tehran agreed to release four American prisoners.

Meanwhile, Iran’s foreign minister rejected the idea that Tehran wouldn’t respond if the United States gives up on the 2015 nuclear accord with world powers.

Iran’s Mohammad Javad Zarif told the Munich Security Conference that: “I can assure that if Iran’s interests are not secured, Iran will respond, will respond seriously and I believe it would be a response that means people would be sorry for taking the erroneous action they did.”

Zarif said that “we will not be the first ones to violate” the agreement.