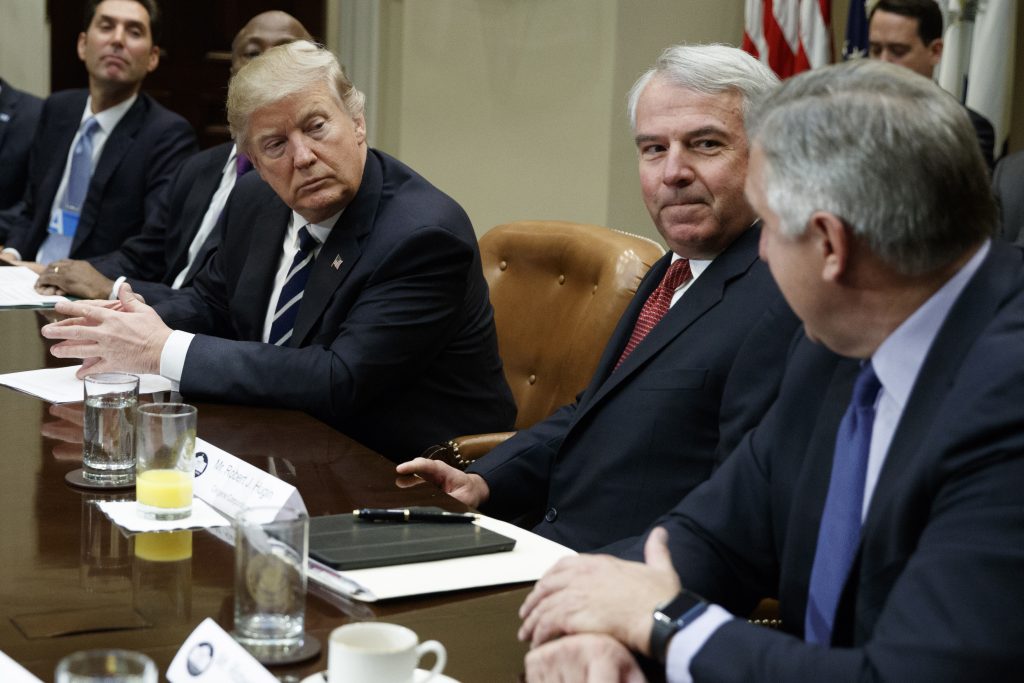 The Republican frontrunner seeking to oust Sen. Bob Menendez launched his campaign last week, painting himself as a fiscal conservative who will work with Democrats and disagree when needed with Republicans, including President Donald Trump.

“He went into politics to serve himself, his friends and his donors. I’m offended by Senator Menendez’s actions,” Hugin said. “He’s violated the public trust.”

Prosecutors last month decided not to re-try Menendez after a judge acquitted him and a co-defendant on some bribery charges following a November mistrial. Menendez denies the charges that he traded his political influence in exchange for gifts and campaign contributions.

Hugin, 63, served as a top executive at New Jersey-based Celgene, which develops cancer treatments, for nearly two decades before retiring as chief executive this year. A Princeton graduate and Marine veteran, Hugin was a big financial backer of former Republican Gov. Chris Christie’s failed presidential campaign and served on his finance leadership team.

Hugin, who is expected to bring millions of his own money into the race, donated $4,800 to Menendez in 2010. Menendez’s campaign has $4.1 million cash on hand, Federal Election Commission records show.

Democrats cast Hugin as a pharmaceutical executive looking to line his own pocket. “He’d be a rubber stamp for President Trump and his agenda that raises taxes on middle class families,” said Democratic Senatorial Campaign Committee spokesman David Bergstein.

New Jersey hasn’t elected a Republican to the Senate since 1972, and Democrats have nearly 900,000 more registered voters than Republicans. Unaffiliated voters are the state’s biggest voting bloc.