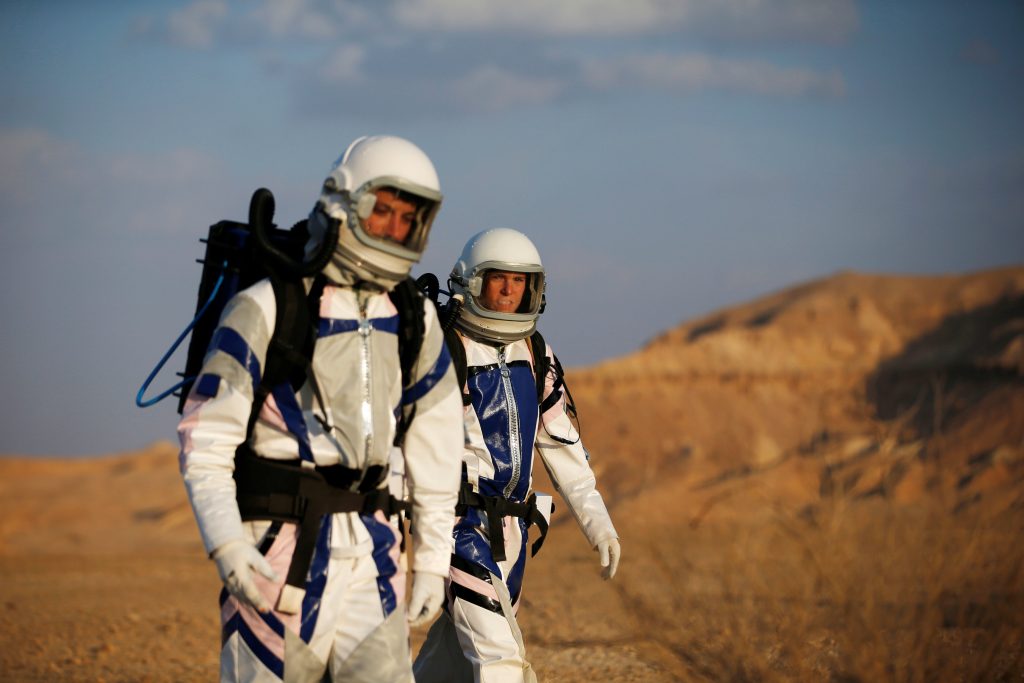 A team of six Israeli researchers on Sunday ended a four-day Mars habitat experiment in Israel’s Negev desert where they simulated living conditions on the Red Planet, Israel’s Science and Technology Ministry said.

The experiment was held near the isolated Israeli township of Mitzpe Ramon, whose surroundings resemble the Martian environment in its geology, aridity, appearance and desolation, the ministry said.

The participants were investigating various fields relevant to a future Mars mission, including satellite communications, the psychological effects of isolation, radiation measurements and searching for life signs in soil.

Participant Guy Ron, a nuclear physics professor from the Hebrew University in Yerushalayim, said the project was not only intended to look for new approaches in designing a future mission to the Red Planet but to increase public interest.

“D-Mars is half about the research, and the other half is about the outreach. A major part of this project is getting public interest and getting students interested in space,” he said.

The “D-Mars” project was being held in Israel for the first time in cooperation with the Israel Space Agency. It is one of a number of Mars simulation projects taking place worldwide.