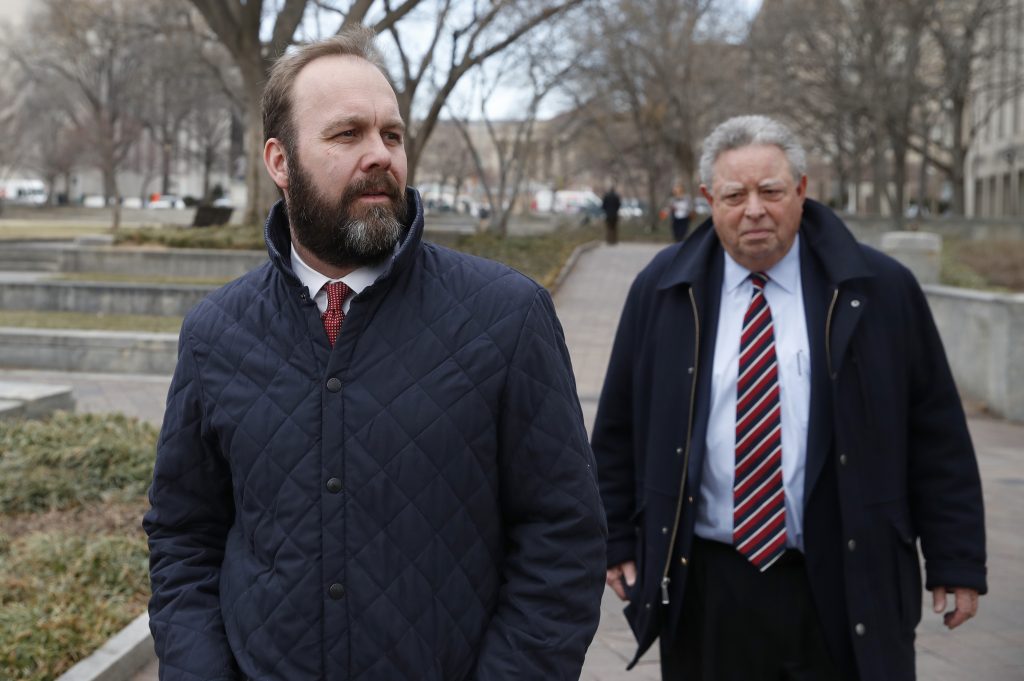 A former top aide to Donald Trump’s presidential campaign will plead guilty to fraud-related charges within days, and has made it clear to prosecutors that he would testify against Paul Manafort, the lawyer-lobbyist who once managed the campaign.

The change of heart by Mr. Trump’s former deputy campaign manager, Rick Gates, who had pleaded not guilty after being indicted in October on charges similar to those against Manafort, was described in interviews by people familiar with the case.

“Rick Gates is going to change his plea to guilty,” said a person with direct knowledge of the development, adding that the revised plea will be presented in federal court in Washington “within the next few days.”

That individual and others who discussed the matter spoke on condition of anonymity, citing a judge’s gag order restricting comments about the case to the news media or public.

Mueller is heading the prosecutions of Gates and Manafort as part of the wide-ranging investigation into Russian meddling in the 2016 election and whether Mr. Trump or his aides committed crimes before, during or since the campaign.

According to a person familiar with those talks, Gates, a longtime political consultant, can expect “a substantial reduction in his sentence” if he fully cooperates with the investigation. He said Gates is likely to serve about 18 months in prison.

The delicate terms reached by the opposing lawyers, he said, will not be specified in writing: Gates “understands that the government may move to reduce his sentence if he substantially cooperates, but it won’t be spelled out.”

One of the final discussion points has centered on exactly how much cash or other valuables, derived from Gates’ allegedly illegal activity, the government will require him to forfeit as part of the guilty plea.

Gates, who is married with four children, does not appear to be well positioned financially to sustain a high-powered legal defense.

“He can’t afford to pay it,” said a lawyer who is involved with the investigation. “If you go to trial on this, that’s $1 million to $1.5 million. Maybe more, if you need experts” to appear as witnesses.

The Oct. 27 indictment showed that prosecutors had amassed substantial documentation to support their charges that Manafort and Gates, who were colleagues in political consulting for about a decade, had engaged in a complex series of allegedly illegal transactions rooted in Ukraine. The indictment alleged that both men, who for years were unregistered agents of the Ukraine government, hid millions of dollars of Ukraine-based payments from U.S. authorities.

According to the indictment, Gates and Manafort “laundered the money through scores of United States and foreign corporations, partnerships and bank accounts” and evaded related U.S. taxes.

If Manafort maintains his not-guilty plea and fights the charges at a trial, the testimony from Gates could provide prosecutors with first-person descriptions of much of the allegedly illegal conduct.

Gates’ testimony, said a person familiar with the pending guilty plea, would place a “cherry on top” of the government’s already formidable case against Manafort.

The same individual said he did not believe Gates has information to offer Mueller’s team that would “turn the screws on Trump.” The president has repeatedly called the special counsel’s investigation a “witch hunt.”

Perhaps the most controversial step taken by Mr. Trump’s campaign at the convention concerned how the U.S. should deal with the tense relations between Russia and Ukraine, which repudiated Moscow in a 2014 revolt.

When a delegate proposed that the Republican platform call for “providing lethal defensive weapons” to Ukraine’s military in its struggle against Russian-backed armed forces, the Trump campaign defeated the effort. Instead of U.S. weapons, the convention platform committee accepted the campaign’s substitute language, which offered Ukraine “appropriate assistance.”

In mid-August 2016, Mr. Trump fired Manafort after reports of possibly improper payments he had received from a pro-Russia political party aligned with his longtime client, Viktor Yanukovych, who was Ukraine’s prime minister from 2010 to 2014.

Gates, however, remained with the Trump campaign through the election as a liaison to the Republican National Committee. He also assisted Mr. Trump’s inaugural committee.