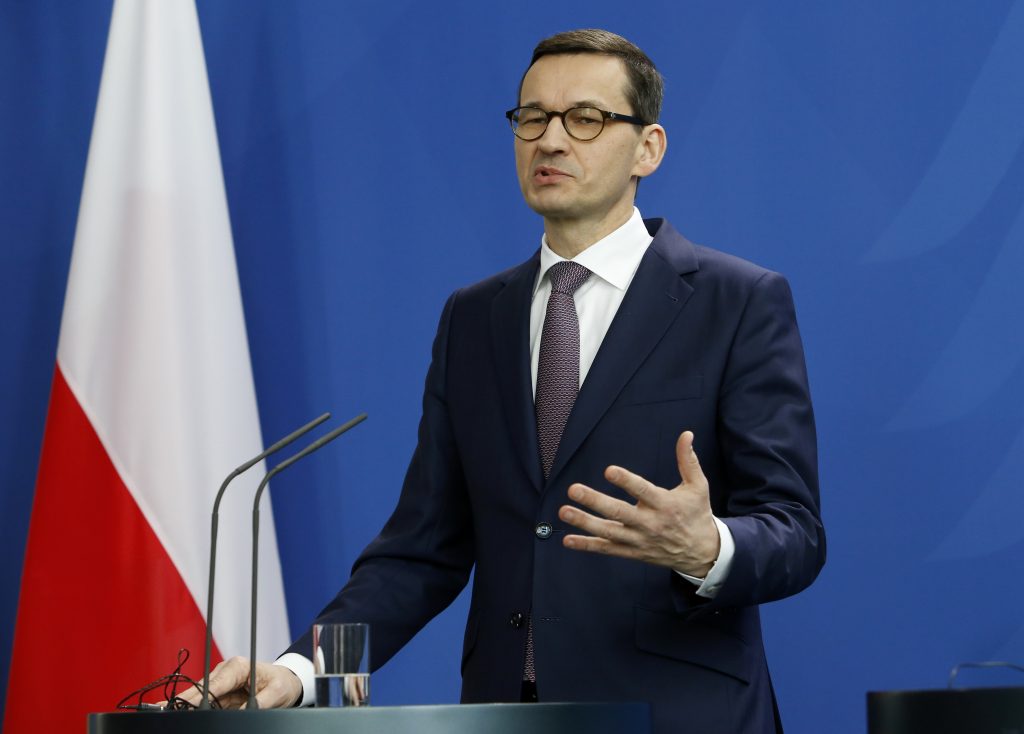 Israeli politicians accused Poland’s prime minister of anti-Semitism Saturday for equating the Polish perpetrators in the Holocaust to its supposed “Jewish perpetrators,” setting off a new chapter in an angry dispute over Poland’s new bill criminalizing the mention of Polish complicity in the Nazi-led genocide.

Poland passed a law this month imposing jail terms for suggesting the country was complicit in the Holocaust, prompting criticism from Israel and the United States.

Prime Minister Mateusz Morawiecki was asked by a reporter at the Munich Security Conference in Germany whether, under the new law, the reporter himself could be penalized for telling a story in Poland about his mother who survived the Holocaust and told him that some Poles had collaborated with the Gestapo.

Netanyahu, who is also attending the Munich conference, was quick to respond.

“The Polish prime minister’s remarks here in Munich are outrageous. There is a problem here of an inability to understand history and a lack of sensitivity to the tragedy of our people,” he said.

“I intend to speak with him forthwith,” he added.

Other officials in Israel, already alarmed by the new Polish legislation, also spoke out against Morawiecki’s comment.

Labor Party leader Avi Gabbay said Morawiecki sounded like any other Holocaust denier with the remark he gave in Munich.

“The blood of millions of Jews cries from the earth of Poland over the distortion of history and the escape from blame. Jews were murdered in the Holocaust and Poles took an active part in their murder,” Gabbay said. “The government of Israel has to be a voice for the millions of murdered and strongly denounce the Polish prime minister’s words.”

Jews from across the continent were sent to be killed at death camps built and operated by Germans in occupied Poland – home to Europe’s biggest Jewish community at the time – including Auschwitz, Treblinka, Belzec and Sobibor.

In recent weeks, Israeli officials have sharply criticized the legislation that criminalizes blaming Poland as a nation for crimes committed by Nazi Germany. Israeli critics have accused Poland of seeking to use the law to whitewash the role of some Poles who helped Germans kill Jews during the war. Holocaust scholars estimate that Poles killed about 200,000 Jews during the Holocaust.

Polish authorities say they just want to protect Poland from being depicted as a collaborator of the Nazis when the country was Adolf Hitler’s first victim and suffered through nearly six years of war and occupation.

Labor Party lawmaker Itzik Shmuly, who is pushing for a counter bill in the Israeli parliament to criminalize the denial of Nazi collaboration, quipped on social media that “the next step of Morawiecki’s pathetic project to erase the crimes of the Polish people is probably going to be blaming the Jews for their own Holocaust and presenting the Nazis as victims of the circumstances.”

Morawiecki’s office had no immediate reaction to the uproar in Israel.