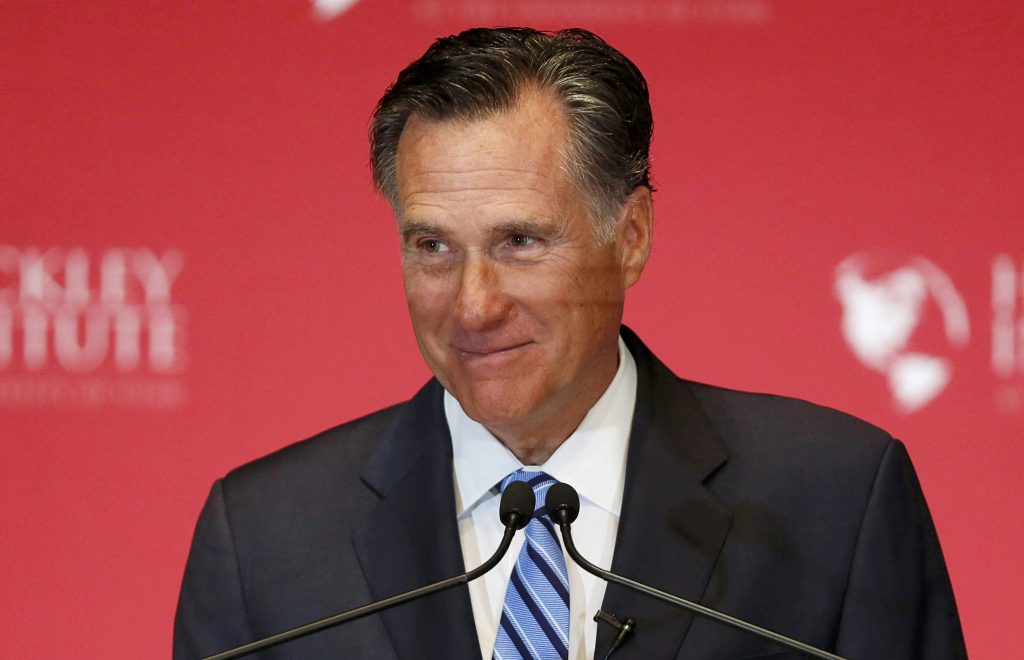 Former Republican presidential candidate Mitt Romney, a frequent critic of President Donald Trump, announced on Friday that he would run for a U.S. Senate seat in Utah, confirming months of speculation about a return to national politics.

“I’ve decided to run for United States Senate because I’ve decided I can help bring Utah’s values and Utah’s lessons to Washington,” Romney, who is seeking to replace retiring Senator Orrin Hatch, said in a video posted to Twitter.

Romney’s video made no mention of Trump, but his relationship with the president looms as a major issue in the campaign. Much of the video focused on Utah values versus the Washington culture.

“Utah has a lot to teach the politicians in Washington,” he said.

“Utah welcomes legal immigrants from around the world. Washington sends immigrants a message of exclusion. And on Utah’s Capitol Hill, people treat one another with respect.”

Trump has called for building a wall on the country’s border with Mexico and limiting legal migration.

Republicans hold 52 of the Senate’s 100 seats, but that majority is not always big enough to pass the Trump agenda.

If Romney wins the Senate race, it could set him up for a direct collision with Trump, with whom he has publicly sparred.

During the 2016 presidential campaign, Romney excoriated Trump as a “fraud” who was “playing the American public for suckers.” Trump responded that Romney had “choked like a dog” in his race against Obama.

However, after Trump won the presidency in November 2016, he briefly considered picking Romney as his secretary of state.

Trump had lobbied Hatch to run for re-election in 2018 in what was viewed as an effort to prevent Romney from getting into the Senate. Trump and Romney spoke in January after Hatch announced his retirement, a White House official said.

Romney, the son of former Michigan Governor George Romney, helped found the buyout firm Bain Capital and gained prominence after stepping in to lead the organizing committee for the 2002 Salt Lake City Winter Olympics after a bribery scandal. He then served as governor of Massachusetts from 2003 to 2007.

Romney is the front-runner in the November election in Republican-dominated Utah. According to the Federal Election Commission, the field includes five other people, including a Salt Lake City councilwoman and a Marine Corps veteran.

The race will be Romney’s second for the Senate. In 1994, he failed to oust Democratic Senator Ted Kennedy from his seat in Massachusetts.

Hatch, 83, the most senior Republican in the Senate, said last month he would not seek an eighth term.

“His campaign has my unwavering support and the people of Utah will be getting an accomplished and decent man when they make him their next senator,” Ryan said in a statement.

Romney has homes in Utah and California. Larry Meyers, an attorney who is also seeking the Republican nomination, questioned Romney’s ties to Utah.

“Unlike Massachusetts Mitt Romney, I’m from Utah, I support President Trump, and I am a conservative Republican,” he said in a post on social media.

Romney had successful treatment for prostate cancer in 2017, a source close to him said in January.