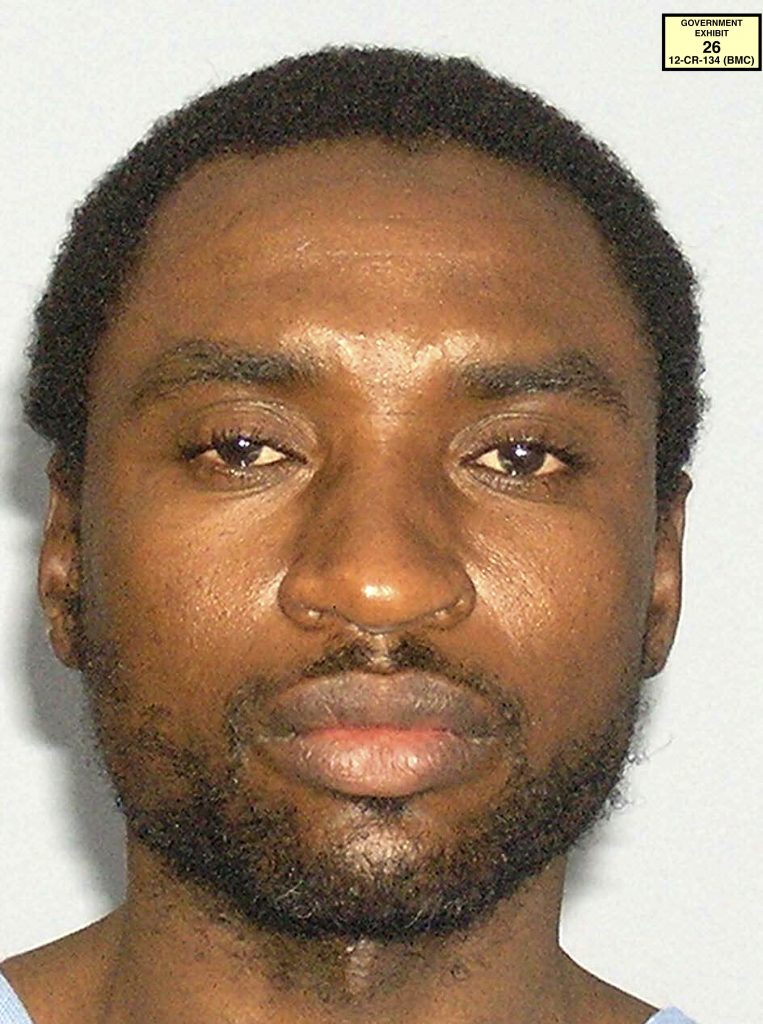 A self-described al-Qaida “warrior” who was in a firefight in Afghanistan that left two U.S. servicemen dead refused to attend his sentencing Friday, when a judge ordered him to serve life in prison.

“I can’t think of a more serious crime,” U.S. District Judge Brian M. Cogan said as he announced the sentence for Ibrahim Suleiman Adnan Harun in a Brooklyn courtroom, where a monitor showing the entrance to Harun’s cell rested near his lawyers. Harun also had refused to attend his trial last year.

The judge rejected Harun’s claim that he was more a soldier than a terrorist, saying Harun wanted to kill “dozens or maybe hundreds of Americans” and those from other nationalities, as well.

“I’m confident the defendant doesn’t differentiate whether they are civilians or soldiers,” Cogan said.

A jury last March convicted Harun after prosecutors said he confessed while in Italian custody that he threw a grenade and shot at an American military unit in a 2003 ambush that killed Army Pvt. Jerod Dennis, of Antlers, Oklahoma, and Air Force Airman Ray Losano, of Del Rio, Texas.

While on the run, Harun later masterminded a failed plot to bomb a U.S. embassy in Nigeria, the government said. He was under the direct supervision of al-Qaida higher-ups, including some still held at Guantanamo Bay, it said.

The Saudi-born defendant who claims Niger citizenship had insisted he was a “warrior” who should face a military tribunal rather than a civilian court prosecution.

The judge said Harun told prison officials Friday: “This is not my court. That is not my judge.”

Cogan called Harun “self-absorbed,” noting that he was willing to speak to the judge and his lawyers as long as he thought he was going to get his way.

“There is not an ounce of remorse, not a smidgen of self-doubt,” the judge added.

He said he knew the life sentence would not end terrorism, but hoped it would work “best at the margins,” where one potential terrorist might decide a life behind bars was not worth killing.

He also refused to recommend Harun serve his sentence at a particular facility.

The judge said the Federal Bureau of Prisons “is going to have its hands full with this violent and uncooperative defendant.”

And though he said he suspected Harun was not listening to the court’s video feed, Cogan instructed him that he could appeal.