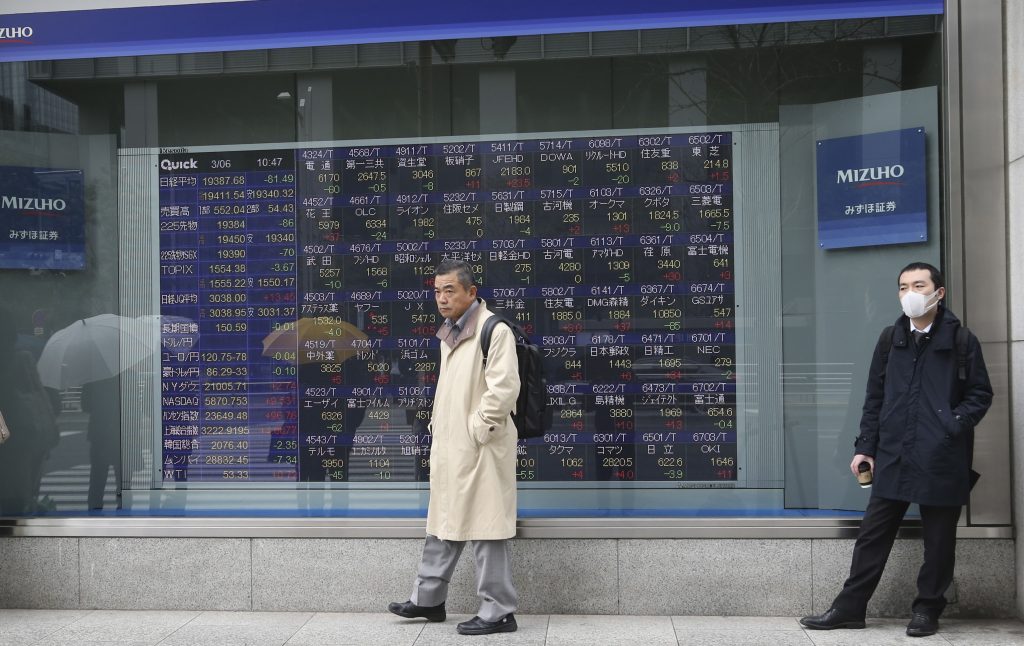 World shares rallied on Thursday, mirroring Wall Street’s advance as investors’ worries over inflation receded, although trading was thin in Asia, where some markets closed for Lunar New Year holidays.

A report showed U.S. consumer prices climbed at a slightly faster pace than economists expected in January while a separate report on retail sales showed they were unchanged in December and slipped last month. Surprisingly, markets shrugged off the figures, suggesting investors are now much less concerned about inflation than they were earlier this month, when an upbeat wage growth report sent markets reeling over fears the Federal Reserve might start raising interest rates faster than anticipated earlier.

“Having just gone through the roller coaster of equity sell-off induced by bond yield rises, I am frankly at a loss to explain what is now happening,” said Rob Carnell, chief Asia economist at ING. “I can only assume that we are in a temporary lull before the turmoil returns,” he added, noting that trading volumes have been lower in recent days, likely because traders are winding down for the Lunar New Year holiday in Asia and President’s Day holiday in the U.S. on Monday.

Investors were digesting the latest batch of corporate earnings. Swiss food and beverage giant Nestle reported that its annual profit fell 16 percent in 2017 while revenue was nearly flat. It said it is facing a “challenging environment” in North America and Brazil. European plane maker Airbus said earnings last year nearly tripled but it encountered cost overruns on its military plane program and engine issues for single-aisle jets.

Oil futures extended gains. U.S. benchmark crude rose 40 cents to $61.00 a barrel in electronic trading on the New York Mercantile Exchange. The contract rose $1.41, or 2.4 percent, to settle at $60.60 a barrel on Wednesday. Brent crude, used to price international oils, gained 22 cents to $64.58 a barrel in London.