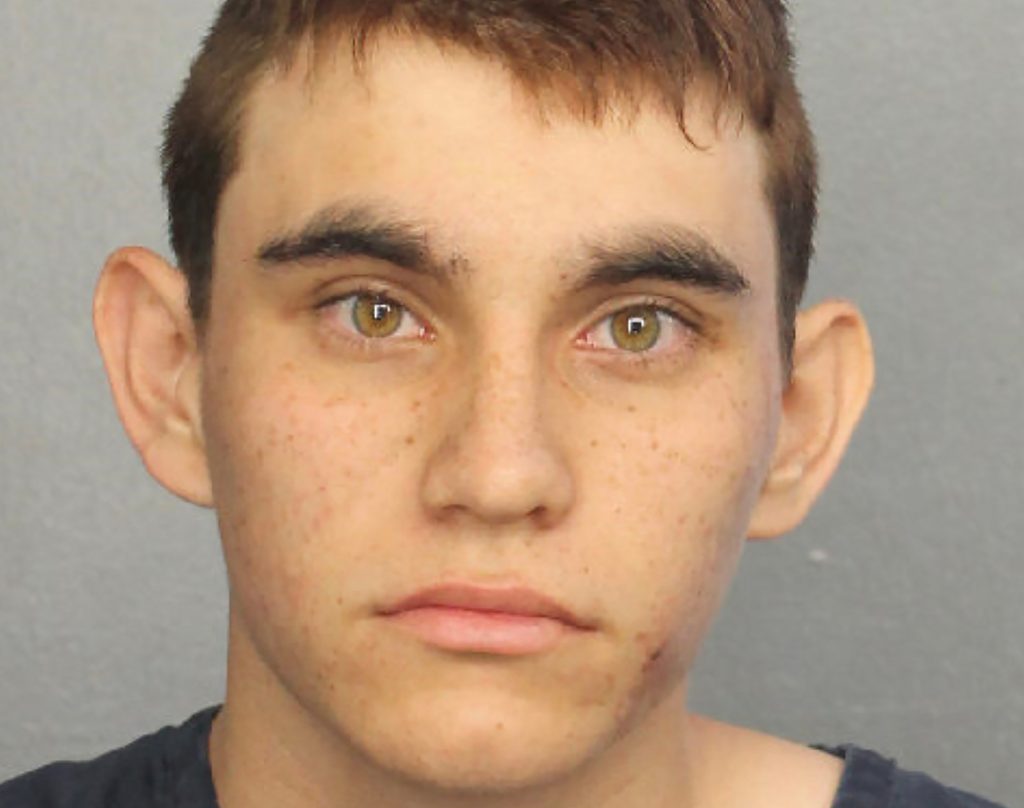 Students and neighbors describe Nikolas Cruz, the suspect in the deadly rampage at a Florida high school, as a troubled teenager who threatened and harassed peers, talked about killing animals, posed with guns in disturbing photos on social media, and bragged about target practice in his backyard with a pellet gun. He also belonged to a white nationalist militia.

Nikolas Cruz, 19, had been expelled from Marjory Stoneman Douglas High School for “disciplinary reasons,” Broward County Sheriff Scott Israel said, but insisted he didn’t know the specifics. Math teacher Jim Gard told the Miami Herald that before Wednesday’s fatal shooting of 17 people, Cruz may have been identified as a potential threat — Gard believes the school had sent out an email warning teachers that Cruz shouldn’t be allowed on campus with a backpack.

“There were problems with him last year threatening students, and I guess he was asked to leave campus,” Gard told the paper.

Jonathan Guimaraes, 17, told the Miami Herald that he had been in JROTC with Cruz.

“He was quiet, nice,” Guimaraes said. “That’s how he was able to blend in. He was wearing his JROTC uniform.”

Cruz wore a maroon polo shirt with an ROTC insignia and the school’s eagle mascot when he was arrested Wednesday.

Cruz was an orphan. His mother, Lynda Cruz, died of pneumonia Nov. 1, neighbors, friends and family members said, according to the Sun Sentinel. Cruz and her husband, who died of a heart attack years ago, adopted Nikolas and his biological brother, Zachary, after the couple moved from Long Island in New York to Broward County.

The boys were left in the care of a family friend after their mother died, family member Barbara Kumbatovich, of Long Island, said.

Unhappy there, Nikolas Cruz asked to move in with a friend’s family in northwest Broward. The family agreed, and Cruz moved in around Thanksgiving. According to lawyer Jim Lewis, who represents but did not identify the family, they knew that Cruz owned the AR-15 but made him keep it locked up in a cabinet and never saw him go to a shooting range with it. He did have the key, however.

Cruz passed a background check and legally purchased the assault weapon from a licensed dealer in February 2017, a law-enforcement official familiar with the investigation but not authorized to discuss it publicly told The Associated Press on condition of anonymity.

The family is devastated and shocked, lawyer Lewis said. During the three months Cruz lived there, he was respectful and quiet but also sad over his mother’s death, Lewis told The AP.

“No indication that anything severe like this was wrong,” Lewis said. “Just a mildly troubled kid who’d lost his mom. … He totally kept this from everybody.”

The family’s son was a junior at the school and was there when the shooting happened, Lewis said. The family is cooperating as their home is searched and no one there is suspected of wrongdoing, he added.

Longtime Cruz family neighbors Malcolm and Christine Roxburgh told the Sun Sentinel that the police came to the boy’s house many times, as he used to get in trouble and harass people. Malcolm Roxburgh said a neighbor across the street kept pigs, and Nicolas Cruz targeted the family.

And, the couple said, when the boy didn’t want to go to school, he would bang his head against a cement wall. They were scared of him. “He could have killed any of us,” Christine Roxburgh said.

Cruz was getting treatment at a mental-health clinic for a while, but hadn’t been there for more than a year, Broward County Mayor Beam Furr said during an interview with CNN.

“It wasn’t like there wasn’t concern for him,” Furr said. “We try to keep our eyes out on those kids who aren’t connected … Most teachers try to steer them toward some kind of connections. … In this case, we didn’t find a way to connect with this kid.”

On Thursday, Jordan Jereb, the leader of a white nationalist militia called the Republic of Florida, told The Associated Press that Cruz was a member of his group and participated in exercises in Tallahassee.

But Jereb said that he did not know Cruz personally and that “he acted on his own behalf” and is “solely responsible for what he just did.”

The group wants Florida to become its own white ethno-state. Jereb said his organization holds “spontaneous random demonstrations” and tries not to participate in the modern world.

Officials said they’re dissecting the suspect’s disturbing social-media posts, without elaboration. But peers said they recognized Cruz from a social-media photo posing with a gun in front of his face. The students called Cruz “weird” and a “loner” — even those who’d been friendly with him said they hadn’t seen him in more than a year since his expulsion.

Dakota Mutchler, 17, recalled Cruz posting on social media about killing animals and said he had talked about doing target practice in his backyard with a pellet gun.

“He started going after one of my friends, threatening her, and I cut him off from there,” Mutchler said.

He said students weren’t surprised officials had identified Cruz as the shooter: “I think everyone had in their minds if anybody was going to do it, it was going to be him,” Mutchler said.

But Broward County School District Superintendent Robert Runcie said he did not know of any threats posed by Cruz to the school.

“Typically, you see in these situations that there potentially could have been signs out there,” Runcie said. “I would be speculating at this point if there were, but we didn’t have any warnings. There weren’t any phone calls or threats that we know of that were made.”

On Thursday morning, Cruz was charged with 17 counts of premeditated murder after being questioned for hours by state and federal authorities. Weighing in at 5-foot-7 and 131 pounds and wearing a hospital gown after being treated for labored breathing, he was ordered held without bond and booked into jail.