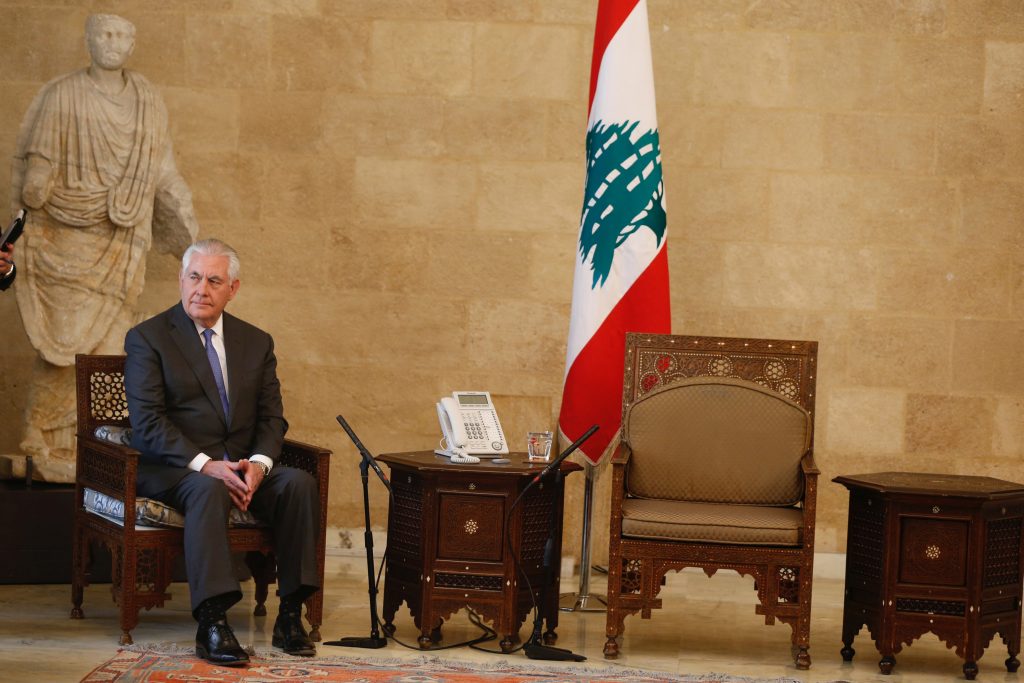 The Lebanese presidency denied that U.S. Secretary of State Rex Tillerson had been kept waiting ahead of a meeting with President Michel Aoun on Thursday at the presidential palace, where he sat for several minutes before his Lebanese counterpart greeted him.

Media footage showed Tillerson sitting in a room alongside an empty seat before Lebanese Foreign Minister Gebran Bassil walked in and shook his hand.

The Lebanese president’s office denied any departure from diplomatic protocol. Rafic Chlela, head of the media office, said Tillerson had arrived a few minutes earlier than expected and the meeting began on time.

Tillerson is in Lebanon, a major recipient of U.S. military aid, as part of a regional tour.

“Mr. President, thank you for the warm welcome and the open, frank, and productive discussion,” Tillerson wrote in the Lebanese palace’s visitors book after the talks. “The United States stands with the Lebanese people for a free and democratic Lebanon.”

Aoun, Bassil’s father-in-law, is a political ally of the Iran-backed Lebanese group Hezbollah, which is deemed a terrorist group by the United States.