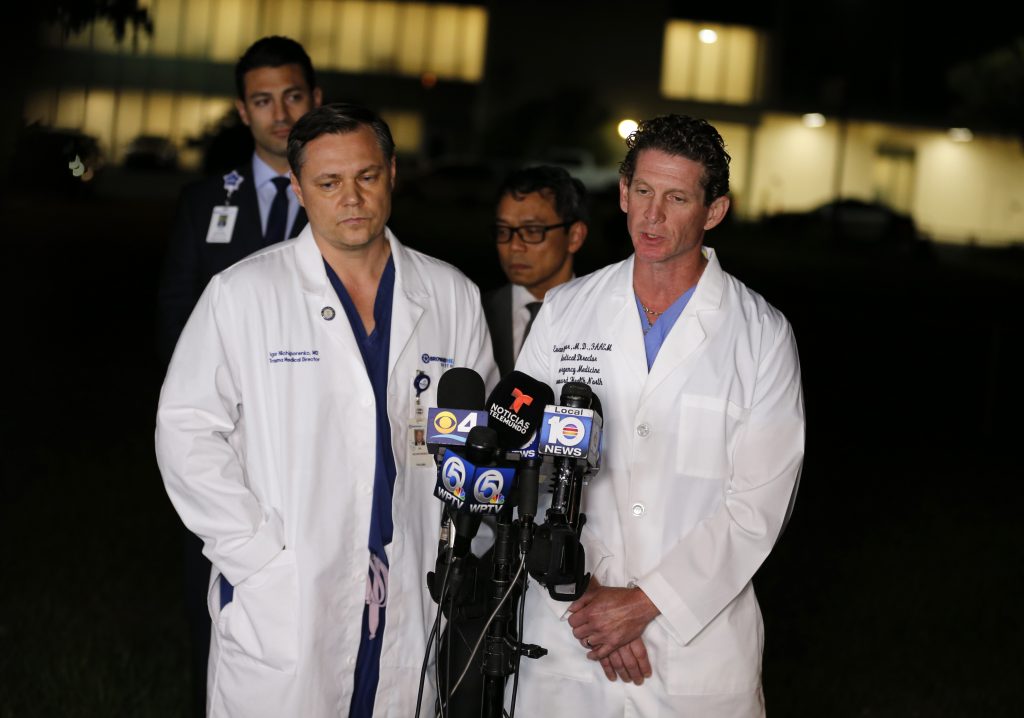 Several victims of the mass school shooting in Florida have been identified, including several Jewish students at the school.

The shooting at Marjory Stoneman Douglas High School in Parkland, a placid, middle-class community about 45 miles north of Miami, ranked as the deadliest act of gun violence ever at an American high school.

The shooting was the 18th in a U.S. school this year, according to gun control group Everytown for Gun Safety.

Florida’s Local 10 News reported that many panicked parents searching for their children were sharing their children’s photos on social media and asking for help.

The Guttenbergs also have a son, Jesse, who thankfully made it home safely.

Broward County Sheriff Scott Israel confirmed that a sports coach was among the dead, while the son of a deputy sheriff was shot in the arm, but authorities have not yet confirmed the names of those killed.

Twelve of the dead were killed inside the school, two others just outside, one more on the street and two other victims died from their wounds at a hospital, Israel said. He said the victims comprised a mixture of students and adults.

Rabbi Mendy Gutnick, youth director at Chabad of Parkland, told Chabad.org that he rushed to the school together with Rabbi Shuey Biston to give support to anyone they could.

“The school is at least 40 percent Jewish, so we know many of the students and their parents,” he continued. “We went from parent to parent and tried to offer as much comfort as possible, and helped them recite Tehillim, davening for the students and faculty in the school. ”

The Rabbi said he is coordinating with his fellow Chabad Rabbis from nearby Coral Springs, home of many of the students, to hold an evening of prayer, consolation and memorial later this week.

Wednesday’s shooting marks the second-greatest loss of life from a shooting at a U.S. public school, after the 2012 massacre of 20 first graders and six educators at Sandy Hook Elementary in Newtown, Connecticut, by a gunman who also killed his mother and himself.

It is also the deadliest ever at an American high school, surpassing the 1999 rampage at Columbine High School in Littleton, Colorado, where two teenagers killed 12 students and a teacher before taking their own lives.

The school, named for a famed Florida environmental activist and author, was to remain closed for the rest of the week, education officials said.