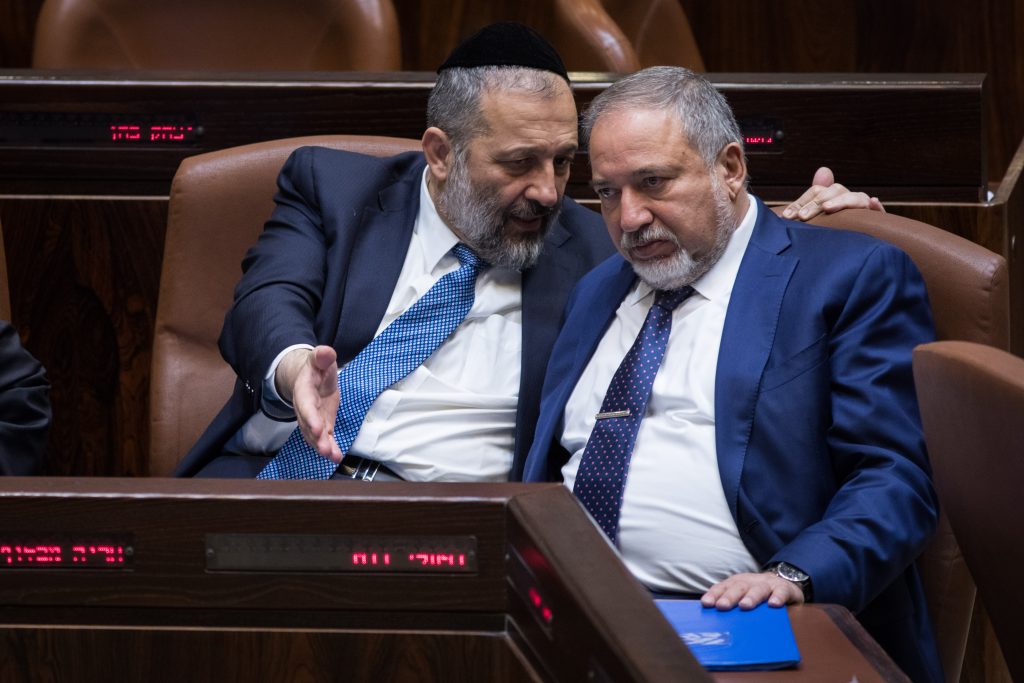 Defense Minister Avigdor Lieberman’s announcement that he has appointed a special task force to prepare legislation on the drafting of chareidim into the army was met on Thursday with a blunt response from chareidi parties in the coalition.

Liberman’s appointees include the legal adviser to the Defense Ministry, along with representatives of the IDF Human Resources and Military Adjudicates and the IDF Rabbinate, who are expected to seek limitations on deferments in order to pursue Torah studies.

United Torah Judaism and Shas released a joint statement on Thursday night, which said: “The military draft law is a central part of our coalition agreement with Prime Minister Binyamin Netanyahu and the Likud. Decisions on this issue will be examined in light of the consequences. We will submit a legislative proposal in the Knesset, which alone has the authority to determine the law.”

Last September, in response to the High Court’s nullification of the exemption of yeshiva students from the draft, UTJ and Shas called for a rewriting of the law, and another law to prevent the Court from further intervention in Knesset legislation.

Interior Minister Rabbi Aryeh Deri, chairman of Shas, charged that the Court’s interference in these matters is part of an overall attempt to destroy the status quo of religious observance in Israel.

“It cannot be that we participate in elections, pass laws, and then the High Court runs the country. The Knesset and the government must run the country, not the court,” he said.

Addressing the content of new legislation, MK Rabbi Yisrael Eichler said that they would have to pass a law “that removes criminal penalties from anyone who refuses army service, regardless of whether the person is religious or not, thereby answering the judges’ claim that the current law discriminates against the non-religious.”

Rabbi Eichler also called for an end to conscription of women into the IDF, pointing out that “the only other country in the world that drafts women is North Korea.”