Israel PM: Charges Against Me ‘Full of Holes, Like Swiss Cheese’
Israel 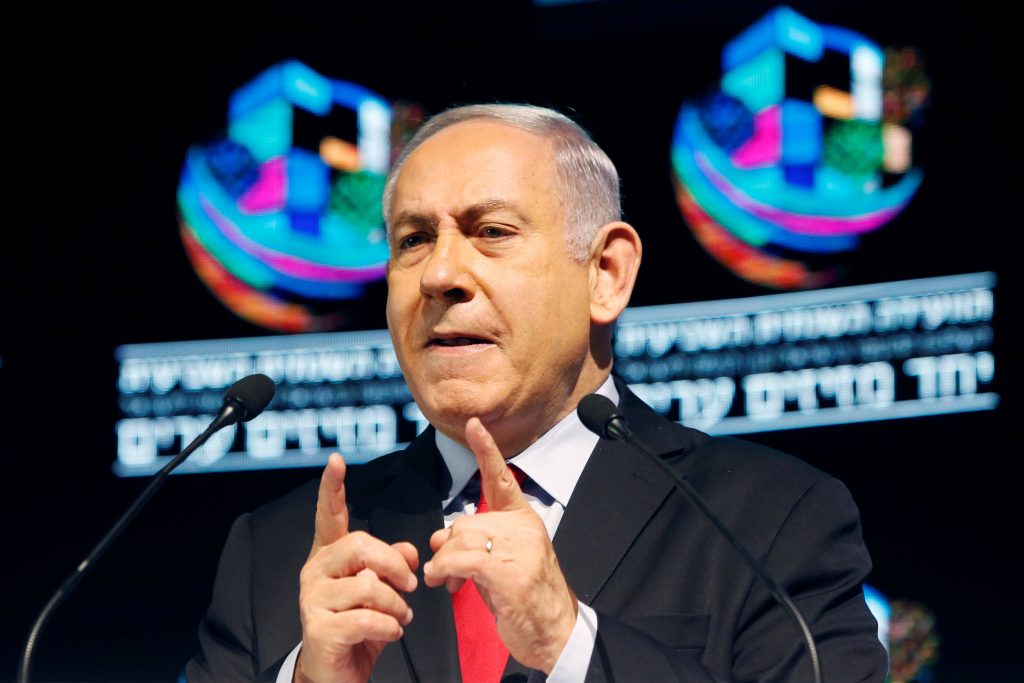 Prime Minister Binyamin Netanyahu on Wednesday continued defending himself against the accusations of corruption made by police in their recommendations to prosecutors in the investigations against him. “I want to calm everyone down – the coalition is stable, no one has any plans for elections. We will continue to work with you for the benefit of all Israelis, until the end of this government’s term” in November 2019, the prime minister told heads of local authorities at a gathering in Tel Aviv Wednesday morning.

Police on Tuesday night recommended that prosecutors bring charges against Netanyahu in two cases: Case 1000, in which Netanyahu was accused of accepting extravagant gifts from millionaire Arnon Milchin, mostly cigars and champagne, and Case 2000, in which the prime minister allegedly leaned on the publishers of Yisrael Hayom to limit distribution of their free newspaper in order to benefit from better coverage in rival newspaper Yediot Acharonot. Police also recommended that Milchin and Arnon Mozes, the publisher of Yediot Acharonot, be indicted for their roles in the cases. There is enough evidence against all three to pursue charges, police said in recommendations to prosecutors.

But Netanyahu disagreed. “I read the recommendations and I can tell you that it is a prejudiced, radical document as full of holes as Swiss cheese, that will not hold water,” he said. “The document ignores some 20 years of close friendship between Milchin and my family, a friendship in which gifts were exchanged, even when I was still a private citizen, long before I joined the Israeli government.” The document also lists incorrect information, “large sums that are beyond the recognition of anything I am familiar with. It also ignores the facts I mentioned in my speech Tuesday night – that I did nothing for Milchin, and actually worked against his interests.”

As far as Case 2000 is concerned, Netanyahu reiterated his comments from the past, in which he said that he had never received positive coverage in Yediot Acharonot. “How can it be that I, who worked against passing the law that would have banned Yisrael Hayom, and broke up the Knesset over the law, is investigated, but the 43 MKs who signed on as sponsors of the law and voted for it are not investigated?”

Netanyahu also had harsh words for Yair Lapid. “Lapid said that he was questioned about this for an hour, but when I was questioned by police they barely brought the point up,” Netanyahu said to local authority officials at the Tel Aviv Exhibition Grounds. “And I responded that I did not do any favors for Milchin. And this major charge against me is based on one hour of questioning of Lapid, in a year and a half of investigation, and now it turns out that Lapid is a key witness. That says a great deal about the whole investigation. This, of course, is the same Lapid who said he would do whatever it takes to end my political career. This is the same Lapid who is a good friend of Milchin, and worked for him in the past, and who discussed many issues with him when he was finance minister. They investigate me but not others – this is absurd,” he said.