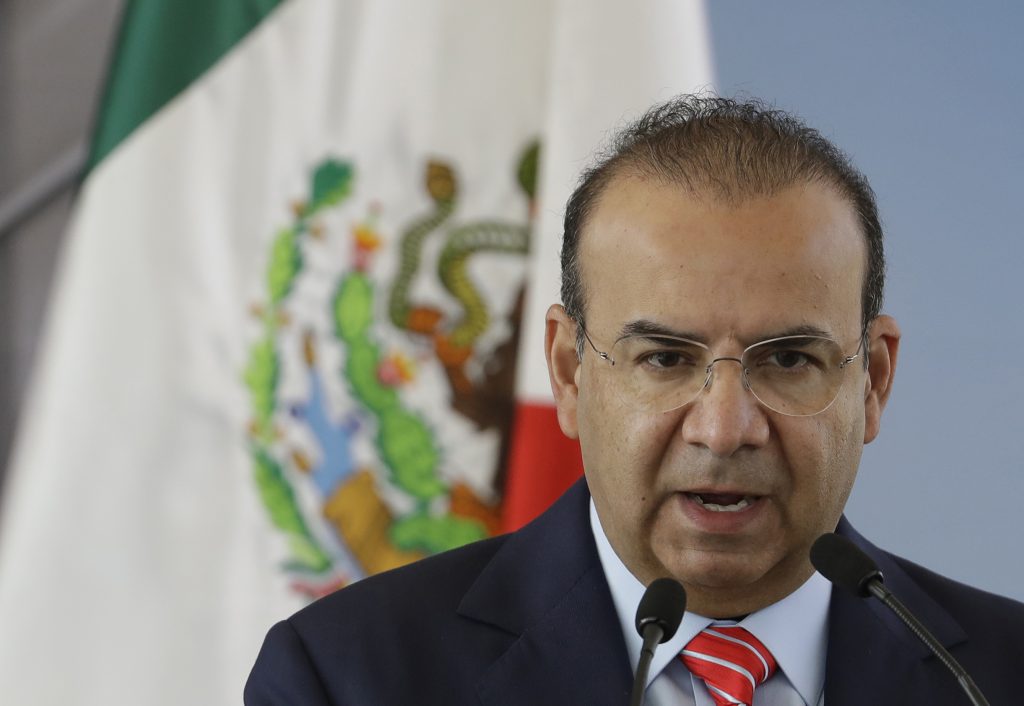 Mexico’s Interior Department has acknowledged that a federal intelligence agency sent a plainclothes agent to tail an opposition presidential candidate, even though the candidate never asked for and apparently did not want a tail.

There have long been fears the ruling party was using the National Center for Security and Investigation for political spying. But few suspected the monitoring would be so clumsy.

Anaya posted a video of himself confronting the agent, who identified himself as a CISEN employee when asked why he had been following the candidate in an SUV.

“Instead of pursuing criminals, they spy on opponents,” Anaya wrote, claiming other agents in other cars had also been following him.

Navarrete, who oversees the agency, claimed the tails “do not imply any interference in the private lives (of opposition candidates), nor of course any violation of the law.”

He acknowledged agents were “following, keeping an eye on the campaigns,” something he said was perfectly legal.

“This isn’t spying, nor spying on opponents, nor are they clandestine measures,” Navarrete said. “Does authorization exist to keep an eye on relevant activities in this country? Of course it does.”

Navarrete pledged that CISEN would carry out an internal investigation, but critics questioned the justification for monitoring political opponents in a country that has struggled to carry out successful intelligence operations against its main security threat, the drug cartels.

Mexico has been unable to locate nearly 30,000 people who disappeared during the country’s drug war, has had to rely heavily on U.S. intelligence to capture key drug capos and has left large swaths of the country under the de-facto rule of the cartels.

In that context, security analyst and former CISEN employee Alejandro Hope wrote in a column in the newspaper El Universal that tailing candidates was “stupid” and “wasteful.”

Hope said that the National Security Law gives the agency overly broad and vague discretion. The law says CISEN can “carry out intelligence as part of the national security system to aid in preserving the integrity, stability and continuance of the Mexican government, to sustain governability.”

“That says nothing and can allow anything,” Hope wrote. “It should be reviewed as quickly as possible.”

The intelligence agency already was under fire due to the January appointment of former Mexico State prosecutor Alberto Bazbaz as its new chief, despite the fact he is best known nationally for failing to find a missing girl who lay dead in her own bed for nine days.

Bazbaz resigned as state prosecutor in 2010 following his announcement that 4-year-old Paulette Gebara had accidentally smothered and her body had been found in her own bed after police had been searching for her for nine days. Agents working under Bazbaz apparently found her only after the body began to smell.

The scandal also comes amid a crisis for Mexican law enforcement.

The two agents of the federal Attorney General’s Office went missing Feb. 5. The office said they were on vacation and attending a family event, but the cartel claimed they were conducting undercover operations.