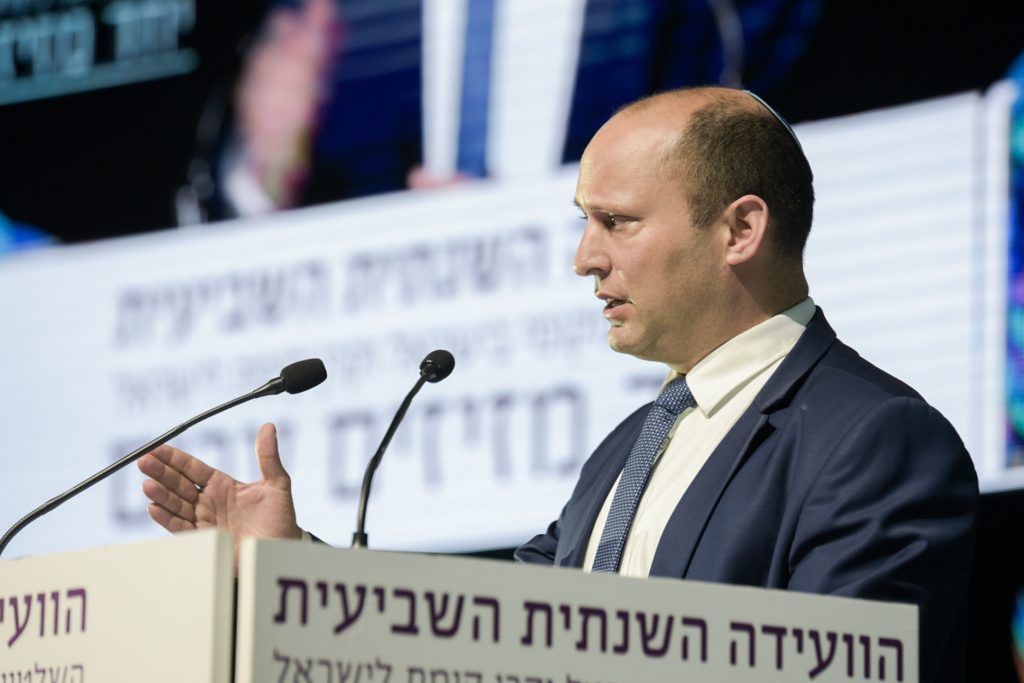 While opposition leaders were demanding Israeli Prime Minister Binyamin Netanyahu’s resignation on Wednesday, coalition heads were saying that, for the time being at least, PM Netanyahu remains the prime minister and the coalition remains intact.

Education Minister Naftali Bennett said that his Jewish Home party is staying, despite the “unpleasant” police recommendations for indictment of the prime minister.

“We are a country of laws, and Prime Minister Netanyahu is still presumed innocent. Therefore, I have decided to wait for the decision of the attorney general, Avichai Mandelblit,” said Bennett.

However, his support for PM Netanyahu was not unqualified, saying that he was “not living up to the standard” expected of the country’s leader.

“[But] when he stood here…and said he made decisions from the right motives, I believe him. Some claim the prime minister cannot manage the country under the stress of investigations, but I do not see this,” he continued, putting in a recommendation for the coalition as a “good government.”

Defense Minister Avigdor Liberman said that “Everyone is entitled to presumption of innocence, even the prime minister. Only one body is allowed to decide who is guilty and who is innocent — the courts, not the press.”

He added that, “without a doubt”, PM Netanyahu can continue in office, and warned that “otherwise it’s a coup” to bring down a democratically-elected government.

Interior Minister and Shas chairman Rabbi Aryeh Deri predicted that “this government will live out its days, G-d willing.”

Finance Minister Moshe Kahlon called “on everyone — on the left and the right — to stop attacking the police and the legal system,” which he said must be allowed to operate “in an orderly, professional and levelheaded manner.” Meanwhile, his Kulanu party was remaining in the coalition.

Within his own Likud party, however, support for him was at 73 percent, saying he should not resign; 17 percent said he should temporarily step down; 10 percent had no opinion.

Regarding his prospects for re-election, it appeared that they were unaffected by the accusations. If elections were held today, Likud would get 27 seats, down from its current 30. Yesh Atid would more than double its present strength, coming in second with 25 seats, up from 11, while the Zionist Camp would get 16 seats, a drop from the 24 it has now.

A small group of protesters arrived Wednesday evening in front of the official Prime Minister’s Residence in Yerushalayim to demand his resignation. The held up signs reading “Bibi – go home,” and “Loving Israel, saying goodbye to Netanyahu.”

The flareup between PM Netanyahu and Yair Lapid, who was revealed on Tuesday night to be a key witness against him, continued on Wednesday.

Coalition chairman David Amsalem called the Yesh Atid leader a “loser” for having been fired as finance minister by PM Netanyahu and — in the words of Amsalem — a “snitch.”

Lapid retaliated with a video clip in which he said: “I heard the prime minister and the group surrounding him, including the coalition chairman and ministers, who dared suggest …. there is an option not to tell the truth when the police ask you to help them uncover what really happened in a serious corruption investigation. That’s how criminals talk, not public servants.”

Zionist Camp leader Avi Gabbay said he should resign and predicted “the end of the Netanyahu era.”

“The police recommendations are clear, tough and decisive,” his party said in a statement. “After nine years of Netanyahu, the public deserves a new leadership and a clean, honest prime minister.”

Also on Wednesday, Public Security Minister Gilad Erdan (Likud) sent a letter to Attorney General Avichai Mandelblit urging him to investigate claims made by Police Chief Roni Alsheich that “powerful figures” had hired men to follow the officers investigating PM Netanyahu in an attempt to intimidate them.

“This is a significant and worrisome statement that should keep the attention of anyone who is responsible for the rule of law and the independence of law enforcement,” Erdan wrote. “I cannot ignore these things and move on to the next item on the agenda.”

“An attempt to intimidate the police investigators who are doing their duty is an act that cannot be tolerated,” he said. Public Security Minister Erdan has responsibility for oversight of the police.