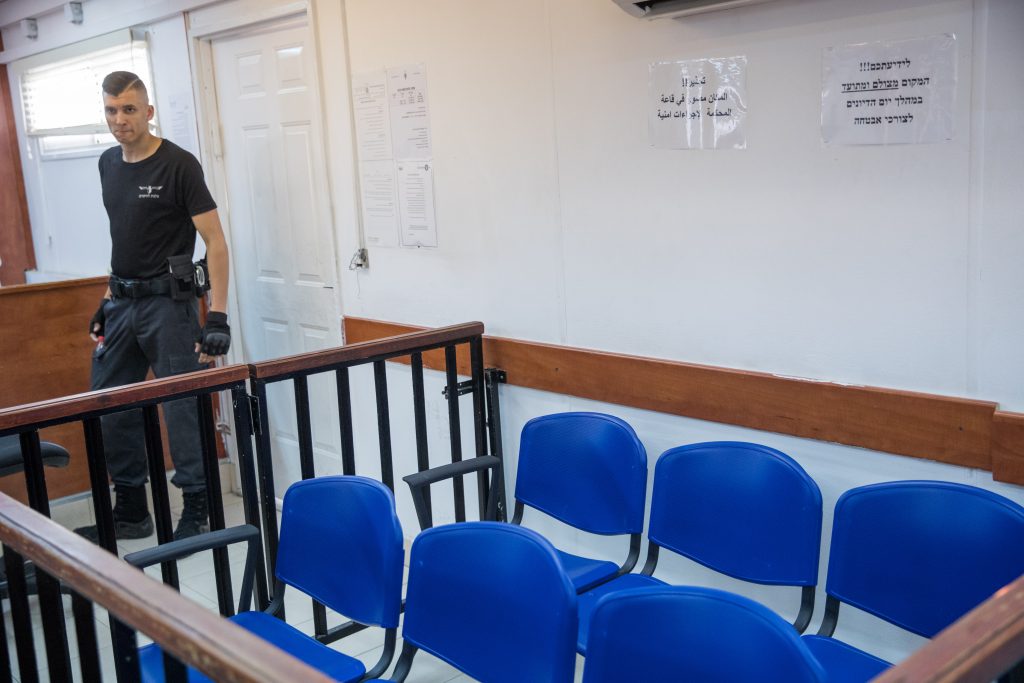 For the second day in a row, security personnel thwarted, b’chasdei Shamayim, a potential terror attack at the Shomron Military Court, near Jenin. Three Arabs attempted to enter the building, with each of them carrying a pipe bomb that was hidden in their clothing.

The bombs were discovered as the three passed through a metal detector. Security officials said that the strategy appeared to be that all three would try to pass through the detector at the same time, or quickly one after the other, with the alarm going off and soldiers nabbing one of them – leaving at least one of the others to proceed into the building and set off his explosive.

On Tuesday, Border Guards Tuesday prevented a suicide bombing attack at the same location. Guards at the entrance to the court building stopped and questioned an Arab who was behaving suspiciously, and was found to be carrying a bomb. The court building was cleared as sappers detonated the device in a safe manner. Several similar incidents took place at the end of December, at a site that seems to have become a focus for terrorist activity.