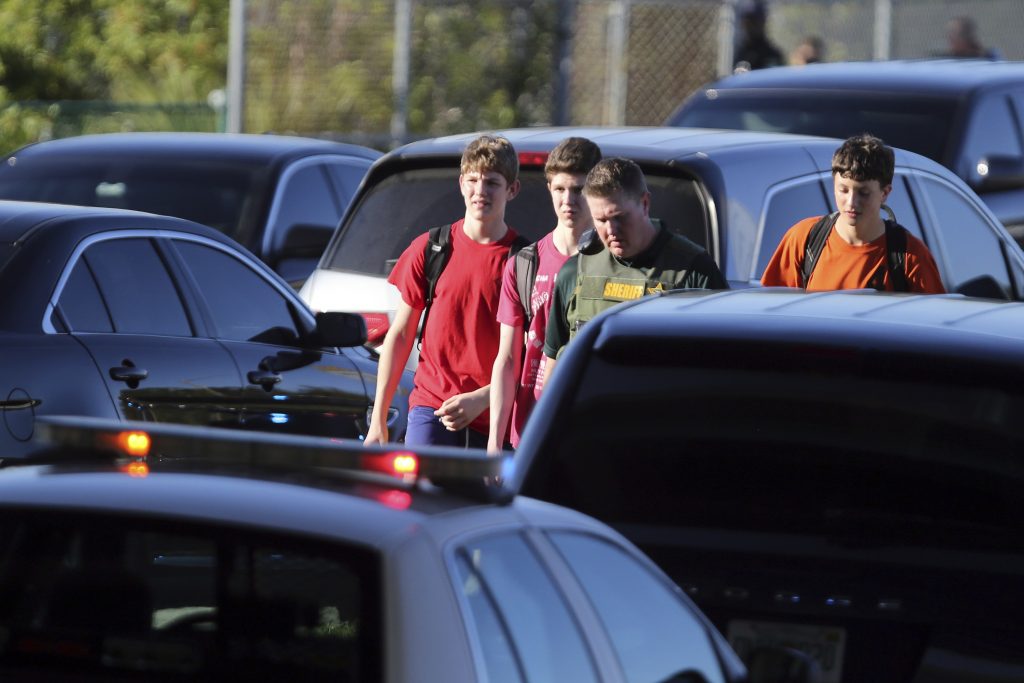 Authorities said 17 people were killed Wednesday when gunfire erupted inside a South Florida high school, sending police scrambling across the quiet suburban community as they hunted for the shooter while students and teachers remained barricaded inside.

The shooting happened shortly before classes were dismissed at Marjory Stoneman Douglas High School in Parkland, northwest of Fort Lauderdale.

Sheriff Israel said the 19-year-old suspect, who was previously expelled for disciplinary reasons, had at least one rifle and multiple magazines.

Robert Runcie, the superintendent of Broward County Public Schools, told reporters at the scene that there are “numerous fatalities.”

“It is a day you pray every day you don’t have to see,” Runcie said.

He said officials were not aware of threats made before the incident.

Earlier in the day, Dan Booker, a fire chief from a nearby city, had said that the number of injured could stretch much higher, estimating 20 to 50 victims. Some of those injured are students who were shot, Booker said.

Booker said he was seeking aid from the Coast Guard and other agencies because many victims will need to be transported by helicopter.

Video from the scene showed police surrounding the building and students being quickly marched away from Stoneman Douglas High. News cameras also captured people being wheeled out on stretchers, though their conditions were not immediately clear. A tweet from the school’s parent district, Broward County Public Schools, said, “We are receiving word of multiple injuries.”

Police from nearby Coral Springs, who were also responding to the incident, urged students and teachers to remain barricaded inside the school. Law enforcement officials said they were clearing students building by building.

“It was a wrenching scene,” Rabbi Mendy Gutnick, youth director at Chabad of Parkland, told Chabad.org. “Parents were gathered outside while their children were still inside of the school, and they had no way to save them.”

“Together with Rabbi Shuey Biston, I rushed to the school to give support to anyone we could. The school is at least 40% Jewish, so we know many of the students and their parents,” he continued. “We went from parent to parent and tried to offer as much comfort as possible, and helped them recite Tehillim, davening for the students and faculty in the school. ”

Gutnick reports that one boy who is a friend of some of teens who participate in Chabad’s programs, was lightly injured.

The rabbi said he is coordinating with his fellow Chabad rabbis from nearby Coral Springs, home of many of the students, to hold an evening of prayer, consolation and memorial later this week.

Gov. Rick Scott, R, said he had been briefed by the Broward County sheriff, whose agency was leading the response, as well as by the county’s school superintendent. President Trump was notified of the shooting, White House deputy press secretary Lindsay Walters said.

“The president has been made aware of the school shooting in Florida. We are monitoring the situation. Our thoughts and prayers are with those affected,” Walters said.

The Broward County school system wrote in a message on Twitter that students and staff “heard what sounded like gunfire” close to the school’s dismissal time.

“The school immediately went on lockdown but is now dismissing students,” the school system wrote. “We are receiving reports of possible multiple injuries.”