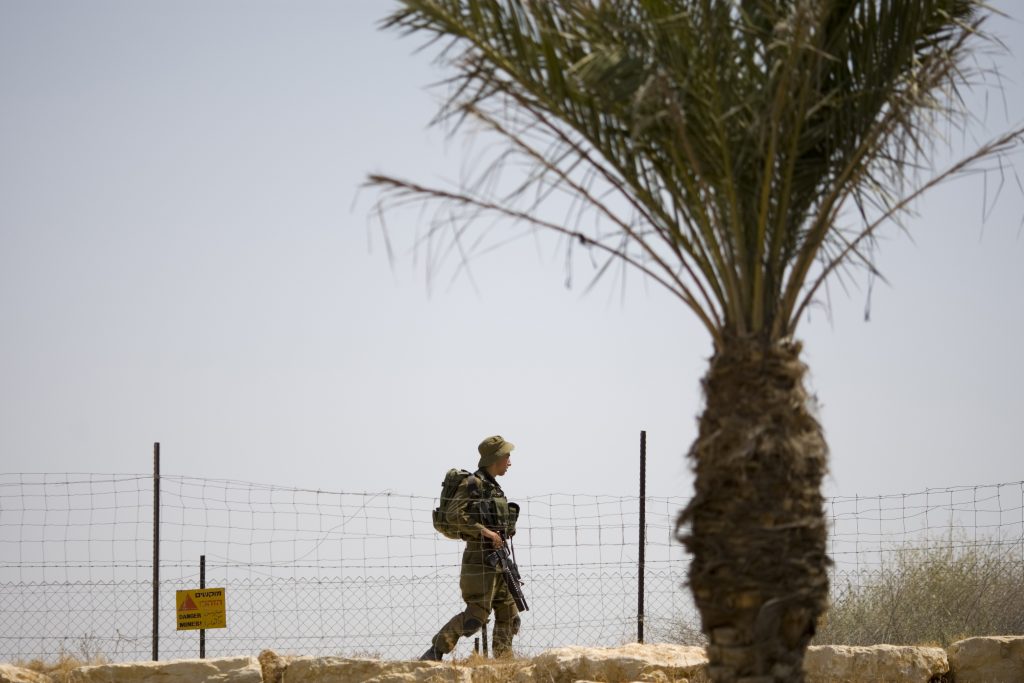 Seven Israeli soldiers sustained light injuries after a landmine exploded under their vehicle in the Jordan Valley, north of the Dead Sea, the army said on Sunday.

Two of the soldiers were evacuated by helicopter to Hadassah Hospital Ein Kerem in Yerushalayim for treatment. The others were driven to the hospital and arrived a short time later.

The army said the troops were performing “a routine mission to fix a fence around a minefield” near a Christian religious site known as Qasr al-Yahud. Israel recently promised funding for the removal of an estimated 4,000 mines from the vicinity.

An initial investigation of the incident found that the M15 anti-tank mine — an obsolete model from the 1950s — had been covered in sand and couldn’t be seen.

The Jordan Valley is packed with thousands of mines sewn by Israel and Jordan over the years.