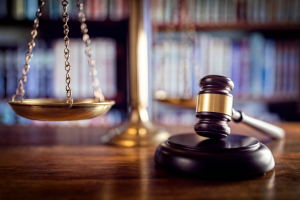 As an Ontario court weighed whether a Toronto hospital could remove life support from 25-year-old Shalom Ouanounou, hundreds of members of the local Orthodox community turned out in a show of support for the second time since the case began. The case bears broader significance as well, as it could set an important precedent on the issue of accommodating religious beliefs regarding “end of life” issues.

Attorneys for both sides presented their arguments during a hearing that spanned Monday and Tuesday. Hugh Scher, who is representing the Ouanounou family, has argued that Canada’s Charter of Rights and Freedoms oblige accommodation of the patient’s religious beliefs, which call for treatment to continue. Attorneys for the hospital contend that failure to heed what doctors classify as “brain death” would endanger the efficient functioning of medical institutions.

“I think the fact that so many people turned out for Shalom had to make an impression,” Aliza Karoly, an attorney who has been closely involved in the case, told Hamodia. “Jews of all communities and ages were there; boys from all different yeshivos kept on shuffling in and out. The hospital’s lawyers were trying to say that it doesn’t make sense to make an exception for a very small percentage of people, but it’s hard to make that case when you have a room full of people the ruling could affect.”

The courthouse’s largest room was selected for the proceedings, and Justice Glenn Hainey, who presided, instructed security officers not to restrict entrance and to allow visitors to stand in the hallway and empty jury box.

This past September, Mr. Ouanounou (Yochai Shalom Netanel ben Rivka), 25, suffered a severe asthma attack that led to cardiac arrest. Subsequently, he lost consciousness and was taken to Toronto’s Humber River Hospital for emergency treatment. Based on neurological tests, doctors determined that he was “brain dead,” and issued a death certificate while his heart and lungs were still functioning.

Based on their conclusions, physicians said that the hospital could no longer offer treatment and announced their intention to remove the patient from the respirator and other devices necessary to preserve his life.

Rabbanim believe that what the medical profession calls “brain death” does not have any halachic validity, and there is a prohibition against taking any actions that would hasten death.

The Ouanounous objected to the hospital’s determination, citing that to cease life support would violate Shalom’s beliefs and is thereby a violation of his religious rights.

In November, Justice Hainey issued a ruling that the hospital must continue treatment as the case proceeds. That hearing, too, was attended by hundreds of members of the Orthodox community at the urging of Toronto’s Rabbanim.

In the United States, many states do allow hospitals to define the end of life as what the medical profession terms “brain death.” However in several states, including New York and New Jersey, exceptions are made for patients whose religious beliefs do not subscribe to this definition. Yet most of Canada, including Ontario, has no statute on the books as to how death is to be defined.

The hospital maintains that, in light of the death certificate, it is no longer obligated to provide treatment, but in accordance with the November agreement will do so as the legal battle continues.

A decision is expected in the coming weeks.

This article appeared in print on page 12 of the February 14th, 2018 edition of Hamodia.