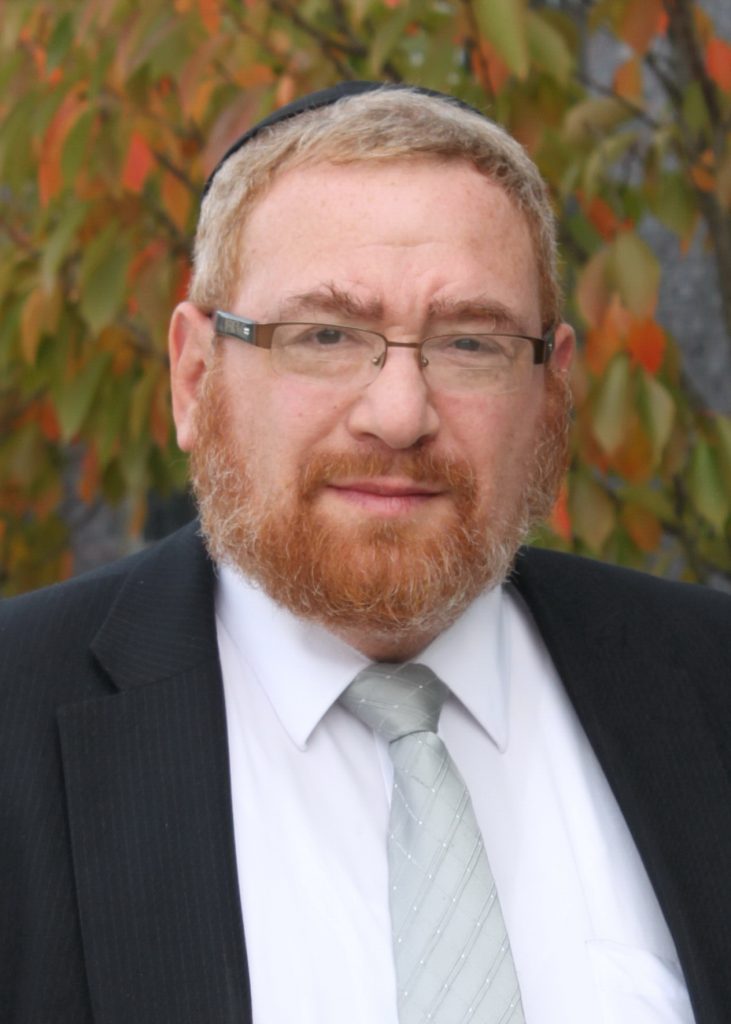 Yeshiva Darchei Torah of Far Rockaway was struck by tragedy with the sudden passing of its beloved executive director, Rabbi Yehuda Eliezer Harbater, z”l. He was 62.

Rabbi Harbater was born in the Far Rockaway area. His father, Reb Moshe Yisroel, z”l, was a survivor of the Chevron massacre who was injured and left for dead by the marauding Arabs. His mother, Mrs. Hadassah Harbater, a”h, was the daughter of Reb Elkana Austern, z”l, who participated in the founding of the storied White Shul in Far Rockaway in 1922.

As a child, Rabbi Harbater studied in local Far Rockaway mosdos before traveling to learn in Yeshiva Toras Chaim of Denver and then in the Mir in Yerushalayim. Following a brief stint in Beth Medrash Govoha in Lakewood and his marriage, he returned to the kollel at his alma mater, Toras Chaim.

While Rabbi Harbater was an intelligent and talented individual and could very well have pursued various career opportunities, he only wanted to be involved in Torah, and so his first and only job straight out of kollel in 1985 was assuming the position of executive director of Yeshiva Darchei Torah of Far Rockaway, under the leadership of the Rosh Hayeshivah, Harav Yaakov Bender.

For nearly 33 years, Rabbi Harbater devoted himself tirelessly to the Yeshivah, its mechanchim, its talmidim, and their parents. His primary task was to help ensure the Yeshivah’s fiscal health through the efficient collection of tuition. Yet he tackled this role, one that has the potential for unpleasantness, with ehrlichkeit and compassion.

It was said that he had received shimush from Gedolim, such as Harav Shimon Schwab, zt”l, in the delicate subject of tuition requirements, a testament to how seriously he took the issue, with consideration to both the Yeshivah and to the parents.

He always sought to strike the right balance between the needs of the Yeshivah and the challenges faced by middle-class families, and remarkably he managed to execute his job while remaining beloved and admired by all.

Although his was a demanding job that required long hours, Rabbi Harbater was a talmid chacham who kept daily, intensive sedarim in Gemara b’iyun, and he was as comfortable in Shev Shmaatsa and Ketzos as he was in reviewing Chumash with a grandchild.

He remained a lifelong talmid of his illustrious Rebbeim from Toras Chaim of Denver and the Mir in Yerushalayim, quoting them and maintaining relationships with them long after he had learned in those yeshivos.

He prided himself on passing that passion for Torah on to the next generation, and his sons and sons-in-law are bnei Torah as well.

Rabbi Harbater was a pillar of the Bayswater community, where he and his wife raised their children in a home imbued with Torah, yiras Shamayim, simchah and hachnasas orchim. Despite the distance, he would walk every Shabbos morning to the Yeshivah to daven, because he felt his place was there.

Rabbi Harbater possessed a serious, no-nonsense personality. He did not engage in flattery, yet his every interaction bein adam lachaveiro was impeccable, treating every person — regardless of age or social station — with the utmost dignity. He took his davening and learning seriously, and he took his job seriously, working untiringly to take care of whatever was needed at any given moment. He was incapable of just sitting around and wasting time.

His passing came very suddenly and with little warning, yet in a sense he was prepared for it because of his attitude to life, and his utilizing every day, every moment, to the fullest.

He is survived by, ybl”c, his wife, Mrs. Shira Harbater; a brother, Reb Michael Harbater; a sister, Mrs. Rena Herschberg; and five sons and three daughters, including three children who are not yet married.