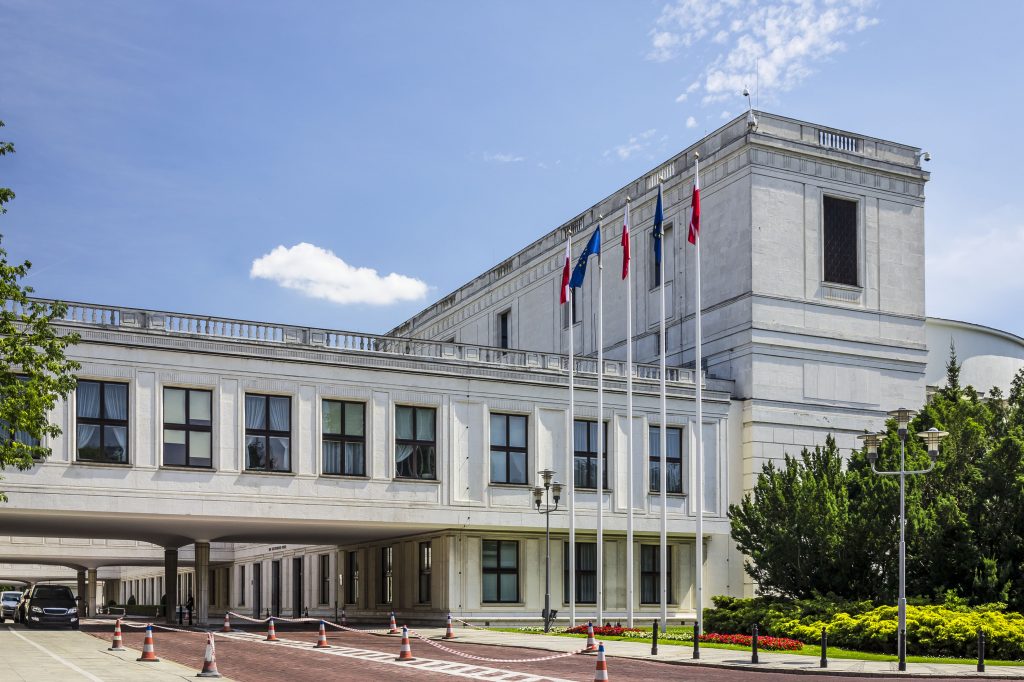 Poland’s Chief Rabbi, Rabbi Michael Schudrich, expressed confidence that a bill that would restrict the export of kosher meat will be resolved in a manner favorable to the Jewish community before it comes for a vote before the nation’s parliament.

“I have been in contact with the bill’s sponsor; he’s sensitive to our needs and is interested in accommodating them, so I’m relatively hopeful that a good compromise can be reached,” he told Hamodia.

The proposal is part of a larger piece of legislation on animal rights that has been drafted by a member of Poland’s ruling Law and Justice Party. The bill explicitly states that Jews living in Poland can continue to practice shechitah for their own needs, but would limit the number of animals slaughtered to what is consumed in the country.

When the legislation was first proposed in December, Rabbi Schudrich said that he was approached to give estimates as to how much meat his community consumed, but used the question as an opportunity to point out what he sees as flaws with the proposal.

“I told them that it is impossible to estimate how many Jews visit Poland over the course of the year from other countries, or how many Polish Jews abroad might need kosher meat, and that it’s my responsibility to see that it is available to all of them as well,” he said.

A report that was widely circulated in Jewish media on Monday claimed that the bill was set to be brought to the floor of Poland’s parliament this week, but Rabbi Schudrich said that based on his discussions with the measure’s sponsor and others in the government, it was still undergoing revision and was not likely to come to a vote for several weeks or even months.

The legislation mirrors similar efforts to ban or limit slaughter without pre-stunning throughout Europe, which is presently illegal in Sweden, Denmark, Norway, Switzerland and Iceland. A law passed last year stands to add two of Belgium’s three provinces to the list by 2019, should ongoing legal challenges there fail.

The trend, which affects both shechitah and Muslim halal slaughter, has been championed by animal rights activists who have increasingly joined forces on the issue with nationalist elements seeking to ban religious slaughter as a means of curbing the size and influence of Muslim communities in Europe.

Rabbi Schudrich said that this bill was motivated by a genuine concern for animal welfare, but that he has used multiple meetings with supporters of the legislation to counter the notion that shechitah constitutes cruelty to animals.

Should it become law in its present form, the bill would have far-reaching repercussions, as Poland has become one of the world’s major centers for the export of kosher beef, supplying significant amounts of the meat consumed in Eretz Yisrael, as well as in Great Britain, France and Belgium. Low labor costs and a high occurrence of cattle whose lungs meet the standards of “glatt” upon inspection have made the country an increasingly popular venue for kosher slaughter. It is the source of a high percentage of the continent’s halal meat as well, which would also now come under threat from the present legislation. In addition to religious groups, the bill is also opposed by farmers unions and others who profit from the high demand for Polish cattle.

This is not the first threat to shechitah in Poland to occur in recent memory. In 2004, a law was instituted requiring all animals be stunned before slaughter, but allowed an exception for religious groups, whose customs forbade the practice. Yet, in 2013, the religious exception was struck from the books amid legal and political wrangling. However, the next year, Poland’s high court put the exemption back in place, saying that the de facto ban was a violation of the nation’s constitutional guarantee of religious practice.

The present proposal comes amid heightened scrutiny of Poland’s treatment of issues related to the Jewish community at large. Last week, President Andrzej Duda signed a bill into law seen by many as restricting scholarship on Polish compliance in the Holocaust.

“They know that there are a lot of eyes looking at them now, and it has made them all the more sensitive to issues like this,” said Rabbi Schudrich.