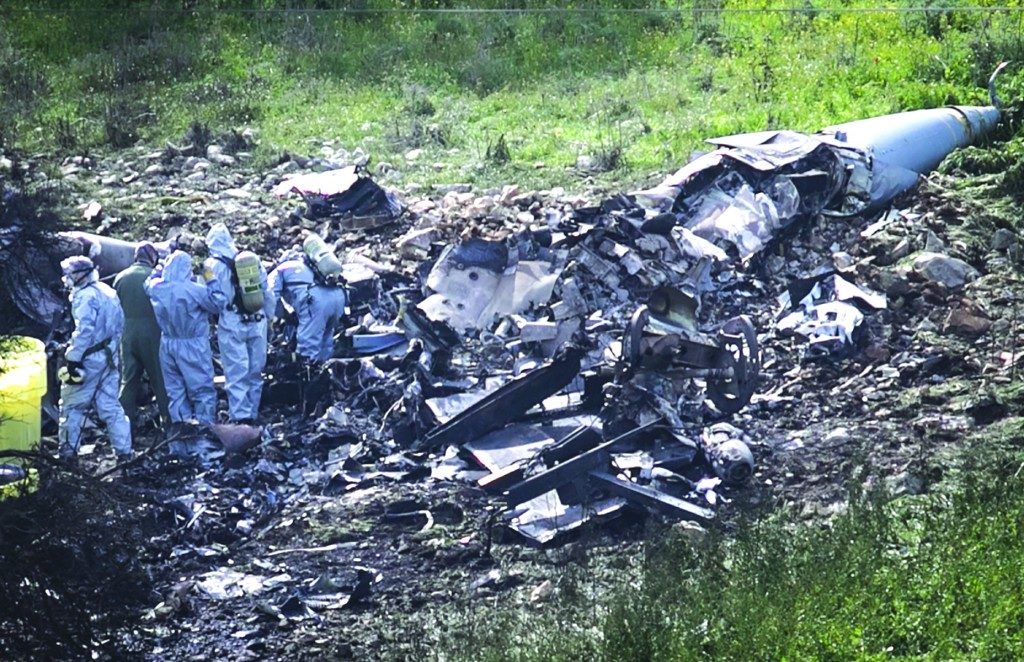 The last stragglers who had davened Mussaf at the Kosel Hamaaravi were leaving to partake of the Shabbos seudah in their homes just as the early birds who had come for Minchah Gedolah were arriving. Only Itzik stayed at the Kosel. He lives there. Well, not really lives there, but that’s where he spends most of the day. He straightens up, organizes, picks up and puts back. “The Kosel Guard,” he calls himself.

This Shabbos, Itzik looks sad. Earlier in the day, a tourist with Asian features and a white kippah on his head had approached him as he was gathering all the siddurim and returning them to the closet, sharing the news that “there’s unrest in the north.”

Apparently, as throngs of Yidden were blessing the upcoming month of Adar, singing Purim melodies such as “Mishenichnas Adar marbim b’simchah” and “LaYehudim haysah orah v’simchah v’sasson v’yekar,” the Persians — known today as the Iranians — were opening another front with the Jews.

And now there’s “unrest in the north.” The phrase took Itzik back in time. He is a reserve soldier who up until a few months ago was doing regular service. “Last time around, I was fighting in the area,” he relates, his eyes flashing. “Do you know what I felt like when I was there? Your life hangs in the balance. You know how you leave your house but you have no idea if you’re going to return in one piece.”

The tourist told Itzik and those who clustered around him about an F-16 plane that had been downed by a Syrian missile, shot in response to the interception of an Iranian drone that had infiltrated Israeli skies. The drone had been launched by Iranians who control certain areas of Syria and have established military points there. Itzik was horrified. He remembers the previous round of fighting up north. He doesn’t want to go back there.

A feeling of gloom settled over the tourist’s audience. Little Israel facing armed-to-the-teeth Iran. They can do anything, and they have nuclear weapons, too. But Itzik soothed them: “Eretz Yisrael has a special blessing. Hashem’s Eyes are on us from the beginning of the year until the end. No one can overpower us.”

In the previous round, when Prime Minister Benjamin Netanyahu raised the topic of Iran over and over again on his visits to former U.S. President Obama, his opponents and enemies claimed he was isolating Israel and argued that it wasn’t wise to discuss the matter with President Obama, as the latter had declared he was convinced that Iran did not have war on its mind.

Today, political correctness has flown out the window at the White House, and it is possible to call a spade a spade. The subject of the Iranian threat is already open on the table and it is not necessary to either whisper or plead. Now is also the time to act. B’chasdei Shamayim, of course.

“Today, I know,” Itzik says to those gathered around him, “that the real battle takes place here at the Kosel Hamaaravi and in all the batei knesses in Israel. We won then and we won all our wars in a most miraculous way; we are always the few facing the many. We are not the ones fighting; Hashem ish milchamah.” This is Itzik’s take, now that he has drawn closer to his Creator and has the merit of serving Hashem in the place from which the Shechinah never budges.

Twenty-seven years ago, Saddam Hussein went on a rampage, hurling missiles from Iraq to Israel. In those days, the Gerrer Rebbe, the Pnei Menachem, zt”l, publicized a chizuk article addressed to Yidden residing in Eretz Yisrael. He sought to soothe the public’s fears on the one hand, and persuade them not to place their faith in the coalition’s antiballistic missiles, on the other.

“It is not the Scud that kills, nor is it the Patriot that saves,” he wrote. (Scuds were the Iraqi missiles and Patriots were the missiles launched to intercept them.) His intent was to convey that everything depended on the tefillos of bnei Yisrael and upon our return to Hashem.

Just as He performed miracles for us in those days, at this time — in the times of Mordechai and Esther in Shushan Habirah — so may He perform miracles today as we face the enemy seeking to destroy us.