Israel Liberman: ‘Time Not to Bark But to Bite’
Israel 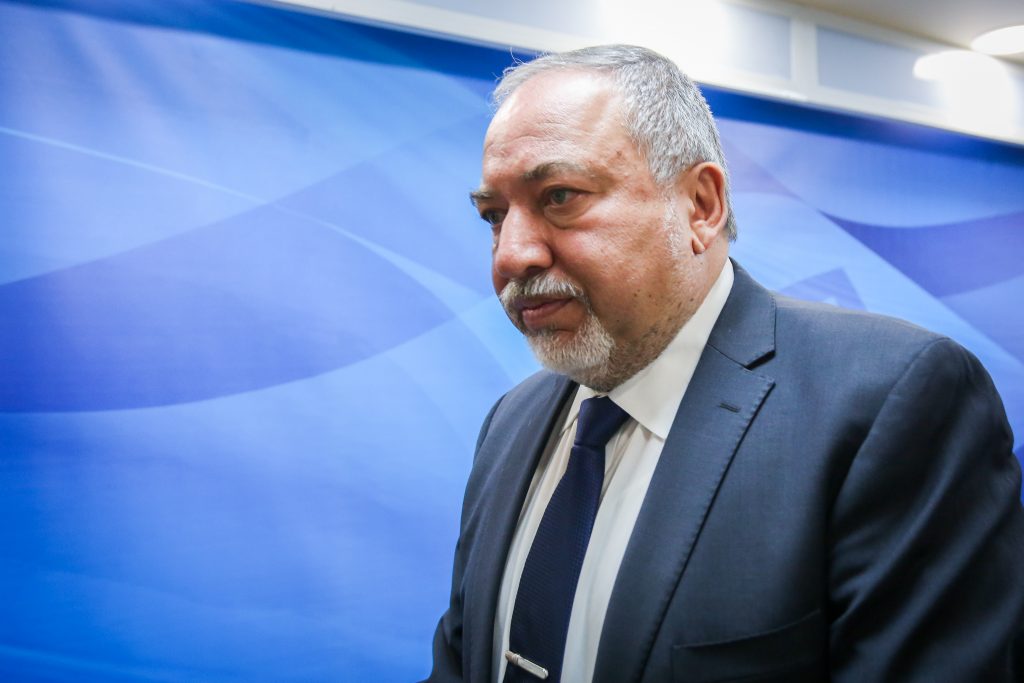 On a tour of Israel’s northern border in the wake of the weekend’s incident in which an Israeli plane shot down an Iranian drone, and the Israel Air Force lost an F-16 fighter jet to a Syrian missile, Defense Minister Avigdor Liberman said Tuesday that Israel would continue “to respond to all provocations and to protect our interests. This is not the time to bark but to bite – and we will bite very hard.”

Liberman made the comments in Kiryat Shemona, which was part of his tour Tuesday of northern communities and the northern border fence. The visit came after the weekend’s incident, in which an Iranian drone was detected over Israeli airspace in the Golan Heights. The IDF shot down the drone, and dispatched a battery of planes to attack the Tadmor air base in Syria, where the drone was dispatched from, and several other targets in Syria.

The Israeli planes were met with a barrage of missiles fired by Syria, one of which hit an F-16 jet that had a crew of two. The two pilots ejected themselves from the plane over Israeli territory, and were quickly taken to the hospital by rescue forces. Parts of the destroyed Israeli plane were found in Lebanon, Syria and Jordan.

Meanwhile, Israeli planes continued their attack on Syrian and Iranian targets in Syria. According to Channel Two, the IDF destroyed about half of Syria’s air power in the counterattack. Most of the missiles fired at the Israeli planes were of Russian manufacture, the IDF said Saturday night, with the missile that hit the Israeli fighter jet an older version of a missile. In the Israeli counterattack, IDF planes destroyed several key Syrian missile systems, including new SA-17 system just recently delivered by Russia.

On the visit, Liberman said that Israel was doing its best to avoid war, as per a conversation Prime Minister Binyamin Netanyahu had with Russian President Vladimir Putin Monday. “We are handling matters with determination, but also responsibly,” Liberman said, but added that “there are no limits on our actions when they are needed, nor will we accept any limits.”

The fact that Israel and Russia had an “open dialogue” on security matters was important, Liberman said. “Even when we disagree, the fact that we are speaking about matters prevents many misunderstandings. Obviously both sides have their own interests and see things from their own points of view, but with that, even with the ongoing civil war in Syria, we have avoided getting into any direct confrontations, and that, too, is an accomplishment.”