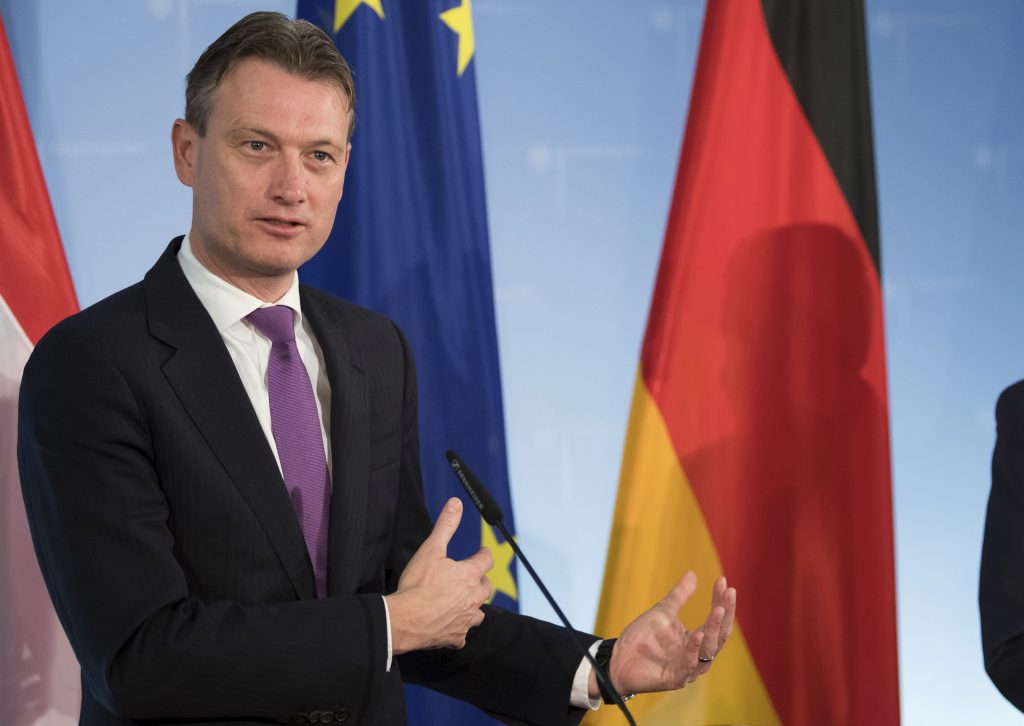 Dutch Foreign Minister Halbe Zijlstra quit on Tuesday after admitting that he had fabricated a story about attending a meeting in 2006 at which he said Russian President Vladimir Putin had outlined a strategy for building a greater Russia.

The incident has embarrassed Prime Minister Mark Rutte’s coalition government, which has a parliamentary majority of just one, and further strained difficult ties with Russia.

Zijlstra, visibly emotional as he took the floor during a parliamentary debate convened to discuss his behavior, said he had decided to tender his resignation to the king because the situation risked harming the work of the Foreign Ministry.

“We live in a country where the truth matters. That’s why I see no other option than to resign,” said Zijlstra, who had held the job for less than four months.

“The office (of foreign minister) must be above all doubt, both at home and abroad,” he added.

Lawmakers also grilled Rutte, who had previously defended Zijlstra despite having known since late January that he had made up the story about Putin.

The handling of the Zijlstra’s case is the first serious test for Rutte’s coalition since it took office in October.

Zijlstra admitted on Monday that he had lied in 2016 when he said he had attended a meeting a decade earlier at which Putin reportedly spoke of plans for regional expansion.

He said he did not in fact attend the meeting but had heard second hand about the president’s remarks — comments that led opposition parties to demand his resignation and that the Russian Embassy dismissed on Tuesday as “fake news.”

The Russian Embassy said in a statement that Zijlstra’s allegations “do not hold up against any criticism and are only intended to spread false perceptions of Russia’s intentions.”

“Russia is being blamed for disseminating disinformation,” Moscow’s embassy in The Hague said in a statement.

“Dutch officials are constantly making such unfounded statements… Isn’t this an example of fake news directed against our country?”

Ironically, Zijlstra had been due to travel to Moscow for a previously scheduled meeting with Russian Foreign Minister Sergei Lavrov on Wednesday.

The dispute comes at an awkward time for the Dutch, who are preparing indictments against suspects in the downing of Malaysia Airlines flight MH17 over Ukraine in July 2014 with 196 Dutch citizens on board.

Dutch authorities have said the plane was brought down by a Russian-made Buk missile, fired from territory held by pro-Russian separatists in eastern Ukraine. Russia has denied this.