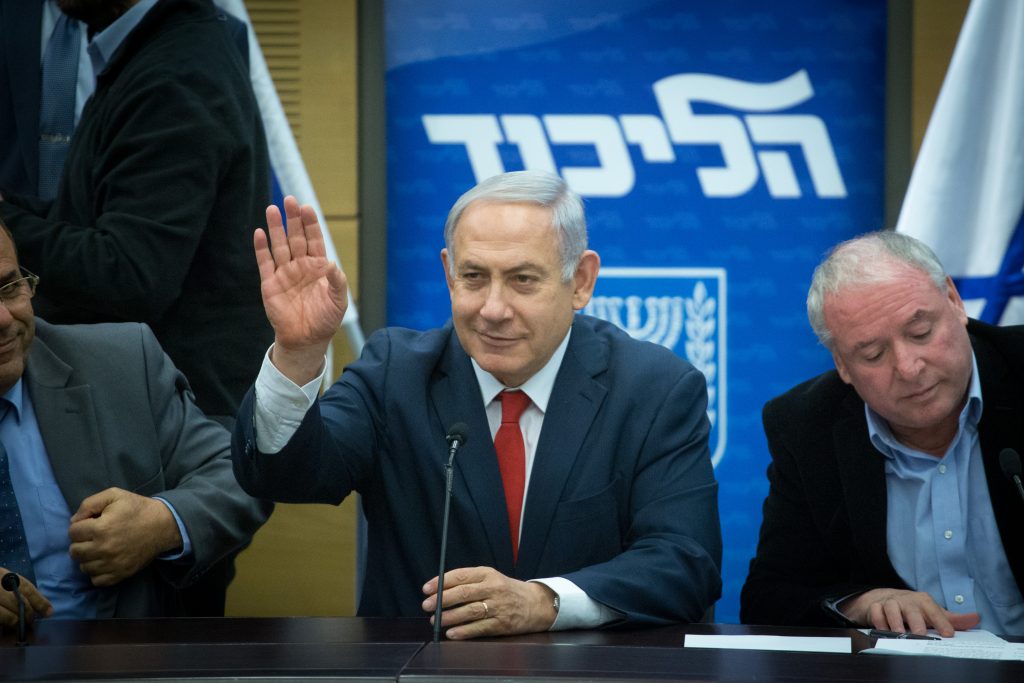 A statement by Prime Minister Binyamin Netanyahu that he was discussing with Washington an Israeli legislative proposal to extend sovereignty over Jewish population blocs in Yehudah and Shomron on Monday was followed by a flurry of denials in Yerushalayim and Washington.

PM Netanyahu told a meeting of the Likud party that he’s been in talks with the Trump administration on a “historic” initiative to annex Israeli communities in Yehudah and Shomron.

“I can tell you that for a while now I’ve been talking about it with the Americans,” he was quoted as saying in media reports.

However, that was later contradicted by a Reuters report quoting a “White House spokesman saying that ‘reports that United States discussed with Israel an annexation plan for the West Bank are false.’”

The Jerusalem Post attributed the denial to Josh Raffel, a spokesman for the White House peace team. “The United States and Israel have never discussed such a proposal, and the President’s focus remains squarely on his Israeli-Palestinian peace initiative,” he was further quoted as saying.

That had been preceded by a more ambiguous denial from a senior diplomatic official in Yerushalayim, who reportedly said that the prime minister did not present the U.S. with any specific proposals for annexation, but only “Israel’s national interests under any future peace deal”, and “in any case the U.S. did not express support for the proposals.”

“Israel updated the U.S. on various proposals that are being brought up in the Knesset, and the U.S. expressed its clear position that it hopes to present President [Donald] Trump’s peace plan,” the official said. “PM Netanyahu’s position is that if the Palestinians continue to refuse negotiating peace, Israel will present its own alternatives.”

Then, at mid-evening Israel time, the Prime Minister’s Office released a statement which said only: “Prime Minister Benjamin Netanyahu updated the Americans on the initiatives being raised in the Knesset, and the Americans expressed their unequivocal position that they are committed to advancing President Trump’s peace plan.”

Presumably, the “initiatives” referred to the annexation proposal; but it was not clear what the connection was between that and the second part of the sentence, about the American commitment.

The denials did not come fast enough for the Palestinians, however, who in the meantime responded to PM Netanyahu’s initial statement with their latest threat that any such move would “eliminate” the peace process.