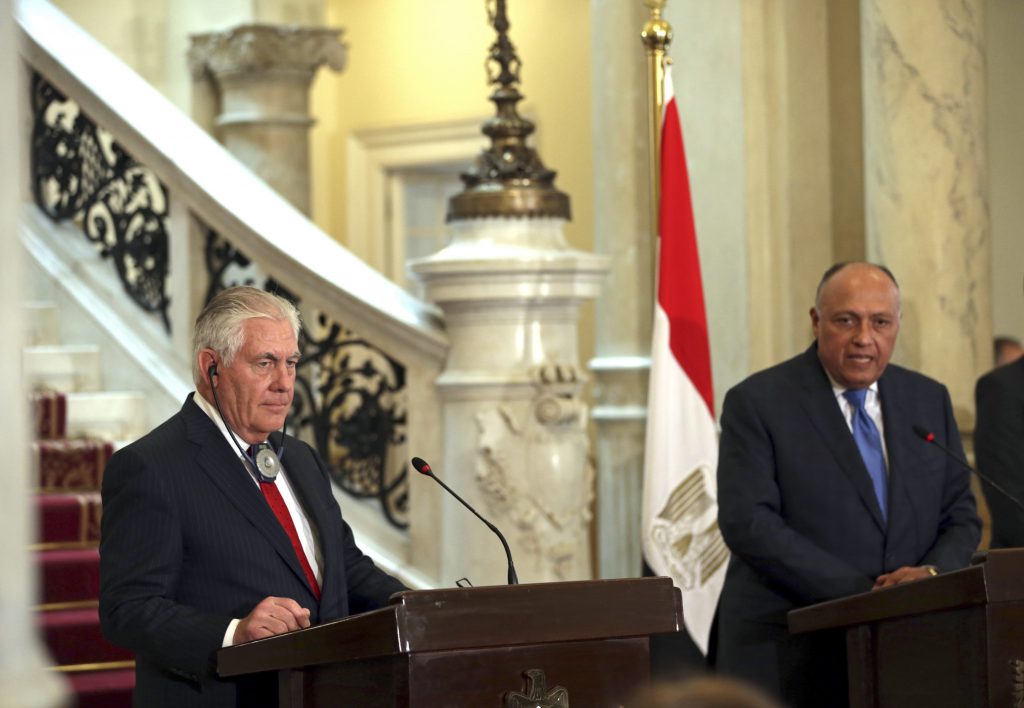 U.S. Secretary of State Rex Tillerson said on Monday that Washington remained committed to achieving a lasting peace in the Middle East between Israel and the Palestinians, despite President Donald Trump’s decision to recognize Jerusalem as Israel’s capital.

Tillerson was speaking at a joint news conference in Cairo with his Egyptian counterpart Sameh Shoukri.

Tillerson also said that the United States supports Egypt’s fight against Islamic State but reiterated that it advocated free and fair elections in the Arab country.

Tillerson arrived in Egypt at the start of a regional tour amid heightened tensions between Israel and Syria after an Israeli F-16 aircraft was shot down. It also follows a major security operation by the Egyptian military to crush Islamist terrorists who have killed hundreds of people since 2013.

“We agreed we would continue our close cooperation on counterterrorism measures,” Tillerson said.

“The Egyptian people should be confident that the U.S. commitment to continue to support Egypt in the fight against terrorism and bringing security to Egyptian people is steadfast.”

The Egyptian military campaign comes ahead of the presidential election in March, in which President Abdel Fattah al-Sisi is seeking a second term in office.

“We have always advocated for free and fair elections, transparent elections not just in Egypt but in any country,” Tillerson said.

“The U.S. is always going to advocate for electoral process that respects rights of citizens,” he told journalists, adding that the United States was also keen to continue supporting Egypt in its economic recovery.