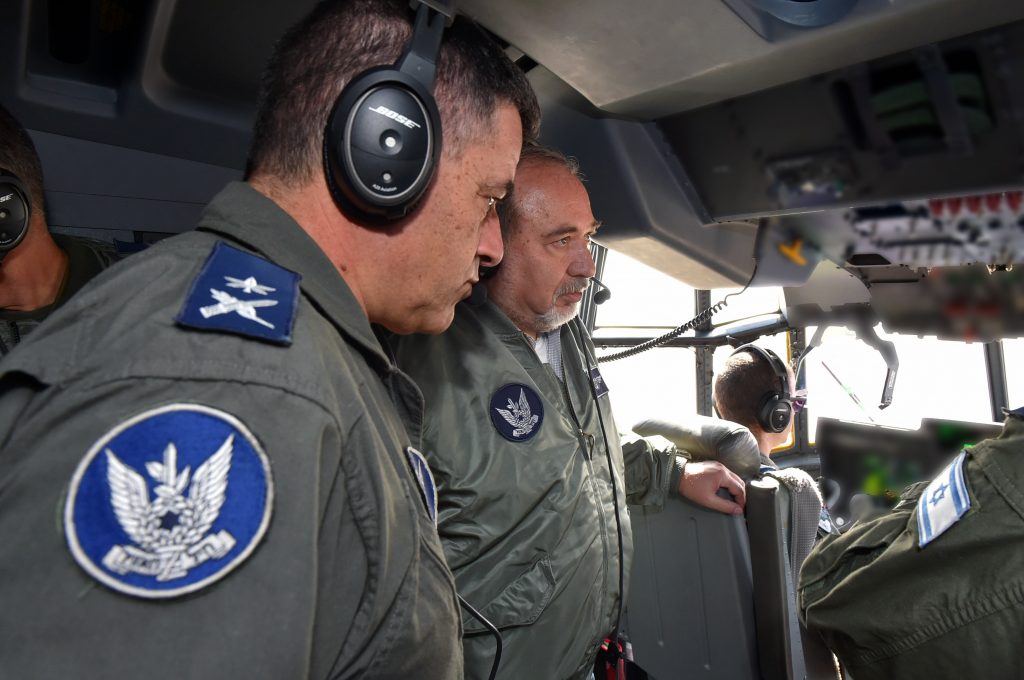 The clash with Syria over the weekend could have ramifications for Israel’s defense budget, as Defense Minister Avigdor Liberman will likely use it to strengthen his case for additional funding, Globes reported on Monday.

Defense sources said that the Syrian inciddent would accelerate the decision-making process on the rise in the defense budget that Liberman has been requesting.

The Finance Ministry has been resisting a defense increase, on the grounds that it would nullify the agreement reached with the previous defense minister, Moshe Yaalon, two years ago. That provided for an annual defense budget fixed for five years, giving the IDF the funding stability needed to plan long-term for procurement and military exercises.

However, Liberman has pointed to changing security conditions which necessitate an adjustment of the IDF’s planning and budgetary framework.

The entrance of Iran into Syria has taken place since the agreement with the Ministry of Finance was signed; and the underground barrier against tunneling on the border with Gaza, another unforeseen expenditure of over 5 billion shekels.

A defense source recently explained to Globes that the last two years have seen the emergence of “equilibrium-breaking” weaponry in the region. “We are discovering intelligence gathering capabilities in the region that we have never seen here before, in addition to advanced military systems such as S-400 ground-to-air missiles. This brings home our need to defend ourselves, and defense against just one of the threats will cost millions. There are systems here to which even the Americans have no answer.”

Accordingly, some of the additional funding would be allocated for research and development, and Liberman wants a first installment to be inserted in the 2018 budget, so that five years down the road the IDF will have the capabilities to respond to increasingly sophisticated threats.

An inter-ministerial committee which was formed a month ago is due to report to the security-diplomatic cabinet after Pesach.