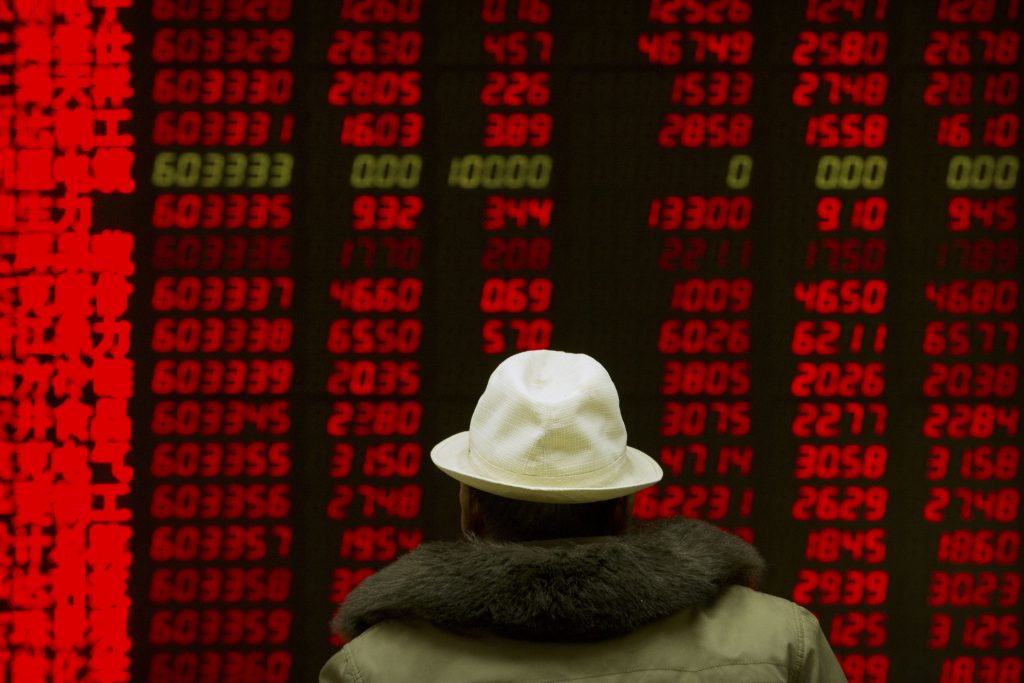 Asian share markets found a semblance of calm on Monday as S&P futures extended their bounce, though global investors were still fretting about the risks from looming U.S. inflation data after last week’s sharp sell-off.

Both South Korea and China gained 1.2 percent, while Japan’s Nikkei was closed for a holiday.

E-Mini futures for the S&P 500 rose 0.6 percent, adding to a late bounce on Friday. European bourses were expected to open with solid gains, with futures for the London FTSE already up 1.4 percent.

Yet a relatively sharp 14-tick drop in Treasury bond futures suggested it was too early to sound an all-clear on volatility.

“A massive buildup in market leverage has been partially unwound in the blink of an eye and morphed into something far more broad-based,” said Chris Weston, chief market strategist at broker IG.

“One could argue that it is the U.S. bond market that is the driving force, and will remain so through this coming week.”

Particularly challenging will be U.S. consumer price data on Wednesday given that it was fears of faster inflation, and thus more aggressive rate rises, that triggered the global rout in the first place.

Median forecasts are for consumer price inflation to slow a little to 1.9 percent in January from a year earlier, mainly due to the base effect of a high reading in January 2017, while the core measure is seen ticking down to 1.7 percent.

A result in line with or below expectations would likely be a big relief, while anything higher could well spook investors, lift bond yields and batter stocks.

Aziz Sunderji, an economist at Barclays, suspects the inflation scare will prove to be transitory.

“Tight jobs markets will pressure wages upwards, but technology, automation, and globalization are important – and slow moving – forces acting in the opposite direction,” Sunderji argued in a note to clients.

“Paradigms don’t shift on a dime. In our view, the recent market turmoil is a bump in the road, not a wholesale change of direction.”

But what a bump it was! The benchmark S&P 500 fell 5.2 percent last week, its biggest decline since January 2016. Ninety-six S&P 500 stocks were down 20 percent or more from their one-year highs, according to Thomson Reuters data.

The pivotal gauge of S&P 500 volatility, the VIX, remained relatively elevated at 29 percent.

The ascent of yields had offered some support to the U.S. dollar last week, but was proving of limited help on Monday as speculators returned to short the currency.

The dollar was steady on the yen at 108.71, aided in part by reports that Haruhiko Kuroda would be reappointed as head of the Bank of Japan and likely continue the country’s ultra-loose monetary policy.