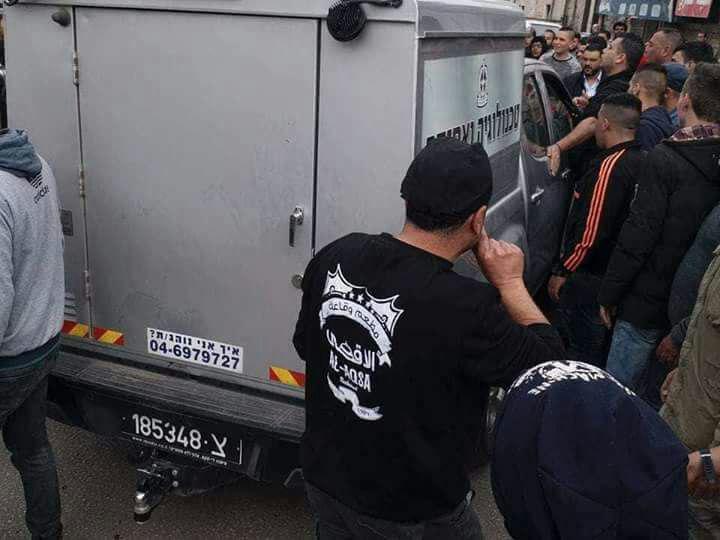 Two IDF soldiers narrowly escaped a lynch mob Monday afternoon after they mistakenly drove into Jenin in northern Shomron. According to the IDF, a mob surrounded the army jeep that they were riding in, blocking their path. The mob managed to steal one of the soldiers’ weapons. The two soldiers were wounded in the attack, with one of them requiring hospitalization after they were rescued, suffering from light head injuries.

According to reports, the soldiers were extricated by Palestinian Authority police who arrived quickly as the riot ensued. The PA police cleared the road and enabled the jeep to leave, and coordinated with the IDF to ensure that they left the area safely. The army was in contact with the PA regarding returning the stolen weapon, the IDF said in a statement. An army spokesperson told Hadashot News that the incident “was potentially very dangerous.”

One of the soldiers told reporters that the incident developed very quickly. “The mob surrounded us and broke our window, and tried to attack us. It was an actual attempted lynch. All I could do was shout until someone came to rescue us,” the soldier said.

Overnight Sunday, security officials said they arrested 14 wanted security suspects in other areas in Yehudah and Shomron. The suspects were wanted for participating in rioting and throwing stones and firebombs that endangered Israeli civilians and IDF soldiers. Several of the suspects were also charged with belonging to Hamas. All were being questioned on their activities by security forces.