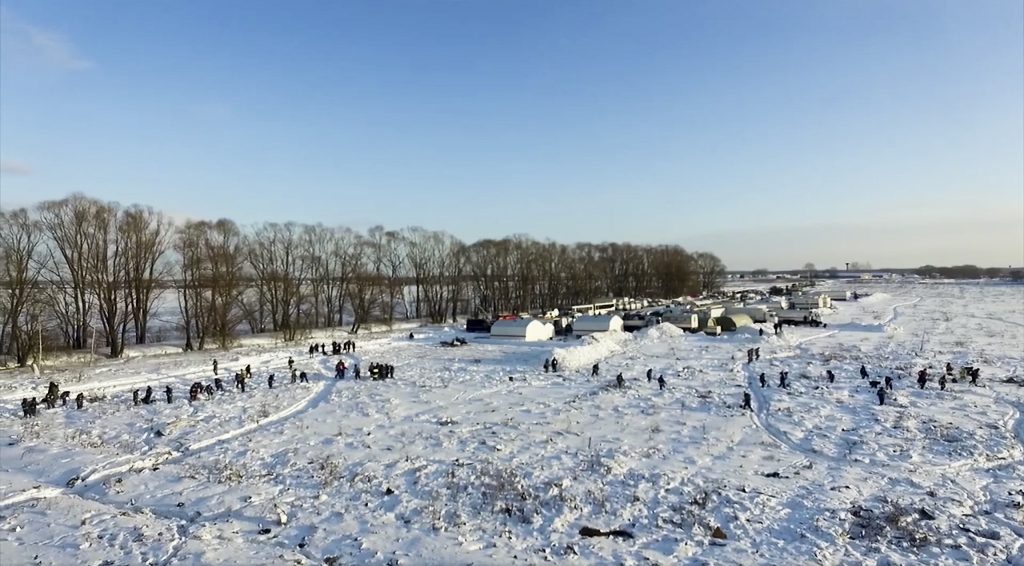 Tramping through snowy fields outside Moscow, emergency workers found both flight data recorders from a crashed Russian airliner on Monday as they searched for debris and the remains of the 71 passengers and crew who died.

The An-148 twin-engine regional jet bound for Orsk in the southern Urals went down minutes after taking off from Moscow’s Domodedovo airport Sunday afternoon. All 65 passengers and 6 crew on board were killed.

Russian investigators quickly ruled out a terror attack but will not speculate on possible reasons for the crash.

Still the crash has re-ignited questions about the An-148, since the model’s safety record is spotty, with one previous crash and a series of major incidents in which pilots struggled to land safely. Saratov Airlines, which operated the plane, has grounded several other An-148s in its fleet pending the crash probe.

The Investigative Committee, Russia’s premier state investigative agency, said the plane was intact and there had been no fire on board before it hit the ground. The plane’s fuel tanks exploded on impact, scattering debris across 74 acres in deep snow, according to the Emergency Ministry, which used drones to direct the search.

Deputy Prime Minister Arkady Dvorkovich told a Cabinet meeting that emergency teams have found both flight data and cockpit conversation recorders, which are crucial for determining the crash’s cause.

Officials said the search for victims’ remains at the crash site will take a week. The 65 passengers ranged in age from 5 to 79, according to a list posted by the Russian Emergencies Ministry. Most victims were from Orsk, where the authorities declared an official day of mourning on Monday.

President Vladimir Putin put off a planned trip to Sochi and stayed in Moscow to monitor the search operation and the crash probe.

Saratov Airlines said the plane had received proper maintenance and passed all the necessary checks before the flight. The plane was built in 2010 for a different airline that operated it for several years before putting it in storage. Saratov Airlines commissioned it last year.

Despite Saratov Airlines’ move to ground its An-148s, another Russian operator of the plane, Angara, based in Irkutsk in eastern Siberia, said it will keep flying them. Russian government agencies that also operate the aircraft haven’t grounded them either.

The An-148 once was touted as an example of Russian-Ukrainian cooperation, but it fell into trouble as relations between the two neighbors unraveled following Russia’s 2014 annexation of Ukraine’s Crimean Peninsula.

It was developed by Ukraine’s Antonov company in the early 2000s. About 40 were built, most of them in Russia, that manufactured the plane under license.

Along with several commercial carriers, the An-148 is operated by the Russian Defense Ministry and several other government agencies. Ukraine’s president has used the plane for some of his trips.

But the plane’s production in Russia was halted last year because of low demand, and media reports indicated that some carriers, including the Saratov Airlines, were experiencing a shortage of spares. Some airlines reportedly had to cannibalize some of their planes to keep others airworthy.

Among the major problems, in March 2011 an An-148 crashed during a training flight in Russia, killing all six crew members on board. Investigators blamed pilot error.

In 2010, another An-148 operated by a Russian carrier suffered a major failure of its control system but its crew managed to land safely.

Last September, a Saratov Airlines An-148 had one of its engines shut down minutes after takeoff, but landed safely. And in October, another An-148 that belonged to a different Russian carrier suffered an engine fire on takeoff but managed to land.

The last large airline crash in Russia occurred on Dec. 25, 2016, when a Tu-154 operated by the Russian Defense Ministry on its way to Syria crashed into the Black Sea minutes after takeoff from Sochi. All 92 people on board were killed.

The probe into that crash is still ongoing, but Russian officials have indicated that pilot error appeared to be the reason for it.