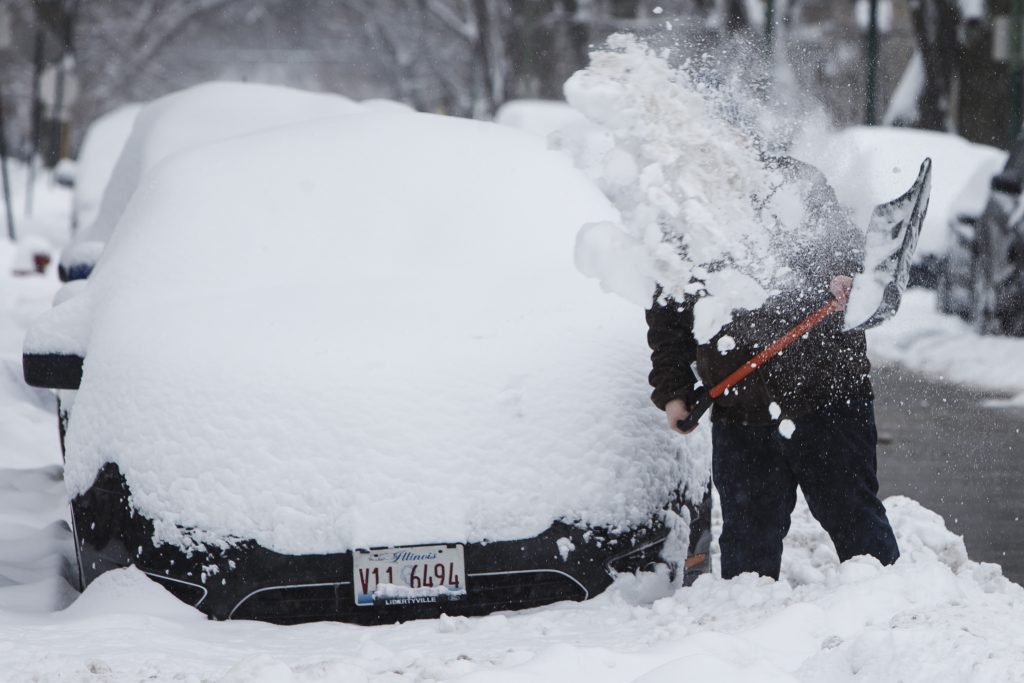 Chicago has had nine consecutive days with “measurable amounts” of snow, which the National Weather Service defines as at least 0.1 inches. That ties a record and marks just the third time it has happened since the agency began keeping records in 1885, said Stephen Rodriguez, a meteorologist.

The weather service issued a winter weather advisory Saturday night and by noon Sunday, another 4 inches of snow blanketed the Chicago area, spurring travel warnings on the snow-covered roads. Most of the area awoke to find roads and sidewalks they had already painstakingly cleared, repeatedly, in need of yet another round of shoveling.

But, “we’re not going to break the record,” Rodriguez said, as no snow is expected Monday.

Officials had measured 4.3 inches of snow between midnight Saturday and noon Sunday.

By nightfall, temperatures around the area were expected to drop significantly from the mid-20s to single digits downtown, and 0 or subzero temperatures in the suburbs to the north, west and south, he said.

The record ties another nine-day snow pummeling from Jan. 6 to Jan. 14 in 2009, which was the first time in more than a century that there had been measurable snow for so many days. The previous occurrence was in 1902, Rodriguez said.

Friday’s winter storm dumped at least 6 inches across much of the city and suburbs and resulted in mass school closings, dozens of crashes and at least 1,000 flights canceled.