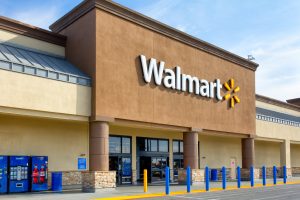 The surprise bonuses that corporations like Walmart Inc. and AT&T Inc. are bestowing upon rank-and-file American workers are currying favor with the public and President Donald Trump.

But there’s another perk — the companies can use the payouts to minimize their tax bills.

It’s no secret that companies are allowed to deduct most compensation expenses from their taxable income as a cost of doing business. There’s a wrinkle this year, though — since the corporate tax rate was slashed to 21 percent from 35 percent, big firms that account for the expense in 2017 stand to save tens of millions of dollars more in taxes than if they book the expense in 2018.

Take, AT&T — the first major company to announce in mid-December that it would pay one-time $1,000 bonuses to more than 200,000 employees. Since employees received their bonuses before Jan. 1, it’s reasonable to infer that the company would have accrued the expense in 2017.

That means the second-biggest wireless carrier would be able to deduct $200 million from its taxable income, and under the old corporate rate of 35 percent, save $70 million in taxes. (Since that money could have been considered taxable business income if it hadn’t been doled out to employees.)

If the company had booked the expense in 2018, it would have only been able to save $42 million. AT&T declined to comment on when it will account for the bonus deduction.

While the tax-savings boost will be greater for smaller companies compared to large multinationals with tens of billions of dollars of annual income, it could still be significant, tax experts say.

“These big bonuses will reduce income for the relevant year, which will lower the effective rate for that year,” said James Howard, chair of the tax department at law firm Gardere Wynne Sewell LLP.

Keep in mind that companies can’t deduct all of their compensation-related expenses. A provision in the Republican tax bill passed by Congress in December eliminates corporate deductions for performance-related pay and commissions in excess of $1 million to individual executives.

It’s hard to know when the companies that have announced bonus payouts plan to account for them. More than half of companies in the S&P 500 Index have reported their full year 2017 earnings, but those that announced bonuses didn’t necessarily disclose whether they accrued the expense last year. Many will likely try to structure the payouts so they qualify for a deduction under the 35 percent rate, according to Louis Weber, chair of the tax practice at Winston & Strawn LLP.

Most large companies use an accounting method that records when an expense is incurred but not yet paid out. Under that method, if they want to account for the payout as a 2017 expense, they must distribute the bonuses within two and a half months after their financial year ends, according to Elliot Freier, a tax partner at Irell & Manella LLP. For companies that follow the calendar year, that means payouts must be doled out by March 15; companies whose 2017 fiscal years end after Dec. 31 will have more time.

Not all companies are booking their bonus payouts as 2017 expenses. Walmart, the nation’s largest private employer, said Jan. 11 that it would spend an additional $700 million on wage increases and special bonuses for eligible employees. The retailer isn’t accounting for that charge in 2017, according to Randy Hargrove, a Walmart spokesman.

If it had, Walmart could have saved $245 million. Instead, the $700 million deduction at the 21 percent rate will equal tax savings of $147 million.

Since Republican leaders pushed through their tax overhaul, more than 330 companies have announced bonuses, pay raises, profit sharing and stock awards, and increased 401(k) contributions for their employees, according to Americans for Tax Reform, run by the anti-tax activist Grover Norquist. There are restrictions on some of the payouts, such as the maximum bonus amount only going to employees who have worked at the company for a certain period of time.

“One advantage of bonuses relative to increasing wages is that if the economy slows down, they can just cut the bonuses and have no commitment to higher wages,” said Burman of the Tax Policy Center.

Trump and Republican lawmakers have highlighted the corporate announcements as evidence that their cuts are working and middle-class Americans are benefiting. Democrats have called the payouts “crumbs” relative to the billions of dollars in savings for corporate America under the new tax plan.

“With 3.5 million Americans receiving bonuses or other benefits from their employers as a result of TAX CUTS, 2018 is off to great start!” Trump tweeted on Feb. 2.

Alan Viard, a tax and budget policy expert at the conservative American Enterprise Institute, says it’s too soon for the tax cuts to have triggered companies to build up more capital and workers to increase their productivity — spurring bonus payouts.

Instead, the tight labor market, which puts pressure on companies to pay and reward their workers more, is more likely motivating the announcements rather than the tax code revamp, said Adam Halpern, chair of the tax group at Fenwick & West LLP. Another possibility, he said: the desire to curry favor with the Trump administration.

“Companies don’t just dole out bonuses out of the goodness of their hearts,” said Christopher Rupkey, the chief financial economist at MUFG Union Bank NA.