Israel Abbas to Putin: We Want You, Not Trump
Israel 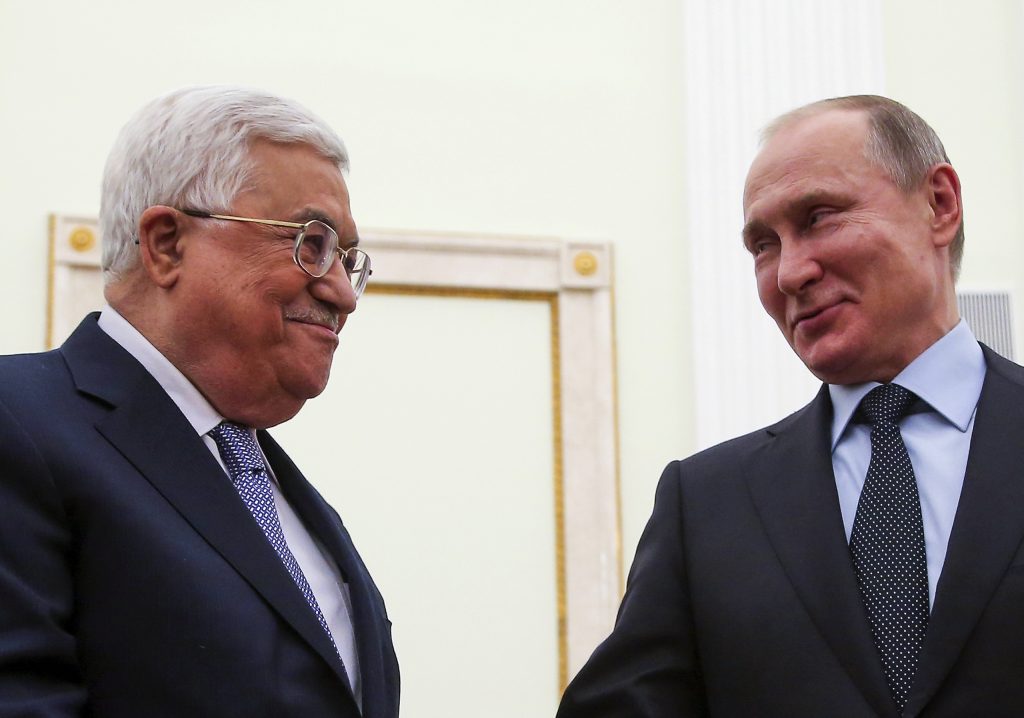 Palestinian leader Mahmoud Abbas told Russian President Vladimir Putin on Monday he could no longer accept the role of the United States as a mediator in talks with Israel because of Washington’s behavior, the Interfax news agency reported.

“We state that from now on we refuse to cooperate in any form with the U.S. in its status of a mediator, as we stand against its actions,” Mr. Abbas told Mr. Putin at the start of talks in Moscow.

Mr. Abbas was quoted as repeating his position that he wants an expanded new mediation mechanism to replace the Middle East Quartet.

“For instance, ‘the quartet’ plus some other countries like the model used to achieve the deal on Iran,” Mr. Abbas said, referring to international talks about Tehran’s nuclear program.