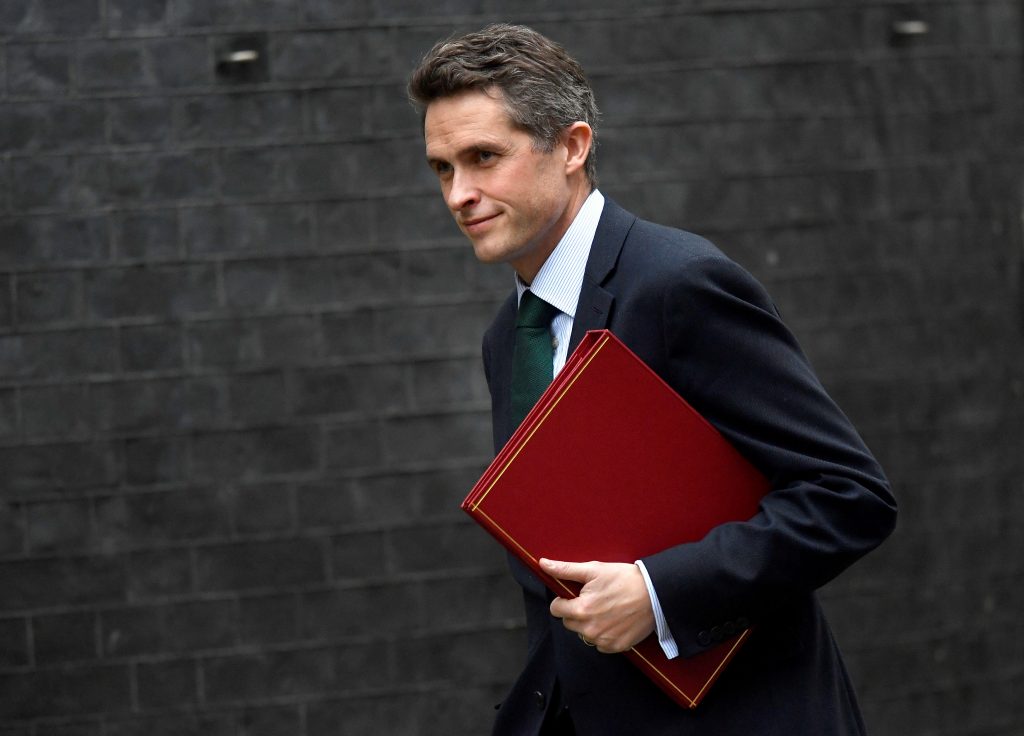 Britain’s defense secretary says two captured Islamic State terrorists who grew up in England should never be allowed to return.

Defense Secretary Gavin Williamson’s comments Saturday in the Sun newspaper come amid reports that Britain has already stripped El Shafee Elsheikh and Alexanda Amon Kotey of their citizenship, opening the door for them to be sent to Guantanamo Bay or another prison outside of the U.K.

“I don’t think they should ever set foot in this country again,” Williamson told the newspaper. “They turned their back on Britain, our values and everything we stand for — they are the worst of the worst.”

Elsheikh and Kotey are alleged to have been part of a four-man IS cell. The most notorious member of the group was Mohammed Emwazi, the masked insurgent known as Jihadi John who appeared in several videos that showed the beheading of Western hostages. The cell captured, tortured and killed more than two dozen hostages, including American journalists James Foley and Steven Sotloff, and American aid worker Peter Kassig.

Tobias Ellwood, a defense minister whose brother was killed in a 2002 terror attack in Bali, called for the men to be tried by an international war crimes court.

“Guantanamo Bay created a new combatant status that bypassed the Geneva Convention, used torture and failed to address a wider global jihadist insurgency that continues today,” he told the Times of London. “Given the scale of foreign fighters, we should consider an agreed international process involving The Hague, which ensures terrorists from any origin are transparently and fairly held to account for their actions.”

Britain’s Home Office refused to confirm whether Elsheikh and Kotey had been stripped of their citizenship, saying it doesn’t comment on individual cases.

The American-backed Syrian Democratic Forces captured the two men last month, and the U.S. helped identify them with biometric data and other tools. U.S. authorities have interrogated Elsheikh and Kotey.

American officials said the U.S. government works closely with its coalition partners in private talks on the disposition of detainees held by the SDF.

Some former hostages of the cell and family members of those slain have expressed concern that Elsheikh and Kotey will be transported to the U.S. detention facility at Guantanamo Bay, where people have been held for years without trial.

Nicolas Henin, a French journalist held by IS for 10 months, said the two IS fighters should be given fair trials that will deliver justice, not revenge.

“Guantanamo was actually one of the reasons for their engagement in extremism,” Henin told The Associated Press. “So if we perpetrate this kind of atrocity we are not helping our quest for justice.”

Foley’s father, John Foley, said he hopes the two IS terrorists will be put on trial and sentenced to life in prison.

“The death penalty would make them martyrs, which is what they would want, so I would prefer that they spend the rest of their lives in jail,” Foley said.