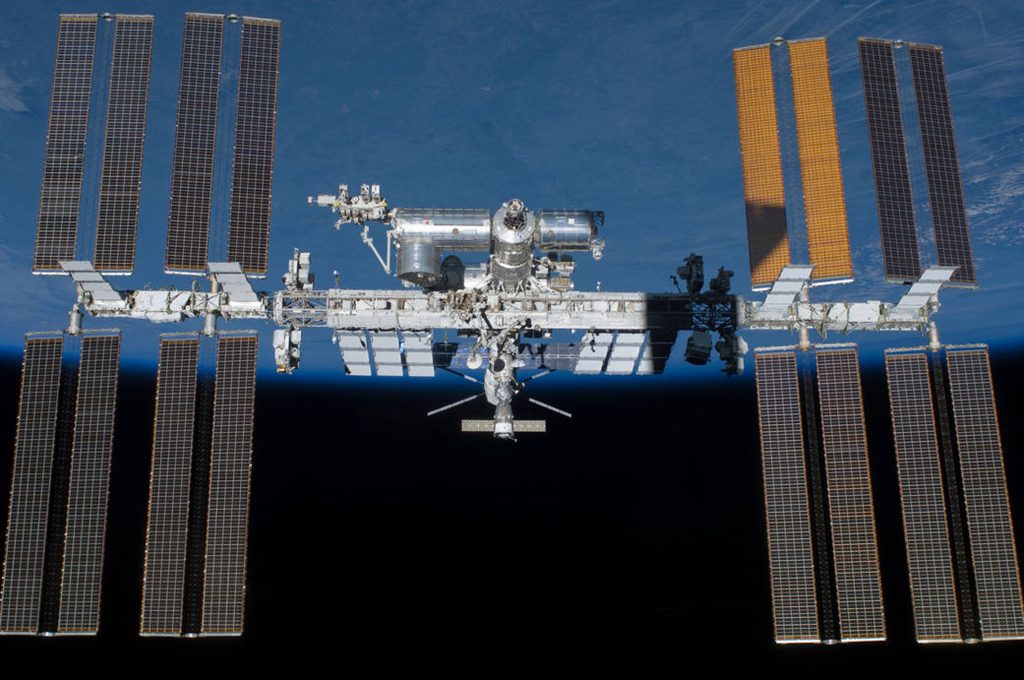 The Trump administration wants to turn the International Space Station into a kind of orbiting real estate venture run, not by the government, but by private industry.

“The decision to end direct federal support for the ISS in 2025 does not imply that the platform itself will be deorbited at that time. It is possible that industry could continue to operate certain elements or capabilities of the ISS as part of a future commercial platform,” the document states. “NASA will expand international and commercial partnerships over the next seven years in order to ensure continued human access to, and presence in, low Earth orbit.”

In its budget request to be released Monday, the administration would request $150 million in fiscal year 2019, with more in additional years, “to enable the development and maturation of commercial entities and capabilities, which will ensure that commercial successors to the ISS, potentially including elements of the ISS, are operational when they are needed.”

The plan to privatize the station is likely to run into a wall of opposition, especially since the United States has spent nearly $100 billion to build and operate it. Last week, Sen. Ted Cruz, R-Texas, said he hoped recent reports of NASA’s decision to end funding of the station “prove as unfounded as Bigfoot.” He said the decision was the result of “numbskulls” at the Office of Management and Budget.

“As a fiscal conservative, you know one of the dumbest things you can to is cancel programs, after billions in investment, when there is still serious usable life ahead,” he said.

When asked about the possibility of a public-partnership, he said, “I think all of us are open to reasonable proposals that are cost effective and that are utilizing the investments we made in a way that maximize their effectiveness.”

NASA is currently studying whether the life of the station could be extended to 2028, or beyond, and he said any decision should hinge on that report.

But some questioned who would want to take over the station.

“The ISS is built for science and human exploration; it’s not built for profit seeking,” said Andrew Rush, the chief executive of Made in Space, a company that uses 3-D printing to manufacture objects on the space station.

Frank Slazer, the vice president of space systems for the Aerospace Industries Association, said the plan also could prove sticky with the station’s international partners.

“It will be very hard to turn ISS into a truly commercial outpost because of the international agreements that the United States is involved in,” he said. “It’s inherently always going to be an international construct that requires U.S. government involvement and multi-national cooperation.”

Boeing currently operates the station for NASA, which costs $3 to $4 billion annually. Last month, as reports circulated about NASA pulling the plug on the station, Mark Mulqueen, Boeing’s space station program manager, said “walking away from the International Space Station now would be a mistake, threatening American leadership and hurting the commercial market as well as the scientific community.”

The internal NASA document has scant details over how the privatization of the station would work. As it prepares a transition plan, the White House said it “will request market analysis and business plans from the commercial sector and solicit plans from commercial industry.”

The transition of the station would mark another bold step for NASA in turning over access to what’s known as low Earth orbit to the private sector so that the space agency can focus its resources on exploring deep space. Under President George W. Bush, NASA took the first steps to outsource cargo supply flights to the station to SpaceX and Orbital ATK. President Barack Obama extended that model to hire Boeing and SpaceX to fly astronauts there.

Now, the Trump administration wants to push that public-private partnership even further to encourage “the emergence of an environment in (low-Earth orbit) where NASA is one of many customers of a non-governmental human space flight managed and operated enterprise, while providing a smooth and uninterrupted transition,” the document said.

It didn’t immediately propose what private enterprise might do with the station or which companies might take it over.