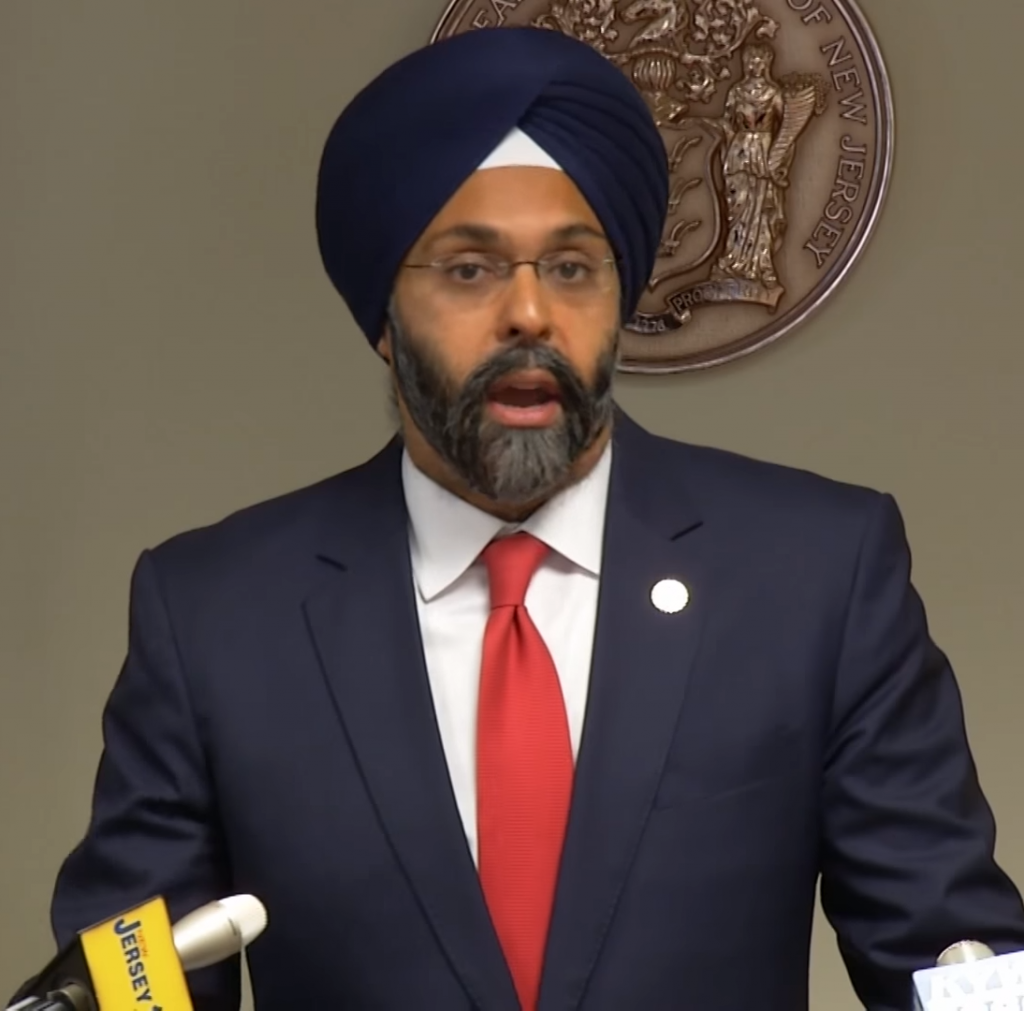 New Jersey under its new Democratic governor is emerging as one of more than a dozen states suing President Donald Trump’s administration on a host of issues, from immigration to taxes.

Gov. Phil Murphy promised, when he took over the state government about a month ago from Republican Chris Christie, that his administration would “resist” Mr. Trump, a Republican, at every turn. So far, his administration has announced New Jersey is embarking on joining lawsuits on a half-dozen issues.

“We will resist every move from President Trump and a misguided congressional leadership,” Murphy said at his inauguration.

It’s a change for New Jersey and a contrast with Murphy’s predecessor, who has said he is a friend of the president and was an early supporter in the general election.

Under Murphy, New Jersey has become one of eight states whose legislatures and governorships are controlled by Democrats, and the governor has promised to move the state leftward.

The suits come after Democratic state attorneys general sued Trump’s administration repeatedly on policies high-profile, such as his restrictions on traveling to the U.S. from some mostly Muslim countries, and relatively obscure, such as pushing for final regulations regarding emissions from air conditioners and walk-in freezers.

The top state lawyers, who are elected in most states, increasingly see themselves as the last line of defense against federal policies that could hurt their states. Republican attorneys general sued the Obama administration dozens of times.

The Democrats are often working in concert, and when they’re not suing the federal government, they’re often threatening to.

The attorneys general have, together and separately, filed about three dozen lawsuits against the administration since Mr. Trump took office.

Unlike in most states, New Jersey’s constitution allows the governor to appoint the attorney general.

Murphy has joined New York and Connecticut in pursuing legal action over the $1.5 trillion federal tax overhaul. His administration also joined other states in suing over the Deferred Action for Childhood Arrivals policy, and over net neutrality, among other cases.

Political analysts say that Murphy’s moves are designed to appeal to the party’s base and that there’s little downside to taking on Mr. Trump.

“At this early stage, (the lawsuits) do not carry much political cost,” said former Christie political adviser Mike DuHaime. “Right now, Gov. Murphy can argue that these federal issues have a direct impact on New Jersey, while frankly, any opposition to Mr. Trump will be cheered by his political base.”

It’s a perspective shared by Democrats, who view Murphy as standing up to Mr. Trump, whose job approval ratings are at historic lows. The tax overhaul in particular hits New Jersey hard because of the $10,000 cap on state and local tax deductions. More than two-fifths of New Jersey residents itemize, with the average deduction at nearly $18,000 in 2015.

“Donald Trump is waging war on New Jersey fiscally, and waging war on many New Jersey residents morally,” said Democratic strategist and former Murphy adviser Julie Roginsky. “So, this is standing up for the 9 million constituents he represents.”

But New Jersey Republicans think Murphy is focusing on national issues to the detriment of state problems, like the highest-in-the-nation property taxes.

“The more Phil Murphy attempts to federalize his governorship, the more it seems he’s dodging the challenges sitting on his desk in Trenton,” said New Jersey GOP chairman Doug Steinhardt. “People are crying out for tax relief.”

The lawsuits come as Murphy’s administration approaches a potentially challenging stretch that entails putting forward a balanced budget that accommodates his multibillion-dollar promises to fund pensions and increase school aid. He has said he wants to raise income taxes on millionaires to finance his spending increases but Senate President Steve Sweeney has balked at the idea in light of the federal tax overhaul and its uncertain effects on residents.

Murphy is expected to unveil his budget proposal next month.