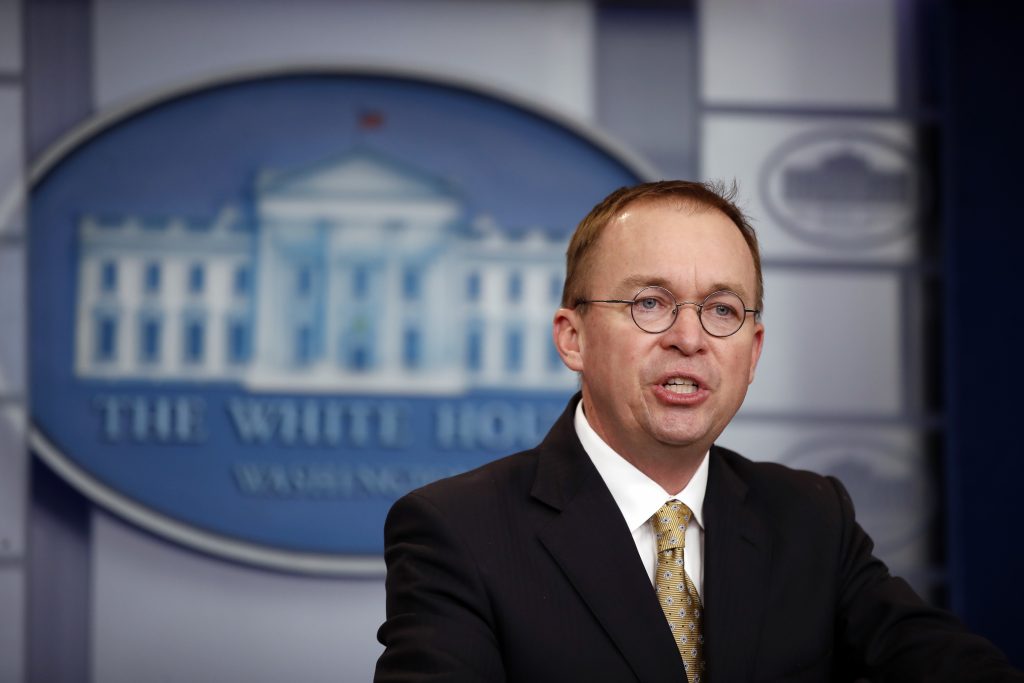 President Donald Trump’s budget director says the budget that the administration sends to Congress on Monday will seek to move some of the billions of dollars in extra spending that Congress approved last week to areas that will reflect the president’s priorities.

Budget Director Mick Mulvaney says the administration’s budget plan will include $3 billion for the wall along the southern border that Mr. Trump has made a priority, but there will be a contingency for $25 billion in spending on the wall over two years if Congress passes legislation to deal with young immigrants known as Dreamers.

Mulvaney acknowledged the new spending approved last week will result in annual deficits in future years of $1 trillion and higher, but he says the administration will propose ways to avoid that fate.