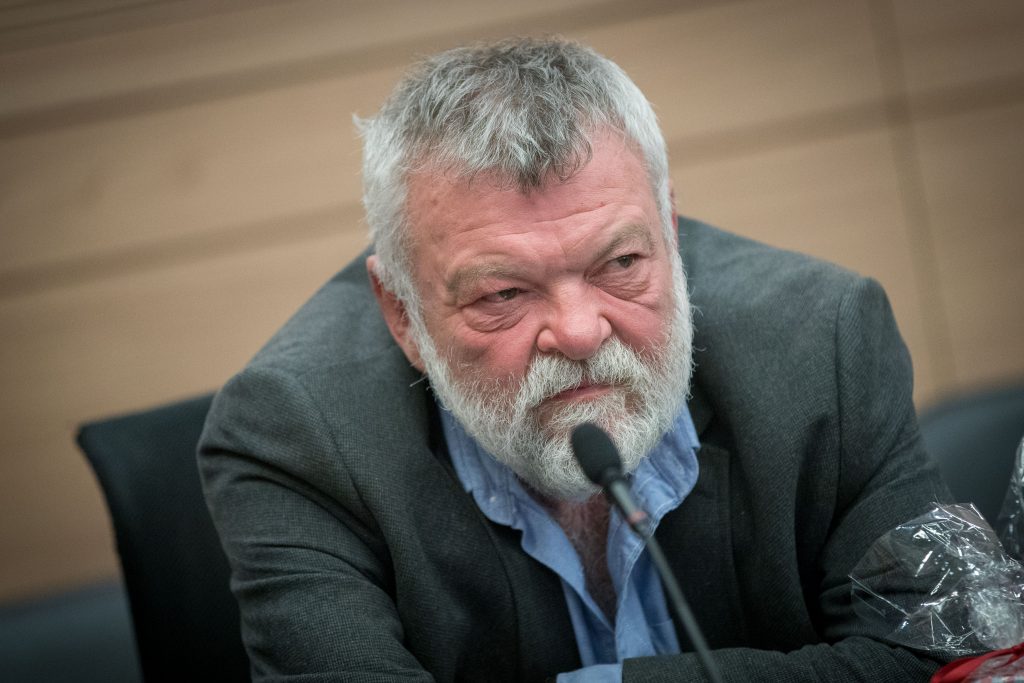 Meretz MK Zehava Gal-on slammed MKs in her own party, as well as others on the left, for claiming that Prime Minister Binyamin Netanyahu had somehow engineered the events of this weekend in order to divert attention away from the police investigations into alleged corruption on his part. “The conspiracy theories that are running around right now are absolutely ridiculous. Netanyahu is a cynic, but he certainly did not organize the felling of an Israeli plane in order to push off police recommendations on his case. The suggestions that he did so are insulting and make me very angry.”

The IDF plane was shot down after Israeli planes hit Syrian targets in response to the invasion of Israeli airspace by an Iranian drone, dispatched from Syria. The Israeli planes were met by a barrage of missiles fired from Syrian military bases, and an Israeli F-16 plane was hit by one of the missiles. The two pilots in the plane ejected themselves, and were taken by Israeli rescue workers to a Haifa hospital. Officials said that the two pilots were in much-improved condition on Sunday.

MK Ilan Gileon (Meretz) said in a social media post that he “hoped that Netanyahu will not increase tension on the northern border in order to save himself from interrogations and recommendations by police to prosecute him, that are supposed to be released this week.” MK Aida Tomah Saliman (United Arab List) said that Netanyahu “is prepared to cause a war in the entire region in order to survive politically. The rightwing government asked for this tension,” which came as the result of “innumerable violations of the sovereignty of Lebanon and Syria.”

The Likud also condemned the comments by the leftist MKs. MK Navah Boker (Likud) said that “MKs Gileon and Saliman, along with others, are trying to connect the prime minister with the increase in tensions in the north, as if Netanyahu orchestrated this in order to escape police interrogations. They should be ashamed of themselves. There is no limit to the evil, the arrogance and the conspiracies. It is sad that even at a time of war, the left sees any kind of attack as legitimate. This is shameful.”