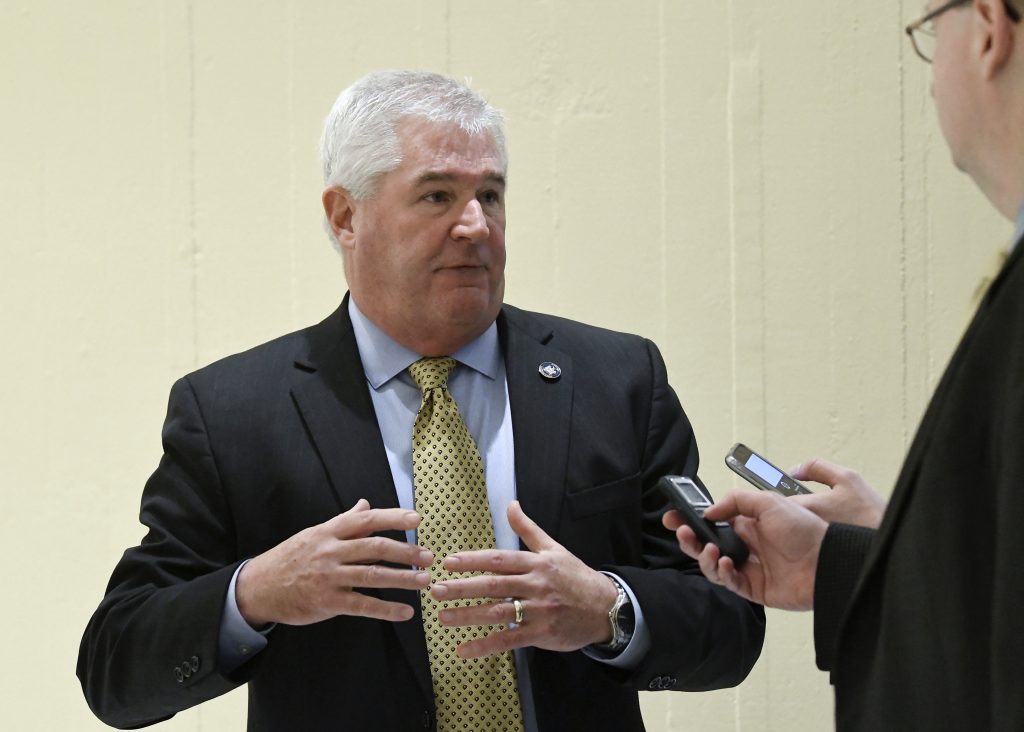 Republican state lawmaker Brian Kolb dropped out of the race for governor on Friday after only two months, leaving the GOP field with an upstate senator as the frontrunner to challenge Democratic Gov. Andrew Cuomo in the November election.

Kolb, the leader of the Republican minority in the state Assembly, said he decided he wasn’t willing to sacrifice time with his family to mount a long campaign.

“As I left my home before dawn this morning, saying goodbye to my incredible wife, I knew that I’d be spending the next week, the week after and every week for at least the next nine months on the road, away from my loving family,” Kolb said. “That moment helped put what is truly important in life back into perspective.”

DeFrancisco’s campaign is off to a fast start, with the lawmaker — nicknamed “DeFran” — criticizing Cuomo’s record on economic development and taxes while noting the ongoing corruption trial of Joe Percoco, a former top aide Cuomo has likened to a brother now accused of taking bribes. DeFrancisco last week traveled to the site of the trial in Manhattan federal court, where he called on Cuomo to “man up” and discuss what he knew about his former aide’s activities.

Cuomo, who is not accused of wrongdoing, has said if the allegations against Percoco are true he’ll be “saddened and profoundly disappointed.”

Kolb was first elected to the Legislature in 2000 and has served as minority leader since 2009. He’s a resident of Canandaigua, a town in the Finger Lakes. He was upfront about the challenges of taking on Cuomo when he announced his candidacy in December.

Cuomo is considered a possible White House contender in 2020 and has yet to formally kick off his campaign for a third term as governor. He has set a fundraising pace that will be difficult for any opponent to match. According to the most recent state filings, Cuomo has $30 million in his campaign account, compared with just over $250,000 for Kolb.

In addition, Cuomo’s party enjoys a 2-1 ratio advantage in voter enrollment over the Republicans.

On the Democratic side, former state Sen. Terry Gipson, of the Hudson Valley, has announced he will challenge Cuomo in the primary. Cynthia Nixon and former Syracuse Mayor Stephanie Miner also are considered possible candidates.