Technology Antarctica Is Such a Trendy Vacation Spot That Chinese Officials Made a Don’t-Touch-Penguins Rule
Health, Science & Technology 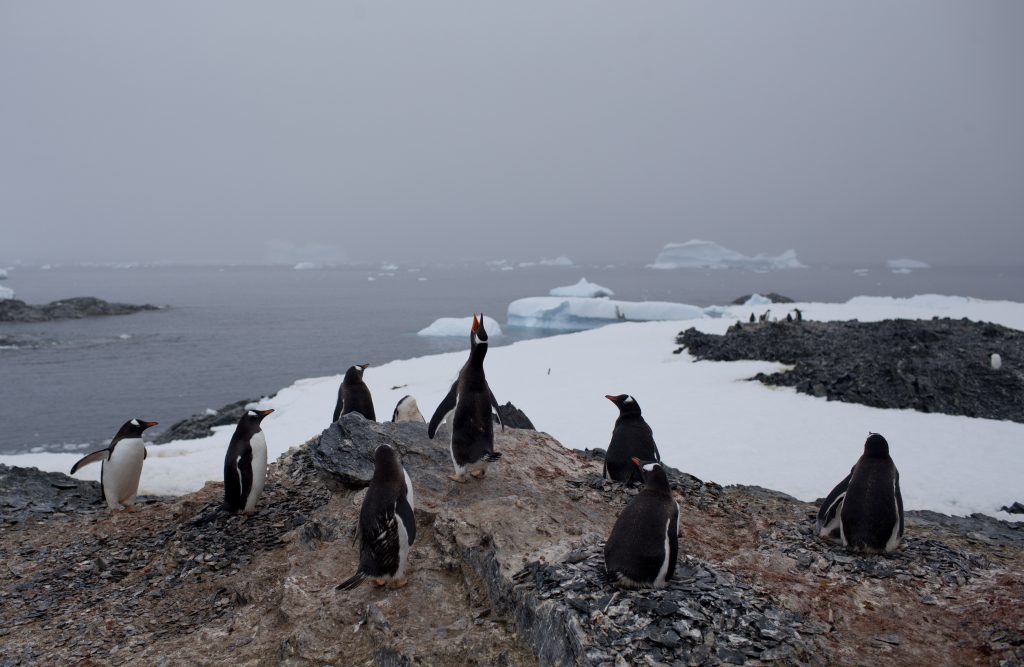 Last summer’s news that a behemoth iceberg detached from one of Antarctica’s largest floating ice shelves has sparked a sense of urgency among tourists eager to check the continent off their travel bucket lists.

That’s especially the case for Chinese tourists, so much so that the Chinese government on Thursday established a new list of rules for people visiting Antarctica: No hunting. No leaving behind solid waste. And no touching or feeding the penguins, according to the South China Morning Post.

Though it’s the coldest, driest and windiest place on Earth, Antarctica offers an adventure to tourists unlike any other: Camping on glaciers, seeing king penguins up close, kayaking around icebergs and attending world-class scientific lectures. Its beauty, and the threat of increasing Antarctic ice loss, are enough to get tourists to pay at least $5,000 to visit the world’s only continent without cities or time zones.

Tourism in Antarctica has risen from fewer than 2,000 visitors in the 1980s to more than 45,000 visitors from around the world last year. The number of people traveling to the frozen continent dipped during the economic recession of the late 2000s, but rose again in recent years, according to data kept by the Rhode-Island based International Association of Antarctic Tour Operators.

As far as tourism numbers go, Antarctica’s might not seem high, especially compared to the tens of millions of people each year visiting countries such as France, Spain and the United States. But in Antarctica, a remote and increasingly vulnerable continent, whose primary residents are researchers, tourism comes at an environmental cost. The cruise ships bringing travelers from Chilean and Argentine ports, for example, also carry air pollutants that can further devastate the region.

“What used to be Antarctic tourism in the late ’80s through the ’90s was generally people of middle age or older going on cruises and small ships where they went ashore at a few locations and they looked at wildlife, historic sites and maybe visited one current station,” Alan Hemmings, a polar legal expert who once commanded a British base in Antarctica, told USA Today in 2013.

“But there’s an increasing diversification of the activities now, so it’s much more action orientated. Now people want to go paragliding, waterskiing, diving or a variety of other things,” he said.

Chinese Arctic and Antarctic Administration officials first announced the new set of rules for behavior in Antarctica in September, after realizing it was one of four countries that had signed the Antarctic Treaty but had not established regulations for its citizens, the South China Morning Post reported. The other countries are India, Poland and Ecuador, according to the Post.

There weren’t any tourists visiting Antarctica in 1959, when the treaty was first created and signed by a dozen nations who supported peaceful scientific study there. Since then, the number of signatory countries has grown to 53.

Chinese citizens last year made up 12 percent of Antarctica’s visitors, with about 5,500 people making trips that typically include chartered flights or cruises that cost at least 100,000 yuan, or almost $16,000. The number of people visiting from China between 2016 and 2017 was second only to the United States, which sent almost 15,000 people, according to IAATO data.

China’s new regulations mandate that tourists and tour groups minimize their footprint on Antarctica’s environment, and bans them from taking part in any activities that could harm or disturb wildlife. Inspectors will watch tourists’ actions, and those who violate the policy will be banned from visiting Antarctica for up to three years, the Post wrote.

In addition to protecting the continent, China’s rules are meant to support its sustainable development in Antarctica, the Post reported. China has four Antarctic research sites and on Wednesday began working on a fifth, which is expected to be ready by 2022.