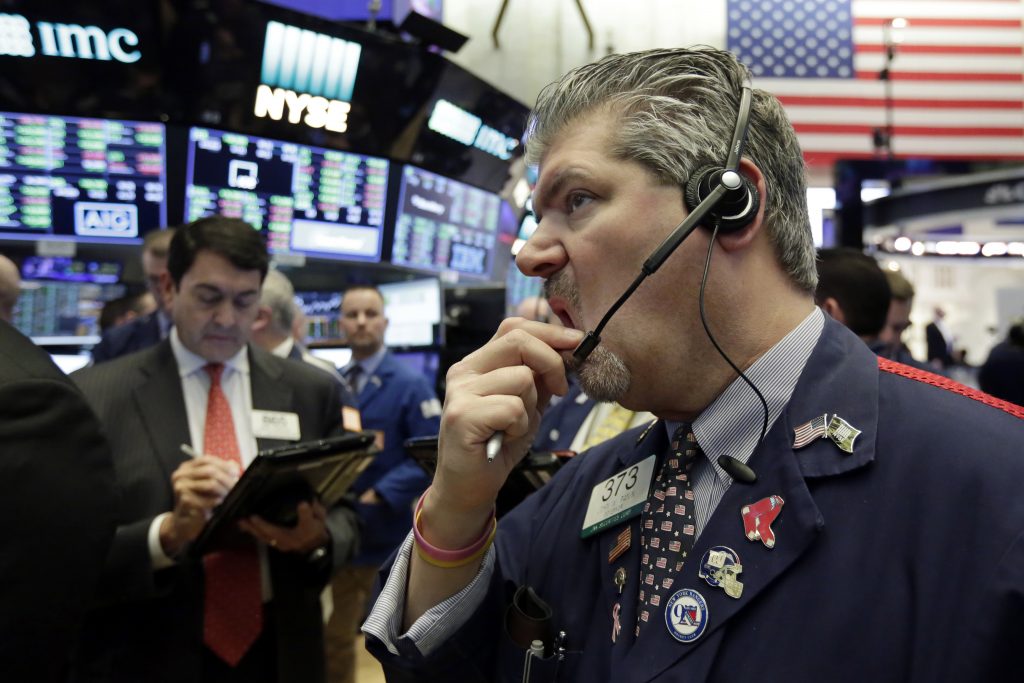 The up-and-down swings came a day after the market entered a correction, or a drop of 10 percent from a recent peak. Major U.S. indexes set their latest record highs just two weeks ago.

The Dow Jones Industrial Average slumped nearly 300 points in midday trading after surging more than 349 points earlier in the day. On Thursday, the Dow suffered its second 1,000-point drop in a week.

Other major indexes also veered lower, piling losses to the weeklong sell-off that has pummeled stocks. The Standard & Poor’s 500 index, the benchmark for many index funds, was on pace to finish its worst week since January 2016.

“When you have an early-morning rally in a decline of this nature all that does is invite selling,” said Bruce Bittles, chief investment strategist at Baird. “That’s what we saw yesterday, and we know where that ended up.”

Bond prices were little changed. The yield on the 10-year Treasury note held steady at 2.83 percent.

The slide in U.S. stock indexes followed a broad slide in global markets.

The market, currently in its second-longest bull run of all time, had not seen a correction for two years, an unusually long time. Many market watchers have been predicting a pullback, saying stock prices have become too expensive relative to company earnings.

“We may have seen the worst, but it’s too early to say for sure. However, our view remains that it’s just another correction,” said Shane Oliver of AMP Capital in a report.

Corrections of up to 15 percent “are normal,” said Oliver.

“In the absence of recession, a deep bear market is unlikely,” he said.

American employers are hiring at a healthy pace, with unemployment at a 17-year low of 4.1 percent. The housing industry is solid and manufacturing is rebounding.