National Trump Thanks Guatemalan President for His Support on Israel
National 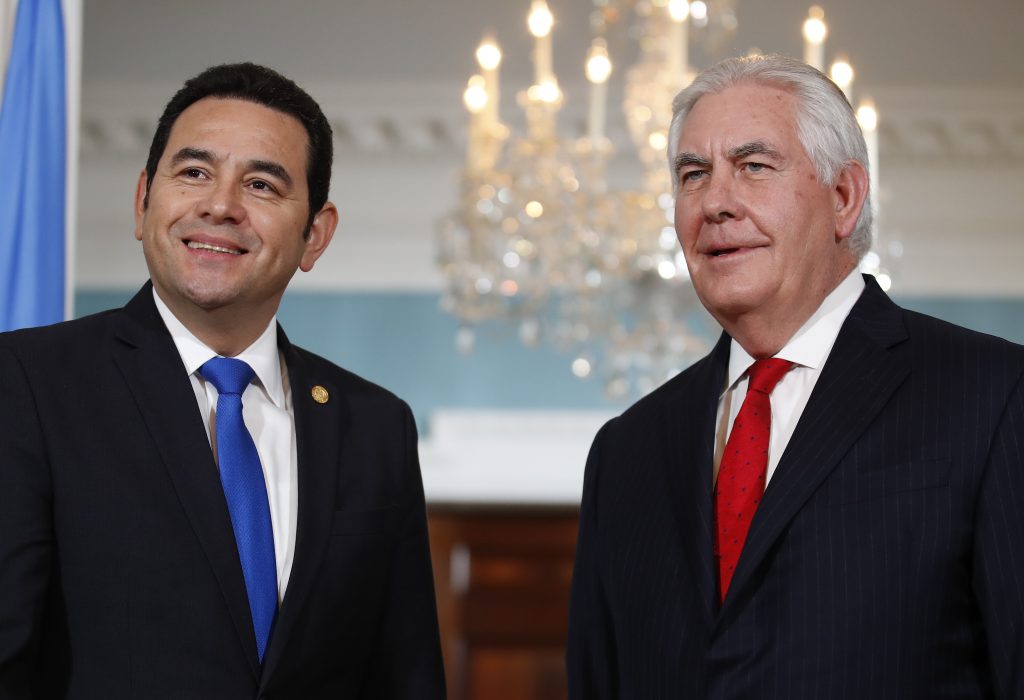 President Donald Trump on Thursday thanked the president of Guatemala for supporting the U.S. decision to move its embassy in Israel to Jerusalem, the White House said.

Trump and President Jimmy Morales met at the Washington Hilton hotel before they attended the annual National Prayer Breakfast. Journalists were not permitted to see the leaders meet.

The leaders discussed Venezuela and agreed to work on restoring democracy to the country, according to a White House statement issued after the meeting.

Trump also raised the issue of stopping illegal immigration to the U.S. from Guatemala, and addressing the Central American country’s security and economic challenges.

Morales recently showed his support for Trump when he announced that Guatemala would move its embassy in Israel to Jerusalem, following the same announcement by Trump last December.

Guatemala is also one of nine nations that sided with the United States on a U.N. vote condemning the U.S. decision.